Like many, Abe Wachsman remembers exactly where he was on 9/11 — but that’s because he was in New York City, ferrying strangers away from the now-infamous scene as it unfolded.

Wachsman, who lived in Queens, said he had driven to his office in the financial district that morning and was able to use his black 2001 Lexus SUV to help a group of strangers.

Wachsman had already picked up three strangers when he spotted a young family near Battery Park on the FDR Drive, and offered them a lift as well.

Wachsman said the parents, who looked to be in their 20s, and their toddler climbed into the SUV and he got them to safety. There was, understandably, a hush in the car, so Wachsman didn’t know much about his passengers except what he could observe.

“My dad told the family he’d take them anywhere they needed to go,” Wachsman’s daughter, Jessica Wachsman-Selznick, posted on Facebook. “They said they were on vacation and staying in a hotel in the Chelsea area. He offered to drop them off right at their hotel door, but they insisted he not get off the highway, as it would have undoubtedly made it a lot more difficult for him to get home.

“So, he dropped them off on the FDR Drive, somewhere in the 20s — within walking distance of their hotel in Chelsea.”

At some point as things settled down, Wachsman realized that in the rush, the toddler had left behind a stuffed toy monkey.

“It wasn’t until I got back home and managed to take a look at what had happened that I noticed the monkey,” he told Fox News.

“I wondered to myself at the time if there was possibly a way of getting this back to the owner. I had grandchildren of my own and the thought that a family and their young child would have come to New York on a pleasure trip to have encountered this, and then the child loses her or his toy. It tugged at my heartstrings.”

But the internet wasn’t what it is now, and Wachsman had no real way to try to reconnect the child with their lost toy. So he held onto it and kept it safe as a bittersweet token.

“For anybody down the area on 9/11 there are some things that are seared in memory and inextricably part of the experience,” he explained. “There was no way I could give up the monkey to anyone but the owner.”

“And for the last twenty years, my dad has not been able to part with it,” his daughter wrote in her Facebook post. “Even though he has had new cars over the last two decades, the monkey has remained my dad’s constant passenger.”

But this year, on the 20th anniversary of the attack, his daughter decided to try to help him find the monkey’s rightful owner. They’re spreading photos and the story on social media in hopes that the former child — who would now be in his or her 20s — might see and reach out.

“The 20th anniversary got me thinking about it more than I normally would,” Wachsman-Selznick told Fox News. “I regret not having done it long ago.”

So she wrote the post, which has been shared on Facebook hundreds of times. She and her father are waiting and hoping to get some closure on this situation.

“Parting with the monkey didn’t seem to be an option,” Wachsman said, according to his daughter’s post. “Rather, I viewed myself as the monkey’s temporary custodian. I had no rational conviction that I would ever meet the family again — they were, after all, from elsewhere, and the likelihood of an encounter was remote.

“Perhaps I thought on some level that there was a need to preserve innocence in the face of that day’s barbarous events … and how better to do it than guard a child’s toy.”

“It’s been two decades now since ‘9/11 Monkey’ was separated from its family, and I think it’s well time to get him home,” Wachsman-Selznick wrote. “To get in touch, please email me at [email protected]”

This article appeared originally on The Western Journal.

We are committed to truth and accuracy in all of our journalism. Read our editorial standards.

The internet wasn't what it is now, and Wachsman had no real way to try to reconnect the child with their lost toy.

Approximately 30,000 mostly Haitian migrants crossed the border at Del Rio, Texas, in September, with only about 2,000 deported to Haiti. 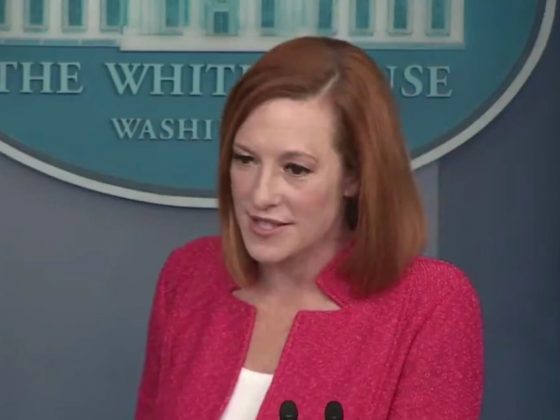 “Can you explain why the American president was criticizing U.S. reporters in that setting?” 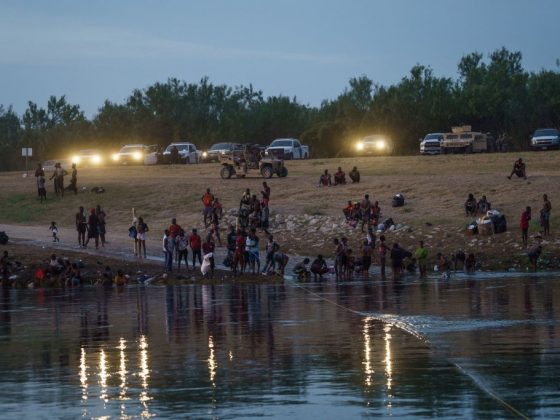 Approximately 30,000 Haitian migrants crossed at Del Rio in September, with only a small percentage deported.

The Biden administration has come out with a plan to make Barack Obama's DACA program a permanent fixture.

“And I think that when there are people that fundamentally don’t believe that the system is fair, you’re going to have a problem.”

False-positive test results are a real issue that's more common than we're being told. They inflate COVID numbers and cause panic.

“Unfortunately, whether we seek it or not, Communist China has waged a Cold War against us for years.”

Ibrahimovic scored in his own goal at 2-0 against Bologna. After 3 minutes, Barrow equalized
Carragher about Ronaldo outside the united Manchester United and Liverpool team: Greenwood became a superstar, we had to find a place for him
Laporta on Messi's departure: Barcelona is above the players. I could not pawn the TV rights for 50 years
Guardiola believes that there will always be dissatisfied players: They are paid to play football, and I say that they will not play. How can they be happy?
Zlatan was the second after Totti in 40 years to make an assist in a Serie A match, starting with the 2004/05 season
Ole Gunnar Sulscher: De Gea is among the best goalkeepers in the world. He's holding his tail with a gun again, it's a pleasure to work with him
Guardiola on 3-1 with Brighton: It would have been over with another opponent after 3-0, but not with this