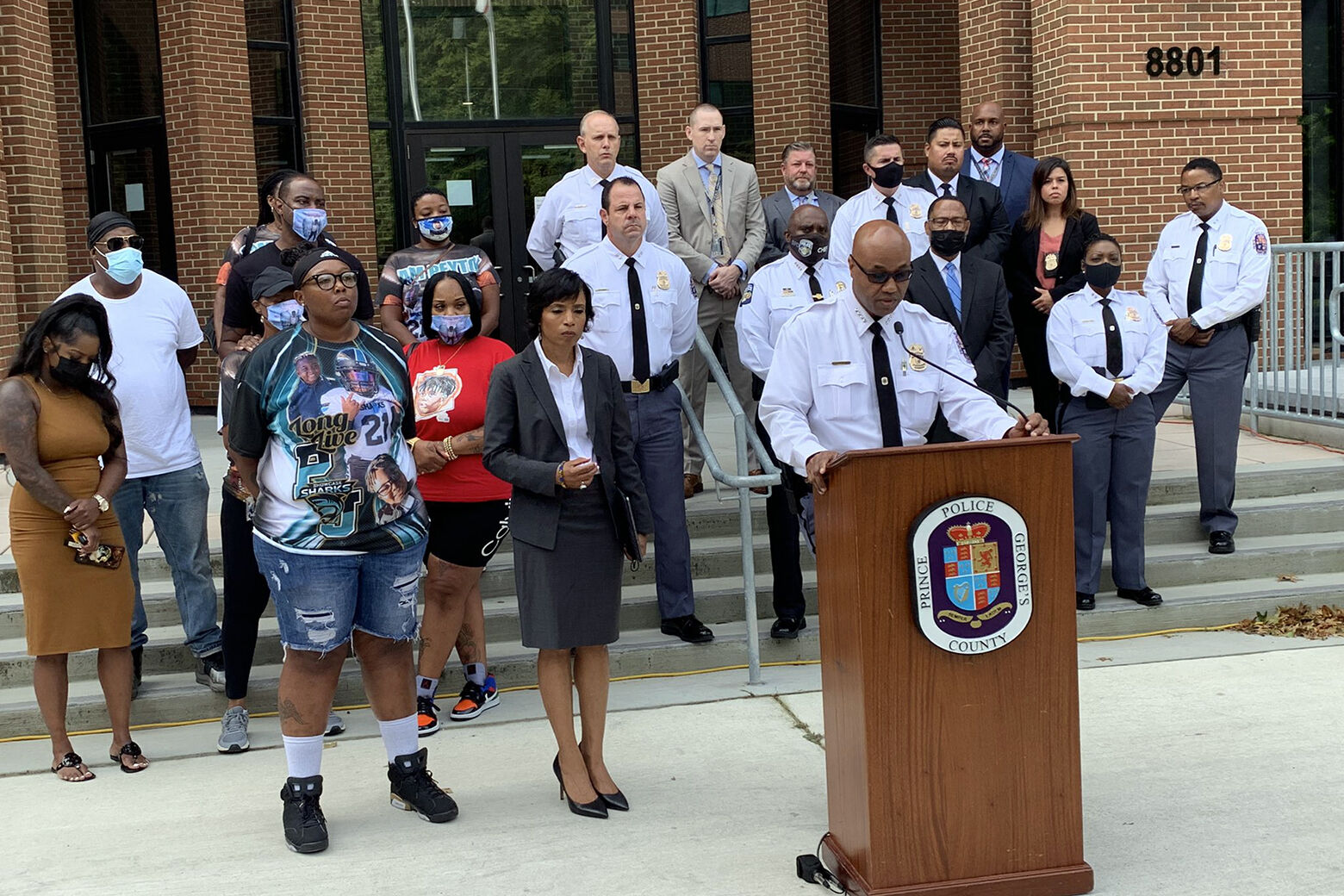 The mother of an 8-year-old boy shot dead while he was playing video games in Prince George’s County said Thursday she got a gift after the suspects were arrested.

“[Police Chief Malik Aziz], he definitely wanted to make it personal,” Tiffani Evans, mother of P.J. Evans, told reporters at a briefing, adding that the police involved were now part of her family.

“So we basically sat down and we talked,” Evans said. “He gave me a gift that I didn’t think I was going to get yesterday, but he gave me the gift of the handcuffs of the guys that they arrested yesterday.”

She said the cuffs will go in her son’s museum.

“I can’t thank the officers, the detectives, the community — just all the love. I can’t thank you all enough,” Evans said.

Asked about the arrests, and speaking at the briefing, Evans said it helps to let people know there are “three less criminals on the street, three steps closer to just getting justice for my kid.”

She said people shouldn’t be followers headed down the wrong path.

Police said the three men were in a white-colored sedan and approached a group of adults gathered outside a residence on the 1600 block of Brightseat Road in Landover.

One of the men fired shots toward the group, and P.J., who was not outside, was struck. He was taken to the hospital, where he was pronounced dead.

The police chief said the three suspects “are no strangers to the criminal justice system.”

“I said that our detectives have been tirelessly working to help close this case. But I have to say that the family and the community was a huge asset in helping to arrest the suspects,” Aziz said.

“Today, we pass the baton to our criminal justice partners to continue the process for delivering justice to Peyton Evans, his mother and their strong and loving family.”

“And I just want you to know Tiffani, on behalf of all Prince Georgians — and I know I can speak on their behalf — that we will be here for you and for this family, that you have our full support, not just today, tomorrow, but you’re going to have the support of this entire Prince George’s County family, and we just thank you and your families, for just the strength that you have demonstrated,” Alsobrooks said.

William Vitka is a Digital Editor and reporter for WTOP.com. He's been in the news industry for over a decade. Before joining WTOP, he worked for CBS News, Stuff Magazine, The New York Post and wrote a variety of books—about a dozen of them, with more to come.

© 2021 WTOP. All Rights Reserved. This website is not intended for users located within the European Economic Area.