If you buy books linked on our site, The Times may earn a commission from Bookshop.org, whose fees support independent bookstores.

Much has changed in America since the publication of George Packer’s “The Unwinding” in 2013. Which is to say much has worsened. Anyone who survived the forced march of 2020 might look back at his account of the country’s widening economic, political and social disparities and yearn for those quieter times.

Eight years after that book — after Donald Trump, COVID-19, George Floyd and the Jan. 6 Capitol siege — Packer has delivered a sequel of sorts, “Last Best Hope.” He finds that the United States has further unspooled, with the fabric of American democracy perilously threadbare as our differences, real and imagined, threaten to shred what remains of our shared national identity.

This time around, Packer dispenses with the red-blue binary. He instead examines what he calls the country’s four competing “narratives”: the Free America of economic conservatives, who venerate the individual as much as they vilify the government; the Smart America of credentialed meritocrats, whose relentless striving leaves them oblivious to the plight of blue-collar workers; the Real America of white Christian nationalists, self-styled keepers of “authentic” democracy who disdain expertise; and the Just America of the woke, who embrace identity politics with equal ardor.

Packer analyzes the limits and flaws of each narrative before proposing ideas for mending the tattered republic. He revisits other moments of national reckoning — the Civil War, the Great Depression, the civil rights movement — in search of a fifth and unifying narrative: Equal America. A two-time Pulitzer Prize finalist — for “The Assassins’ Gate” and a 2019 biography of Richard Holbrooke — Packer spoke with the Times about America’s enduring class struggle, the elusiveness of equality and government’s role in restoring faith in democracy.

What did you learn about the country’s past that helps explain why Americans are so divided today?

I went back into American history to better understand whether there is such a thing as an American identity. [Alexis de] Tocqueville said the thing that struck him most about Americans was their passion for equality, by which he meant the desire to be as good as everyone else, to have the same opportunities, to be able to go anywhere, to be kept out of nothing. Now, that’s an ideal we’ve never reached. But in Tocqueville’s terms, it’s a desire we are motivated by. I think it’s still true, and I began to feel that it’s the failure of equality that is at the heart of so much of our rancor and resentment.

How does inequality hinder lower-income Americans from taking part in self-government?

The situations of people in the lower 50 or 60% [economically] are so difficult, so punishing. Someone who works the overnight shift at an Amazon fulfillment center and then maybe has another job and kids to take care of — how is that person really going to feel the call of citizenship? That kind of inequality is just toxic for a society. It’s impossible to have social peace and shared citizenship when you have such a large class of people who are treated as disposable. 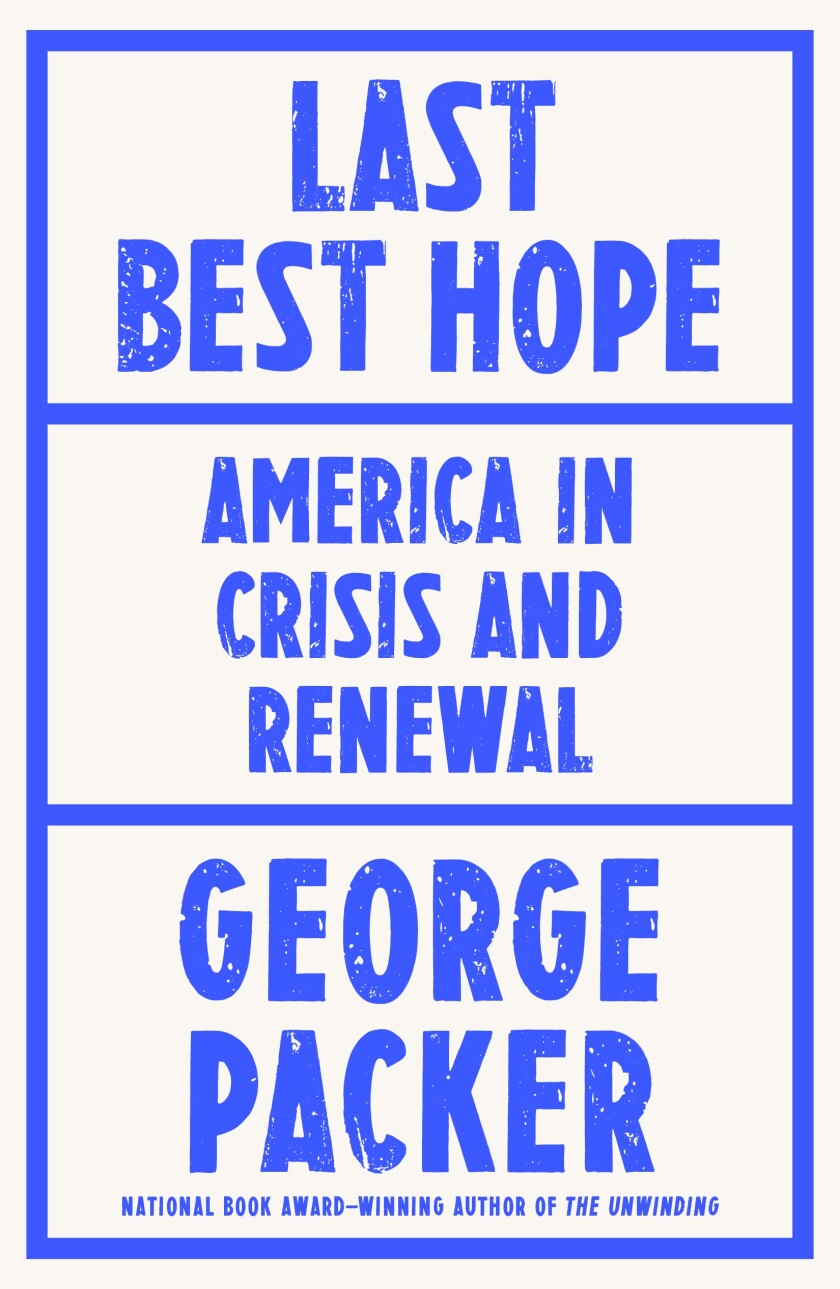 You write that the four narratives, by insisting on discrete visions of America, end up “pitting tribe against tribe.” Is identity an even bigger obstacle than economic disparity to finding common ground?

People really deeply disagree with and even despise one another for their values. Not just their political ideas, but their identities. And identity itself — racial and religious and political — has become a hugely divisive force. It has put us into these monolithic blocs that erase individuality and make it almost impossible to speak across the lines of identity.

How did the pandemic inflame that animosity?

During COVID, everyone was trapped in their own private world and online a lot. That meant people were feeding themselves the internet and social-media vision of other people, which is almost always negative and hateful, even. [The pandemic] also divided us by race and class, because it hit different communities in such different ways. And it divided us politically because red and blue America took warring positions on basic questions like whether to wear a mask.

Now that we’re starting to emerge from hibernation, how can we begin to rebuild a sense of common identity?

Americans need to get out of their own bubbles and force themselves to be among people who we don’t think we like and figure out who they are. One way — and this is not an original idea — is national service: a year or two for young Americans to serve the country in many different capacities, civilian, military, etc. Another way is civics, which has largely fallen out of public-school education. There’s a new movement to bring it back in a way that teaches students not just what’s in the Constitution but how to listen, debate, argue, disagree, compromise — essential skills of democratic citizens. We’ve lost those skills.

You assert that government at all levels is essential to healing the country. How can that happen when there’s so little public trust in it?

I don’t think people can be persuaded by politicians. Neither party has noticeably improved the lives of the broad middle and lower classes, so the cynicism is entrenched. The only thing that can begin to change that is action. A focus on material improvement of people’s lives — rather than attempting to change their souls — is the likeliest way to draw some of the poison out of the system. If Americans begin to see their lives change because of actual policies — raising the minimum wage and giving workers a better chance of organizing unions — there’s a chance of lowering the temperature of our politics.

But realistically, given the gridlock in Washington and the extreme polarization, what are the chances for that kind of change?

We have a Republican Party whose entire purpose is to hold on to power through blocking the other party from achieving any of these goals while reducing citizen participation in elections and democracy. That’s pretty much what it comes down to. It is immensely hard with a divided country and a bare majority and a rather nihilistic opposition for (President) Biden to restore the spirit of (Franklin Delano) Roosevelt. That’s what he’s trying to do, and I think it’s the right thing to do. But it’s damn hard.

Nonetheless, an undercurrent of optimism runs through the book. Are you hopeful about the future?

I know where my political loyalties lie — I’m a liberal — but I just can’t face the country ripping itself in half. And I think there are a lot of Americans these days who feel that way, who don’t really want to belong to any of the tribes. So what’s the alternative? It’s to find a way to say we disagree and yet see one another as fellow citizens, as having some shared identity — in spite of insisting on every difference we can come up with. That thread is the one I’m holding on to for dear life, for my kids if not for myself.

Kuz is an independent journalist who lives in Sacramento.