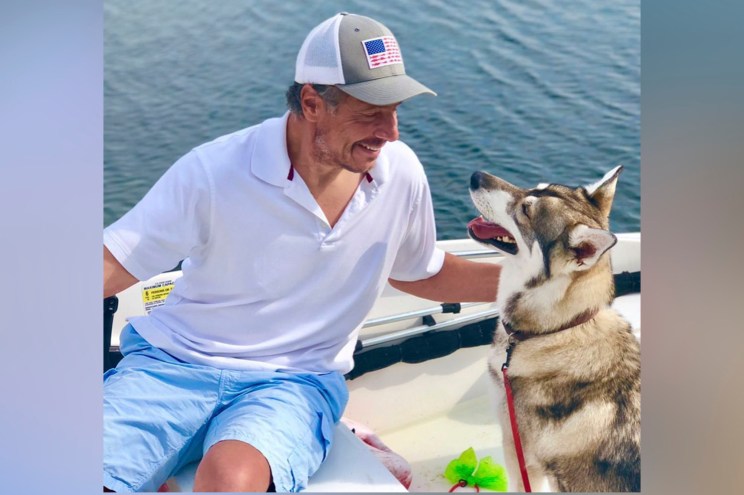 Disgraced ex-Gov. Andrew Cuomo showed what he’s been doing while in hiding from his sex harassment scandal — posting online photos Tuesday of himself and his pet dog on a boat.

“The fall bass run is coming & Captain is ready,” Cuomo wrote in a caption to the shots on his Instagram account.

The pictures show Cuomo, 63, with a scraggly beard as he and the Siberian Husky mix — one of the few friends he still has — gazed into each other’s eyes and nuzzled.

The photos were taken within the past several days in waters off Long Island, a source told The Post.

Cuomo hasn’t been seen in public since shortly after announcing his resignation on Aug. 10 amid a sexual harassment scandal.

Last month, The Post exclusively revealed that his belongings were trucked from the Executive Mansion in Albany to the Westchester County home of his sister, Maria Cole, and her hubby, famed shoe designer Kenneth Cole. 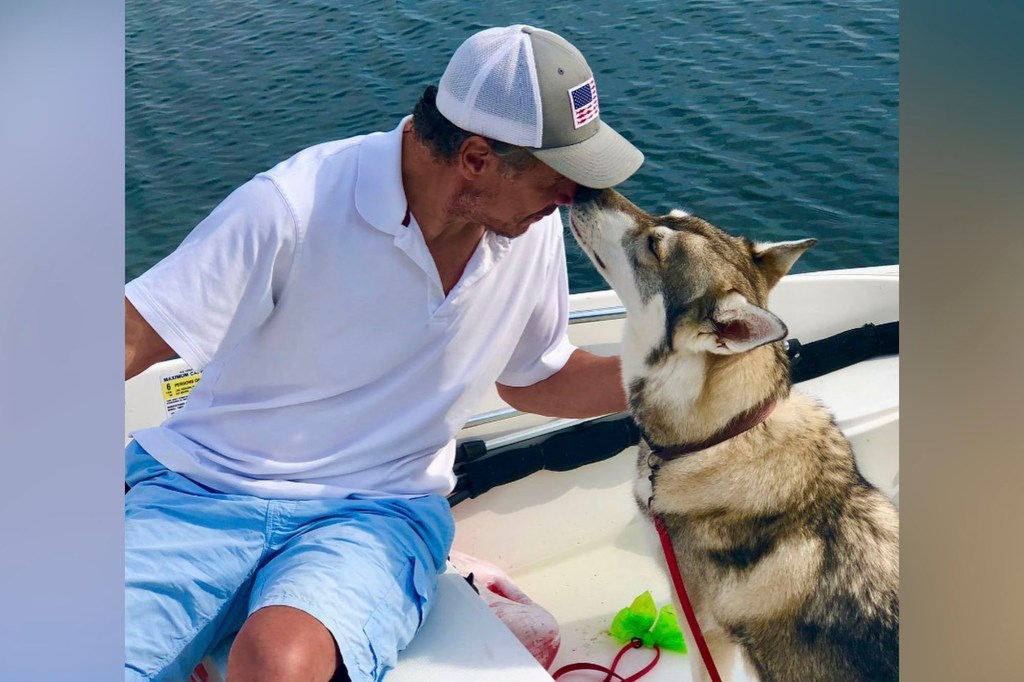 Sources later said he was believed to be holed up in the Southampton home of his longtime pal Jeffrey Sachs, a health care consultant who also let Cuomo crash at his United Nations Plaza apartment after the-then governor split from his wife, Kerry Kennedy.