Rep. Alexandria Ocasio-Cortez used her Twitter account to respond to recent shots aimed at her creditability by President Donald Trump.

Read More: Alexandria Ocasio-Cortez berated by GOP colleague who calls her a ‘f–king bitch’ at Capitol

On his campaign trail on Monday, POTUS gave a speech in Pennsylvania and cast doubt on AOC’s college degree in an effort to appeal to voters in the large swing-state. According to Maggie Haberman, a White House correspondent for the New York Times and analyst for CNN, the president asked “She did go to college, right?” in reference to the 31-year-old as a taunt. 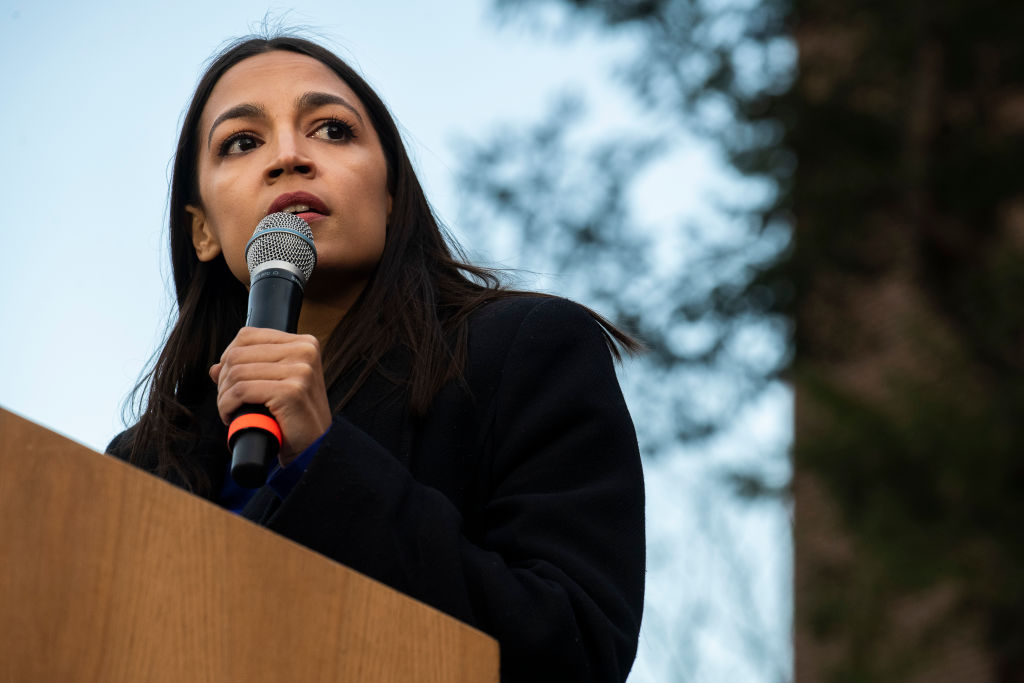 “She did go to college, right?” Trump says in taunt of @aoc during his second rally in PA, where he hopes to boost turnout of non-college-educated voters in support of his candidacy.

AOC responded on Twitter by confirming she does have a degree, however, it is not required to do important work. She called out the classist behavior of the GOP for their treatment of citizens who have professional jobs that do not require higher education. The New York rep also clarified she has hired several people without degrees who have done “incredible, effective, and strategic work.”

“The more college costs soar, the more degrees become a measure privilege than competence. Our country would be better off if we made public colleges tuition-free & cancelled student loan debt,” she tweeted.

I could say yes, but who cares? Plenty of people without college degrees could run this country better than Trump ever has.

As much as GOP cry about “elites,” they’re the ones who constantly mock food service workers, people w/o degrees, etc as dumb. It’s classist & disgusting. https://t.co/t4FepwyeGl

The more college costs soar, the more degrees become a measure privilege than competence. Our country would be better off if we made public colleges tuition-free & cancelled student loan debt.

This is not the only recent issue AOC has pressed on social media. After the Republican Senate confirmed Amy Coney Barrett to the Supreme Court, she continued to press the issue of expanding the court.

Republicans do this because they don’t believe Dems have the stones to play hardball like they do. And for a long time they’ve been correct. But do not let them bully the public into thinking their bulldozing is normal but a response isn’t. There is a legal process for expansion.

Her sentiments were backed up by Rep. Ilhan Omar who retweeted the message and added her own statement.

“Remember that Republicans have lost 6 of the last 7 popular votes, but have appointed 6 of the last 9 justices,” she Tweeted. “By expanding the court we fix this broken system and have the court better represent the values of the American people.”

By expanding the court we fix this broken system and have the court better represent the values of the American people.

A push to expand the number of seats on the Supreme Court has not been met with support by Democratic presidential nominee, former Vice President Joe Biden. NPR reported the hopeful POTUS spoke on the issue following a campaign event in Cincinnati, Ohio earlier this month.

“I’ve already spoken: I’m not a fan of court-packing, but I don’t want to get off on that whole issue. I want to keep focused,” he remarked.

Solskjaer about the match with Istanbul: these are the Champions of Turkey, it will be difficult
Gasperini on the nomination for the best coach of the year award: If we beat Liverpool, maybe I'll get a few votes
Julian Nagelsmann: Leipzig want to give PSG that final feeling they are talking about
Tuchel Pro Champions League: Match with Leipzig - the final of our group
Antoine Griezmann: it's Time to put everything in its place. I've had enough
West Brom goalkeeper on Brunu's penalty: you should not jump before the kick
Brugge coach on the match with Borussia: If you only defend, you have a better chance of losing
Source https://thegrio.com/2020/10/27/aoc-expanding-court-slams-trump-classist-disgusting-comments/

This is the single closest House race in the country

Is this house under a convent in Israel the boyhood home of Jesus?

How safe is it to go to indoor movie theaters during the COVID-19 pandemic?

Giant wind turbine collapses in northern Sweden; no one hurt

New this week: 'Saved by the Bell,' Miley Cyrus & McCarthy

Bruce, the last ‘Jaws’ shark, docks at the Academy Museum

Analysis: Trump finally found someone with a too-crazy conspiracy theory about the election