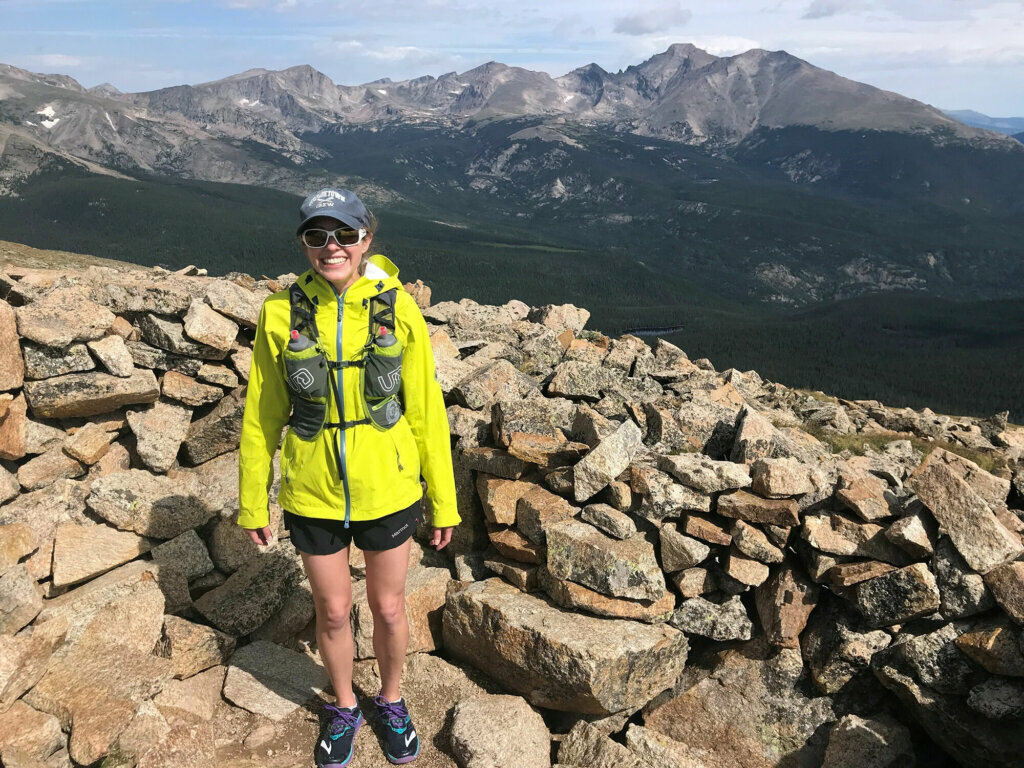 Much has changed in the last few months, and even more has changed over the last 15 years for Elizabeth Sloss, of Arlington, Virginia. She came to D.C. for college in 2005, decided to stick around, and later on got married, too.

She ran the Marine Corps Marathon a few years ago and decided she wanted to run it again. After she signed up, a lot of things changed again.

For one, the pandemic changed the race — it’s virtual now, and people have had several weeks to run their own personal marathons instead of gathering at one spot and taking off together. And while Sloss didn’t plan on it when she signed up, the race has become what she calls her own, personal “farewell tour” of D.C. too.

“Since COVID, my husband and I, we found out we’re moving out west to Seattle, Washington,” Sloss said. “I’m using this race as a farewell tour of D.C. to visit all my favorite places and important locations that have a lot of significant meaning to me.” 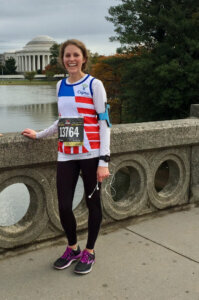 Sloss will run by D.C. sites that hold special meaning for her. (Courtesy Elizabeth Sloss)

“This really is so commemorative of D.C. and what’s so great about living here,” Sloss said.

Using Google Maps and Strava, an app used by runners and cyclists, she’s mapped out her course between Arlington and the city.

Sloss will make sure to run past the spot where the Front Page used to be in the Ballston neighborhood of Arlington, since that’s where she first met her husband. She’ll also run along the Custis Trail in Arlington, too, because that’s a place she runs so often anyway.

But while she’d normally finish the race at the Iwo Jima Memorial in Virginia, this year she’ll finish her race in D.C. — in a place that’s not usually on the course.

“My husband and I got engaged at ‘The Tombs’ in Georgetown,” she said. “I’m planning on … ending the 26 miles there … celebrate all the special memories that we have.”

Sloss will finish her run there, but The Tombs won’t be open, so they’ll get takeout elsewhere.

Along the way she’s expecting to see some friends cheering her on her route — which might help to make the race feel a little more normal. But even though she’s moving to the other Washington, she’s hoping to make it back to run the marathon again — next time the way it’s usually run.

© 2020 WTOP. All Rights Reserved. This website is not intended for users located within the European Economic Area.

Mourinho on Tottenham: We don't have the same conditions as some clubs. They create a crazy market
Hazard was injured for the 8th time in 16 months at Real Madrid. He had 12 injuries in 7 years at Chelsea
Frank Lampard: Abramovich is a man who achieves his goals. Without this, it is impossible to achieve his position
Marcelo was actually grabbed by the hair. Clear penalty. Ex-referee Iturralde Gonzalez on the controversial episode in the match of Real Madrid
Gasperini on Atalanta's defeat: the Players are tired. We pay more for national team games than for the Champions League
Neymar on the draw with Bordeaux: PSG played timidly. If we don't win, it will be as difficult in Ligue 1 as in the Champions League
Real started with Alaves: stupid hand Nacho and wild pass Courtois-again defeat
Source https://wtop.com/marine-corps-marathon/2020/10/arlington-woman-saying-goodbye-to-dc-during-mcm/