Babylon Bee CEO: Liberals ‘threatened by the effectiveness of satire,’ try to silence it

Media Angle is a column offering perspectives on the media landscape from the newsmakers themselves.

The Babylon Bee is a conservative satirical website that uses outlandish-yet-believable headlines and articles to mock everything from the Democratic Party to the mainstream media, but CEO Seth Dillon feels liberals are “threatened by the effectiveness of satire” because so many of the jokes hit close to home. 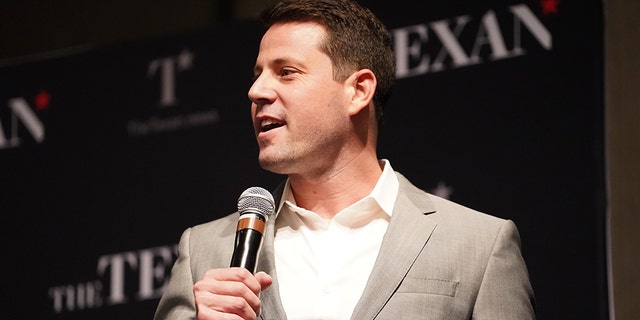 Babylon Bee CEO Seth Dillon explained the difference between satire and fake news, if he has a fan in the Oval Office, why the left gets so worked up about his site and his thoughts on Big Tech censorship.

“When one of our stories is believed, it's an indictment of whoever – or whatever – we're satirizing. It means there's some truth to the point we're making," Dillon told Fox News. "It's not an indictment of satire."

Last week, Facebook offered an apology after it took down a post from the conservative site that mocked Sen. Mazie Hirono's treatment of Judge Amy Coney Barrett during her Supreme Court confirmation hearing.

The Bee has also been suspended by Twitter and retweeted by President Trump while irking the left at just about every step.

Earlier this year, the Bee responded to a CNN reporter who complained that too many people believed the satirical headlines with a story, "CNN Attacks Babylon Bee: 'The Internet is Only Big Enough For One Fake News Site.'"

The site satirically reported, "'There ain't room in this internet for the both of us,' growled one CNN anchor on the air Monday evening. 'There simply aren't enough people out there for us to fool with our fake news stories and The Babylon Bee to fool with their satire. There isn't enough clickbait and outrage traffic to go around.'"

In an interview with Fox News' Media Angle, Dillon explained the difference between satire and fake news, why the left gets so worked up about his site and his thoughts on Big Tech censorship.

Media Angle: President Trump was recently accused of retweeting a Babylon Bee article as if he didn’t realize it was satire. Do you think the president was duped, or trolling his critics?

Dillon: He's just doing what he does. We know from people close to him that he's a fan of the Bee and enjoys our satire.

MA: Facebook and Twitter have both censored or suspended the Babylon Bee’s accounts. Why is big tech censorship such a problem in America?

Dillon: Censorship takes many forms today, but big tech censorship is particularly concerning because these companies control so much of the flow of information. Platforms like Facebook and Twitter are where most people get their news, and it's where they go to engage in debate. By controlling what can be said, and what you see, they're able to shape public opinion and silence voices that have a right to be heard. That's bad for everyone.

We all benefit from robust debate in our public discourse. Sadly, many on the left would rather shut down their opposition instead of doing the harder work of refuting them. That preference, coupled with the control they exert through their ownership of big tech, should concern everyone – not just conservatives.

MA: How is satire different from fake news?

Dillon: The purpose of fake news is to mislead and misinform. The purpose of satire is to entertain or make a point. We're often accused of trying to mislead people when our stories are widely believed. But jokes are funny because of their proximity to the truth, not their distance from it. When one of our stories is believed, it's an indictment of whoever – or whatever – we're satirizing. It means there's some truth to the point we're making. It's not an indictment of satire.

MA: Why did you want to purchase the Babylon Bee back in 2018?

Dillon: Originally, I only wanted to invest in it. But Adam Ford wanted to sell. We met and came to terms that worked for both of us, and it felt like a great fit. I just saw the Bee as this ascendant property that was having an impact. Satire is a powerful vehicle for speaking truth to culture, and I didn't want to miss the opportunity to get involved and see if I could take it to the next level.

Dillon: The media isn't merely biased. To say they are suggests some kind of unconscious inclination one way or the other. It's much worse than that. The media has an agenda. They push narratives. They try to shape the truth rather than tell it. And they're working in concert with one of our two major political parties. So we're unapologetically critical of them for that.

MA: Do you agree with a professor who recently told the New York Times the Bee “maps really clearly with Trump’s conservatism ... which is anti-liberalism more so than it is any kind of principled conservatism.”

Dillon: I think much of that perception comes from the fact that satire is most effective when it's ridiculing or mocking bad ideas. You're going to seem more "anti" than "pro" anything when ridicule is the tool being used to deliver your message. But that doesn't mean we aren't principled conservatives.

MA: Why are liberals so often outraged at the Bee when political satire has existed for decades?

Dillon: I think they're threatened by the effectiveness of satire. G.K. Chesterton said, "Humor can get in under the door while seriousness is still fumbling at the handle." We're taking aim at targets they don't like, we're reaching a big audience, and we're making our points effectively. This gets under their skin, so instead of recognizing our right to do what we do, they try to undermine and malign us, lumping us in with "fake news" to try and get us deplatformed. It doesn't work. In fact, they only amplify our voice when they try to suppress it.

MA: How often has your site made an outlandish claim that actually ends up happening?

Dillon: It happens a lot more often than it used to. I'd say once every week or two we're identifying something in the news that closely corresponds to one of our satirical headlines.

MA: What exactly is Not The Bee, and should readers take it seriously?

Dillon: Not the Bee is a humor-based entertainment site that offers commentary on stories that are so outrageous they should be satire, but somehow aren't. It's a great place to be informed and entertained at the same time, and it's our back-up plan for when reality becomes too crazy to satirize. I'm only half-kidding.

Fox News’ Joseph A. Wulfsohn contributed to this report.

Monstrous deliveries of raikovich and Murilo: one rolled out to the opponent out of the blue, the other just fell 🤦 ♂ ️
Kroos on the defeat by Shakhtar: at the end, we lacked faith that we can win back
Zinedine Zidane: I Don't think about retirement
Loko lost even the third place. Salzburg crushed the squad with 5 Central defenders
Ronaldo won the Golden Foot-2020, Agnelli-Golden Foot Prestige-2020
Schurrle and Goetze will invest in a company that produces marijuana for medical purposes
Mircea Lucescu: With Ronaldo, Juventus comes alive. Cristiano has charisma, it is a defining player
Source https://www.foxnews.com/media/babylon-bee-liberals-satire-silence

Laverne Cox says she was targeted in transphobic attack

City offers reward in case of random ambushes on pedestrians

San Jose mayor on attending Thanksgiving dinner: 'I commit to do better'

'I couldn't save either one of them.' ICU nurse loses husband and mom to Covid-19

For China's Overburdened Delivery Workers, The Customer — And App — Is Always Right

Biden unlikely to tap Democrats from Congress for administration posts

Barr: No Evidence of Fraud That Would Change Election Outcome

Stream It Or Skip It: ‘Don’t Listen’ On Netflix, An Extremely Creepy (If Familiar) Spanish-Language Horror Flick

‘They Stole That Election From Me,’ Rudy Giuliani Said Decades Ago

World Economy Will Bounce Back in 2021, OECD Says

Biden puts economic team on display as transition ramps up

The Race to Authorize Vaccines Intensifies

Big Tech's stock market reign may finally be about to end

Climate Case Against Shell Begins In The Netherlands