The outlet specifically pointed out "how bizarre it is that we haven’t read a thousand stories like this during the pandemic."

"We’re almost finished with our seventh full month of quarantine, a hellscape of endless Zoom happy hours... and Zoom work calls," BuzzFeed senior culture writer Scaachi Koul said before acknowledging that she often doesn't wear pants during Zoom calls. "Haven’t we all done something on a work call that, in normal circumstances, we’d never do during a meeting? Let he without sin cast the first stone; the benefit of working from home is in the comfort to do whatever you want. Endless snacks without judgment, cigarette breaks at your leisure, Real Housewives on all goddamn day." 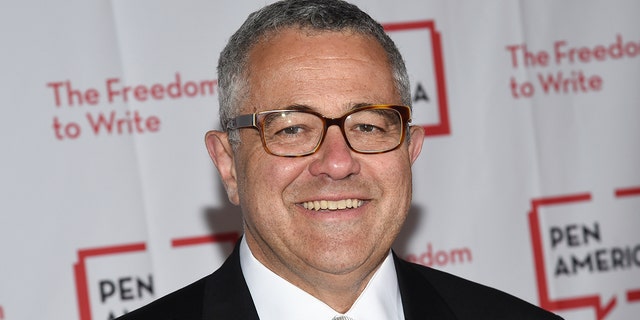 Koul wrote that "it would be naive to think that most people aren’t engaged in some f---ery during a work Zoom" when the video is off whether it's taking a "big, hearty pull off a joint" or even pleasuring oneself.

"You’re going to tell me you’ve never taken a quick three minutes midday to crank your hog? To mash your meat? To butter your own muffin? There’s so little joy left in our lives; are we not at least owed the time to toot our own horns?" Koul wrote. "I mean, maybe not during an active Zoom call where your video is still on. Time and place, I suppose."

The BuzzFeed News reporter elaborated that in quarantine living -- where people try to decide whether they "work at home" or "live in their office" -- "it was inevitable that someone might slip" and "let their colleagues witness them at their most primal."

BuzzFeed News was dragged on social media as critics suggest that the report was "normalizing" Toobin's misconduct.

"What fresh hell is this???" BlazeTV host Sara Gonzales reacted.

"He probably isn't but let's not do this!" journalist Yashar Ali exclaimed.

"I knew someone would write this and I expected Buzzfeed to be the one to do it," Daily Caller reporter Chuck Ross wrote.

"This is so gross. If it's supposed to be satire, it missed the mark completely. Elite media trying to rally around one of their own is..." USA Today writer Hemal Jhaveri tweeted before using the nauseous emoji. "If you wonder how men who do gross things get to stay in power it's because people are quick normalize it with humorous 'satire' when it's clearly sexual harassment."

"Media people/outlets normalizing what Toobin did is further proof that people will go to great lengths to defend a respected white man. This is not normal, it’s not acceptable, and I feel for the people on that call," journalist CiCi Adams similarly expressed.

"The sources said that when the groups returned from their breakout rooms, Toobin lowered the camera," Vice said. "The people on the call said they could see Toobin touching his penis. Toobin then left the call. Moments later, he called back in, seemingly unaware of what his colleagues had been able to see, and the simulation continued."

Toobin, one of CNN's biggest stars, offered an apology for his "embarrassingly stupid mistake" and attempted to explain what led to the incident.

“I apologize to my wife, family, friends and co-workers," Toobin said in a statement to Motherboard. “I believed I was not visible on Zoom. I thought no one on the Zoom call could see me. I thought I had muted the Zoom video."

CNN said in a statement, "Jeff Toobin has asked for some time off while he deals with a personal issue, which we have granted.”

Goodbye, Dad Buba Diop. Thanks to you, I lived the most memorable tournament of my childhood
Nuno about 2:1 with Arsenal: We played amazing, very proud. Jimenez recovered
Arsenal scored 13 points in 10 opening matches - the worst result in 39 years
West Brom can be bought by us investors. The Chinese owner of the club wants 150 million pounds
Lampard on Mourinho's words about ponies: You have Kane, Son, bale and alli. We are all fighting to win the Premier League
Mourinho on winning the Premier League: Tottenham are not in the race, because we are not a horse, but a pony
Laurent Blanc: I will return to football, but in children's. Now coaches are being asked to increase the cost of players, I don't like it
Source https://www.foxnews.com/media/buzzfeed-news-cnn-jeffrey-toobin-masturbation