Even though cruises in the U.S. could be on their way back, they won’t be heading to Canada.

On Thursday, Canadian Minister of Transport Marc Garneau announced that cruise ships with more than 100 passengers staying overnight won’t be allowed to sail in the country's waters until March 1, 2021.

Canada first banned cruise ships on March 19 because of the coronavirus pandemic. On May 31, the country extended the ban until Oct. 31.

By the time cruise ships are allowed back in Canadian waters, it will have been almost a year since they were banned.

CDC LIFTS NO-SAIL BAN FOR CRUISE SHIPS, BUT PASSENGERS WON’T BE ALLOWED ONBOARD YET

According to Garneau’s announcement, Canada is also extending its ban on passenger vessels with more than 12 passengers and “adventure-seeking pleasure craft” in Arctic coastal waters.

Essential vessels including ferries and water taxis are allowed to continue operations, but they must follow government protocols and guidelines, the announcement said.

“As Canadians are doing their part to help reduce the spread of COVID-19, the Government of Canada is working hard to ensure Canada’s transportation system remains safe,” Garneau said in a statement. 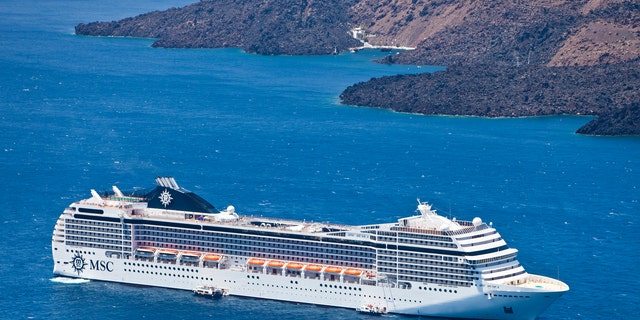 Canada’s Minister of Transport Marc Garneau announced Thursday that cruise ships with more than 100 passengers would not be allowed to sail in Canadian waters until March 1, 2021. (iStock)

“The extension of these temporary measures for cruise ships and other passenger vessels in Canada reflects our ongoing work with all levels of government, transportation industry stakeholders, and Indigenous peoples to help ensure appropriate measures are in place,” Garneau added.

Though the extension of the order does not apply to cruise ships with fewer than 100 passengers, those ships still have to follow provincial, territorial, local and regional policies in order to operate, the announcement said.

Meanwhile, cruise ships in the U.S. can begin the process of getting back up and running soon.

On Friday, the U.S. Centers for Disease Control and Prevention (CDC) released a framework for how cruise ships will be allowed to return to U.S. waters after the no-sail ban expires on Saturday.

However, it is expected to be some time before passengers will be allowed onboard again.

Rooney on the possibility of a move to Barca in the 2010/11 season: Thinking about it. Could fit in perfectly
Hooray, in England they will let the audience into the stands again! While up to 4 thousand and not everywhere, but the clubs are happy 😊
Solskjaer about the match with Istanbul: these are the Champions of Turkey, it will be difficult
Gasperini on the nomination for the best coach of the year award: If we beat Liverpool, maybe I'll get a few votes
Julian Nagelsmann: Leipzig want to give PSG that final feeling they are talking about
Tuchel Pro Champions League: Match with Leipzig - the final of our group
Antoine Griezmann: it's Time to put everything in its place. I've had enough
Source https://www.foxnews.com/travel/canada-extends-cruise-ship-ban-february-2021

Why I’m Mourning the Death of a Giant Telescope

The Queen's Gambit Just Set a Wild Netflix Record--and Yes, It's Absolutely Worth the Hype

If You Left A Monolith In A Remote Utah Canyon, Authorities Would Like A Word

At least 45 people have been killed during Uganda protests

This Is What Life Will Be Like for the First People to Settle on Mars, According to Elon Musk

Below Deck Med's Hannah Ferrier Is Engaged: See Her Ring

How Trump's fundraising could benefit his post-White House political life

Help! I Hate My Wife’s Cooking.

A Meditation on Manhattan in the Work of Torey Thornton

Lori Loughlin's daughters 'very upset' with both of their parents behind bars: report

Why Throwing Out the "Old Bananas" is Imperative to Your Success

Doctors and Nurses Talk About Burnout as Another Wave of COVID-19 Hits U.S.

How Online Tools Can Help Your Nonprofit Survive COVID-19

Shawn Mendes' In Wonder Bombshells: His First Meeting With Camila Cabello and More