The COVID-19 pandemic is well into its second year. However, startling new discoveries about the SARS-CoV-2 virus and a long list of the health complications it sets off are continued to be made. Now, scientists have reported the first recorded instance of COVID-19 triggering potentially lethal blood clots in the arm; which is also the first chronicled instance of the recurrence of such a condition due to the viral infection.

According to researchers from Rutgers Robert Wood Johnson Medical School, COVID-19 may trigger blood clots in peoples arm's and also lead to the recurrence of deep vein thrombosis (DVT) in patients with prior history of the condition. The discovery was made after an 85-year-old COVID-19 patient developed upper extremity blood clots—a condition he was diagnosed with and treated for in the past. 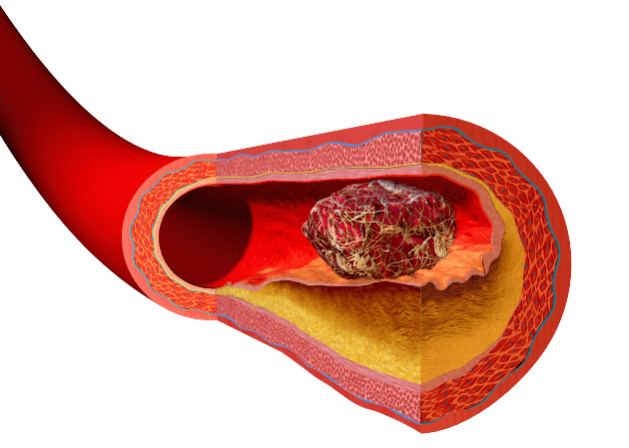 "If you have been previously diagnosed with deep vein thrombosis or have chronic medical illness that predisposes you to blood clots, you have a higher risk for recurrence of a deep vein thrombus in the setting of a COVID-19 infection and thus, should be vigilant," said Prof. Payal Parikh, lead author of the study.

There have been several reports of DVT in COVID-19 patients; around 23 to 49 percent. DVT is a threatening condition that arises when a blood clot develops with one or more veins deep within the body, and it usually occurs in the legs. Accounts of lower extremities deep vein thrombosis (LEDVT) following COVID-19 have been widely recorded. However, the current study is the first to describe the condition in the upper extremities (upper half) of the body.

The case study is part of a larger study involving 1000 hospitalized COVID-19 patients who were admitted and discharged between March-May 2020. Through the research, the authors found that that COVID-19 triggered the reappearance of upper extremities deep vein thrombosis (UEDVT) in an active 85-year-old male asymptomatic COVID-19 patient. 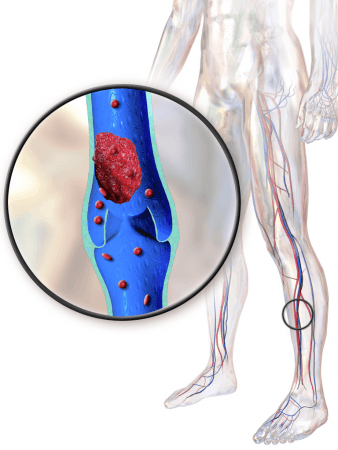 According to the paper, the patient sought help from his primary care physician following complaints of swelling in his left arm. He was referred to the hospital for further treatment and was confirmed to have an upper arm blood clot and an asymptomatic COVID-19. Though the patient's oxygen levels remained optimum, he was admitted to the hospital for the immediate addressal of the deep vein blood clot in his arm.

"Often, blood clots are preceded by chronic inflammatory conditions exacerbated by immobility, and rarely do they occur in patients who are otherwise healthy and active at baseline," explained Prof. Parikh.

What makes this new finding especially worrisome is the recurrence of a condition that remained resolved for a consistent period of time. The patient had experienced his first episode of UEDVT in 2017, with the condition brewing over the course of 2016 along with cardiac symptoms. 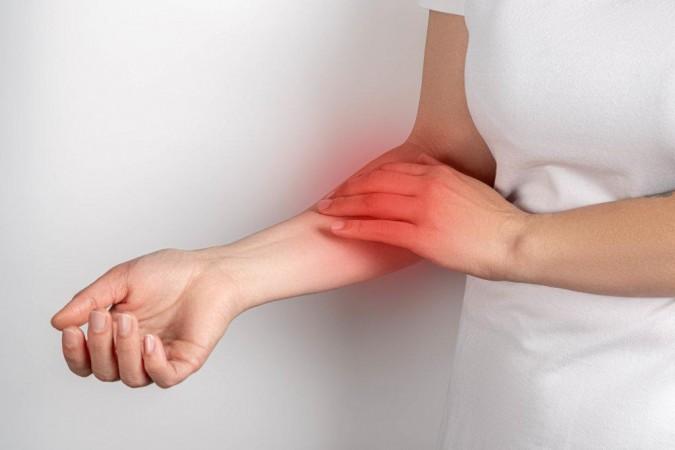 He had a past history of long-standing type 2 diabetes mellitus, hypercholesterolemia, and hypertension, along with coronary artery disease post-myocardial infarction. No prior history of bleeding disorders or clotting, personally or within the family, was reported by the patient.

After ultimately undergoing a thrombectomy and angioplasty in February 2017, and a regimen of anticoagulants (non-clotting medications) following the procedures, the patient returned to his normal active lifestyle. It was in November 2020— four years after his prior episode— that the condition returned again following the contraction of COVID-19.

Though he was adequately treated and discharged, the patient experienced complications such as continued post-thrombotic syndrome (pain and swelling). He also struggled with limited capacity to flex at the elbow, five months post the recurred episode of UEDVT. 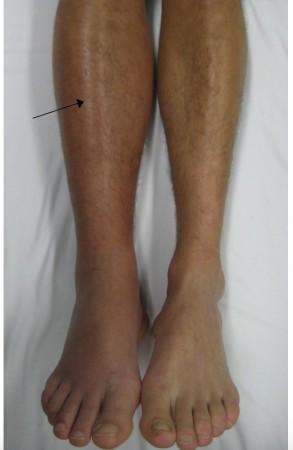 Nearly all cases of DVT are known to arise only in the lower half of the body, mostly the legs. According to the authors, this is rare in the upper extremities. Only 10 percent of these blood clots are said to occur in the arms, with only 9 percent of those cases recurring.

"This is of concern since in 30 percent of these patients, the blood clot can travel to the lung and be possibly fatal. Other disabling complications include persistent swelling, pain and arm fatigue," cautioned Prof. Parikh.

Therefore, the study draws attention to the need for testing for DVT in COVID-19 patients who complain of unexplained swelling. The researchers emphasize that individuals who test positive for COVID-19 must seek immediate medical attention if there is any unexplained swelling, shortness, and decline in their oxygen levels.