After nearly a year of supposedly coordinating the Trump White House's coronavirus response, Dr. Deborah Birx went public about the mishandling of a pandemic that has left more than 400,000 Americans dead. Dr. Birx went on "Face the Nation" Sunday night, and she dropped some bombshells. 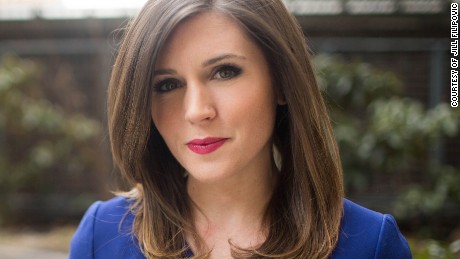 But it's not just the former president who came out looking bad. While Birx isn't wholly or even mostly responsible for Donald Trump's shocking negligence on a Covid-19 response, viewers were still left wondering: Why are we just learning about this now?

Right off the bat, Birx said she was the only person in the White House working full-time on the Covid-19 response. A pandemic was raging, killing more Americans than any war in more than 150 years, and the Trump administration was fighting it with a dedicated team of one.

Then Birx told her interviewer, Margaret Brennan, how the Trump administration simply passed the buck, ceding all responsibility to the states and offering them only "support" -- never fully explaining what that meant or understanding what they needed.

And she disclosed that there was "parallel data" coming into the White House that Trump relied on. Birx said she suspected it came from Scott Atlas, a neuroradiologist Trump put on the task force, who spent the pandemic spreading dangerous misinformation about Covid-19.

She said her own ideas for fighting the virus, which she developed based on deep data-dives and extensive research and planning, were disregarded. She said she didn't know if the former president was told to listen to her at all. And she added that the Trump team muzzled her, refusing to let her speak with the national press and clearly explain the real threat of the disease to the American people.

Another jarring revelation: That nobody but Birx and her one aide regularly wore masks in the White House.

All of this would have been good to know back in the spring. Or summer. Or fall, as Americans were deciding whether or not to keep Trump in office.

Birx's interview is shocking and enraging. But to be fair to Birx, there are mitigating circumstances. Unlike the many power-seeking enablers and hangers-on who eagerly attached themselves to the Trump administration, Birx is a public servant who went where she was called in an emergency. The country was in crisis. Refusing to work for Trump could have put more lives at risk.

"If I think I have something to add, I feel like it's my obligation to the American public to go in and do that," Birx told Brennan. "That's what a civil servant is supposed to do."

It would have been great if she had occasionally stood up to the president and swatted down his dangerous lies, the way Dr. Anthony Fauci, director of the National Institute of Allergy and Infectious Diseases, did. But she occupied a different position, and lacked Fauci's experience navigating complex domestic politics. When Atlas came into the picture and had the ear of the president, Birx was, as Fauci himself explained, living "with this person in the White House every day, so it was much more of a painful situation for her."

Fauci was more distant from the administration, which gave him greater independence and wider leeway.

And Birx was no Fauci, a well-known expert with a stellar reputation who quickly gained a devoted following and was widely trusted by the public. Some of that trust surely came from his willingness to gently contradict the former president. But Fauci had another advantage over Birx: while Trump is mercurial and vindictive toward anyone he perceives as contradicting him or threatening his authority, he is particularly awful to women who cross him.

It's tough to imagine that Birx would have changed much of anything by speaking out. She had a choice: She could call out the president for lying, lose her job and leave the White House Covid-19 task force in the hands of people like Atlas. Or she could keep her mouth shut and try to clean things up from the inside.

She said she chose the second option, setting off to meet with state governors and help them with their Covid responses -- the only effective strategy at her disposal, since the Trump administration punted everything to the states.

Birx fundamentally sees herself as a person with technical expertise who helps to solve public health problems, not a supporter of any particular administration. But like so many long-time federal employees and creatures of Washington, she seems to have badly miscalculated just how political this administration would make a deadly virus, and just how willingly they would ignore the science and endanger the public to soothe the ego of a fragile, unpredictable man.

Even all of this context, though, doesn't absolve Birx. Yes, she's finally spilling a few of the beans about the former president's rank mismanagement of this crisis. But even in this latest interview, she was hesitant to be too critical of the Trump administration. She outlined her frustrations, but avoided pointed criticism of her former bosses. Even now, with Trump gone and retirement looming, Birx was unwilling to hold the previous administration fully to account.

At the very least, there should be a thorough investigation into how the Covid-19 response was so bungled. Who exactly is responsible for failing to protect millions of Americans from disease and death? How did all this happen? Unfortunately, it's still not clear that Birx would be a transparent and fully forthcoming part of that process.

‘I Cannot Be Intimidated. I Cannot Be Bought.’ The Women Leading India’s Farmers’ Protests

California is reserving 40% of COVID-19 vaccine for the neediest. Who will get it?

Lawrence Jones blasts Dems' For the People Act on 'Fox News Primetime': 'They're stealing your money'

Andra Day discusses transformation into Billie Holiday on ‘Super Soul’: ‘She freed a lot of things in me’

Column: California is promising equity in vaccines. But there's a big potential problem

Gabrielle Union, Zaya Wade act out iconic ’10 Things I Hate About You’ scene

Earth's largest-ever mass extinction is a warning for humanity

Woman says she thought Gov. Cuomo was trying to sleep with her

Baltimore HS student fails all but 3 classes over 4 years, ranks near top half of class

One Arizona county has so many vaccine doses, it's now able to offer them to anyone over 18