The USC football job opening has almost every prominent collegiate coach linked to the program as the school launches a national search in the wake of Clay Helton’s dismissal.

Minnesota coach P.J. Fleck is one of those coaches. Fleck took over as the Golden Gophers’ head coach in 2017 after four seasons at Western Michigan.

Glen Mason, who coached Minnesota from 1997 to 2006 and put up a 64-57 record, was asked in an interview with KFAN1003 in Minnesota on Wednesday if he had any advice for Fleck if he were to ask him about taking over the Trojans. Mason said he would tell Fleck the same thing he would tell anyone who’s had success with Minnesota, "Go."

Fleck has not publicly said anything about the USC job.

Joe Rossi, the Golden Gophers’ defensive coordinator, gave the Star Tribune some insight on how the staff deals with rumors of coaches leaving. 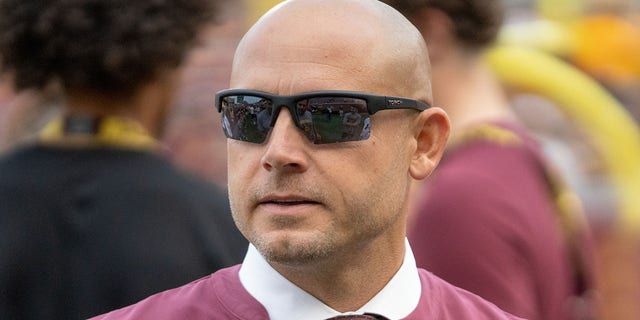 "We explain to [recruits] that we want things to come out in terms of positivity with coach because that means there's success and there's attraction," Rossi told the paper.

For now, USC is going with Dionte Williams as their interim head coach.

USC is 1-1 to start the season and has a road date with Washington State on Saturday.