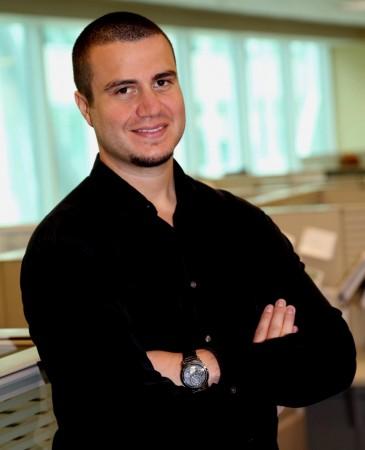 When the mobile video game, Call of Duty, was launched by TiMi Studios for Android and iOS version in October 2019, it was one of the biggest mobile game launches in the history of video games. Within a year, the game had generated more than US$480 million in revenue from 270+ million downloads. What this mobile game also changed is the life of Romanian-born Michael Vlaicu, who is now settled in Canada. Popularly known as "Starbeast" in the world of online games, he has emerged as one of the top-ranking faces on the Call of Duty Mobile scene.

He leads one of the most engaging communities on the game and has thousands of followers who view his stream online. However, his story begins far away from the exciting and happening world of video games, in the communist country, Romania, where he was born on January 1, 1986. When he was born, the country was undergoing one of the worst phases in history, a civil war was brewing and life was hard for common Romanians. His family was no different, as he reminisces, "We would line up for bread for hours, I would eat meat only once a week and cheese was a luxury to come by. As a kid, I remember telling my parents that I wanted to have Tropicana juice, but they could not buy it for me because it was damn expensive." Tired of the daily hardships, his family chose to shift to Holland, eventually choosing to settle down in Canada.

When he was only 9, the day was spent scouring the streets for discarded furniture, since they didn't have money to buy new one. During this difficult period, though the family felt safer, he kept looking for ways to shut down the real world and that is how he developed a passion for gaming. He started visiting the local video game parlour to play the games and after school each day, he would spend hours honing his skills on the Super Nintendo, which was a big thing back in those days. Soon, he gained a reputation as quite the gamer among the neighborhood kids.

When his father noticed his son's passion for gaming, he bought him a MS-DOS computer, so he learned C++ programming language as well as typing. The boy who would go on to become 'Starbeast' in the future cut his teeth playing games with Victor "Nazgul" Goosens, as a member of Team Liquid, for the world-famous game StarCraft, right when it was introduced. He started building his expertise from there and gradually rose up the ladder, playing several video games, winning some and losing some. Talking about that time, he says, "It was during my time with StarCraft; Warcraft that I noticed my typing skills came in handy. I felt like a superhero among my competitors, and I just wanted to keep that exhilaration going."

He continues to revolutionize the gaming scene with his Call of Duty Mobile gameplay, earning many young followers in return. Obviously paying a tribute to thousands of his fans and gaming colleagues, he has the last word, "COD Mobile is my favorite game of all time. This is the future – it allows you to play on PC, Tablet, and Phones."

Henrikh Mkhitaryan: Mourinho and I have a new chapter, we have settled everything. I stayed, believing in the Roma project
Ed Woodward: We are moving in the right direction with Sulscher. Manchester United plays in the best traditions of the club
Ole Gunnar Solskjaer: Manchester United wants to take the biggest and best trophies. We are ready for the next step
Sulscher has signed a contract with Manchester United until 2024. There is an option to extend it for another season
Tottenham have loaned goalkeeper Atalanta Gollini with a buyout option
Liverpool offered 100 million euros for Chiesa. Juventus refused (La Repubblica)
Tottenham will sell Alderweireld to Qatar's Al-Duhail for 15.2 million euros