German reporter Susanna Ohlen working for the European news network Radio Television Luxembourg (RTL) was caught on camera by an onlooker smearing mud on her face before going on-screen to show her involvement in the cleaning up efforts post the devastating floods that hit Germany this week.

The extra pain taken by the journalist to show herself as part of the disaster management efforts, costed her job. As soon as the behind the scene video made it to the internet, the news agency went into damage control and fired Ohlen for her actions. 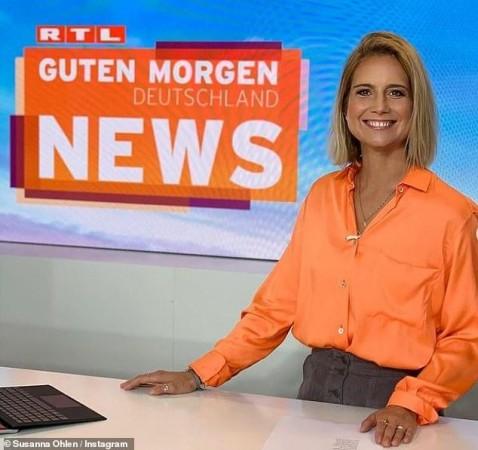 According to the Independent which quoted an RTL spokeswoman in its report, said: "Our reporter's approach clearly contradicts journalistic principles and our own standards. We, therefore, gave her leave of absence on Monday after we heard about it."

Ohlen took to her Instagram account to issue a public apology for her mistake. Defending her, another German TV reporter Katja Burkard wrote, "Dear Sanna, I know that you are not the person many now think you are! You even took a vacation to help out there. I also know that you yourself regret the most for the mistake you made." (Translated from German to English using Google Translate)

However, this isn't the first time that a reporter has taken the support of unethical means, to sell their story.

Indian journo, a step ahead

While for Ohlen, it was just a smear on the face, earlier in May, a Bengali reporter covering the effects of cyclone Yaas was trolled for allegedly asking two people to pretend swim in knee-deep water for the camera. The video report that was broadcast on News18 Bangla, began with close-up shots of the flood swimmers, eventually zooming out and showing others comfortably walking around through the floodwater.

Pointed out by a Twitter user, the reporting gimmick drew much flak for cheating people by showing an unreal picture of the cyclone.

During the Uttarakhand floods in 2013, a local reporter chose to sit on another person's shoulder to report the news live from a flood-affected area.

Narayan Pargaien, the television reporter for News Express later told Newslaundry in an interview, "... what I did was journalistically wrong, but how it's being portrayed now on Youtube and Facebook, like a joke, doesn't feel like it's fair. Also, the report was supposed to be telecast only with footage of me, chest-up. This was entirely the cameraman's fault, who, it seems, almost tried to sabotage my career by shooting from that distance and angle and releasing the video mocking this whole incident, and making me the villain."

Flyers count on offseason pickups to lead them to playoffs

No. 2 Senate Democrat: Raising debt limit under reconciliation a 'non-starter'

From Lyft's Pink Light to Wendy's Sassy Tweets, Strong Brands Stand Out. Make Sure Yours Does Too.