Neha Kakkar and Rohanpreet Singh get married in Gurudwara

Raveena Tandon is one of the most celebrated actors of '90s. The actor hasn't just carved a niche for herself in Bollywood with her acting prowess, and the effervescent star has always opted for intriguing and strong roles.

Be it a sultry yellow chiffon saree, a simple denim jacket or a simple cotton saree with a messy bun she has aced every look with panache. Needless to say, everyone has grooved or aped Raveena's look from these songs, Tu cheez Badi hai mast mast, Akhiyon Se Goli Maare or Tip Tip Barsa Pani. 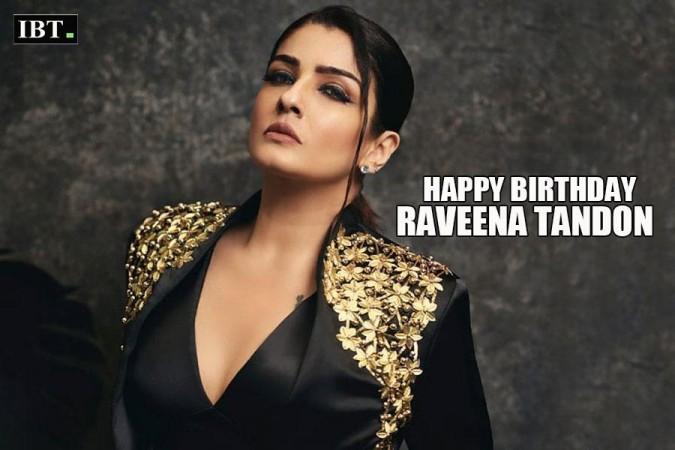 As Raveena turns 46 today, let's take a look at some of the most interesting and lesser-known facts: 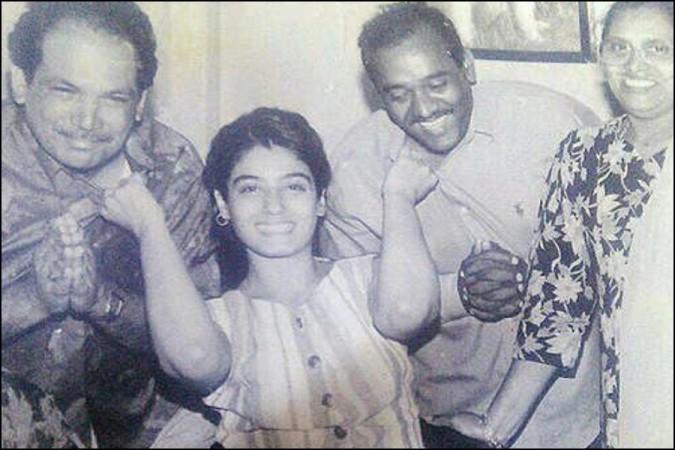 Did you know how she got her name 'Raveena?'

Raveena Tandon's name is an amalgamation of her father Ravi Tandon and her mother's Veena Tandon's names. However, she is also has a nickname, 'Munmun' which was given by actor Macmohan who also happens to be her maternal-uncle. 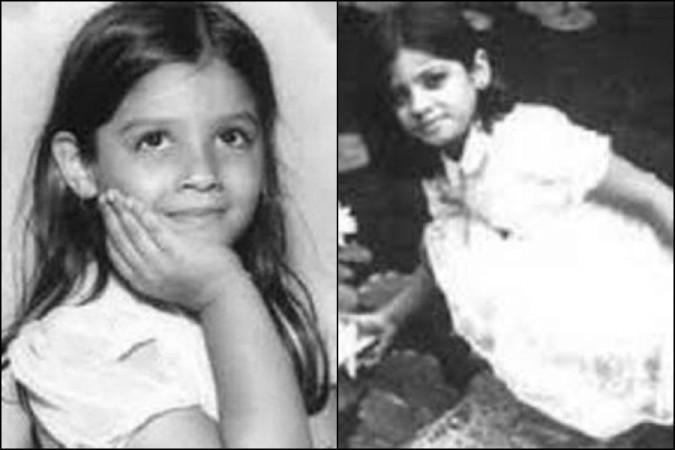 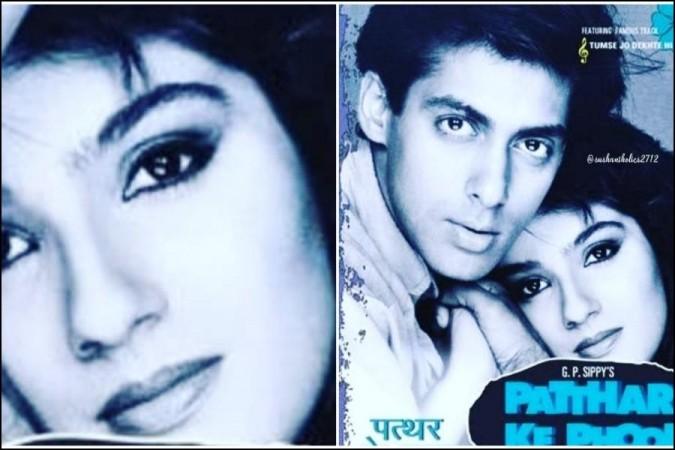 Raveena Tandon and Ajay Devgn studied in the same college:

Raveena and Ajay Devgn have studied together in the same college. Raveena once told in an interview that she was hurt when Ajay didn't recognise her. 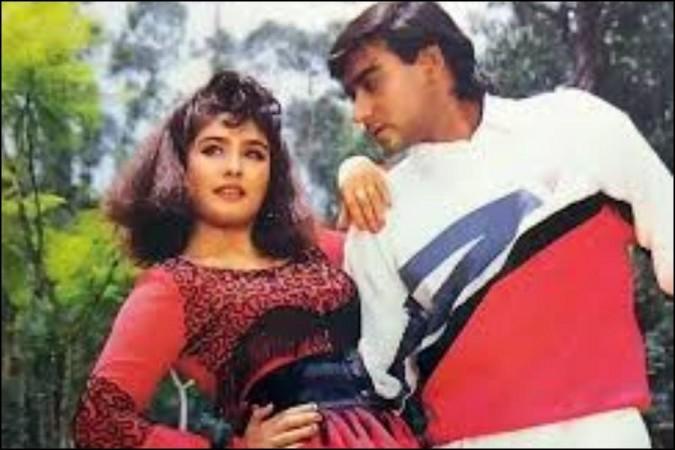 When she was monikered as the 'Mast Mast girl.'

She rose to fame with the film Mohra (1994) opposite Akshay Kumar. Since then, there was no looking back at the actress. One can never forget the song from the film 'Tu cheez Badi hai mast mast', the song became  massive it, and since then fans gave her the title of the 'Mast Mast Girl.' The song is still fresh in our minds.

Apart from Akshay Kumar her Jodi with superstar Govinda was much loved. The duo gave many hits like Akhiyon Se Goli Maare, Dulhe Raja, Bade Miyan Chhote Miyan and many more.

Raveena has adopted Chaya and Pooja and Ranbirvardhan and Rasha are her biological children. 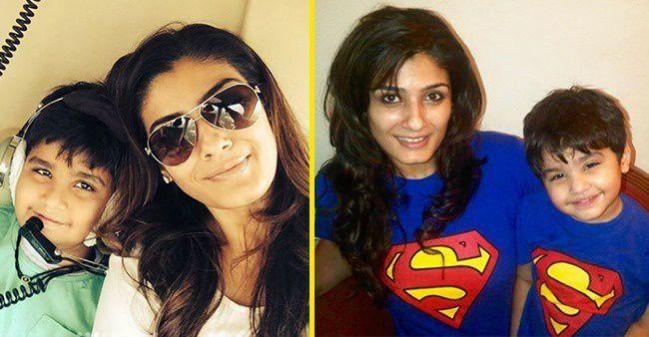 Raveena is a grandmom too! Yes, you heard that right. 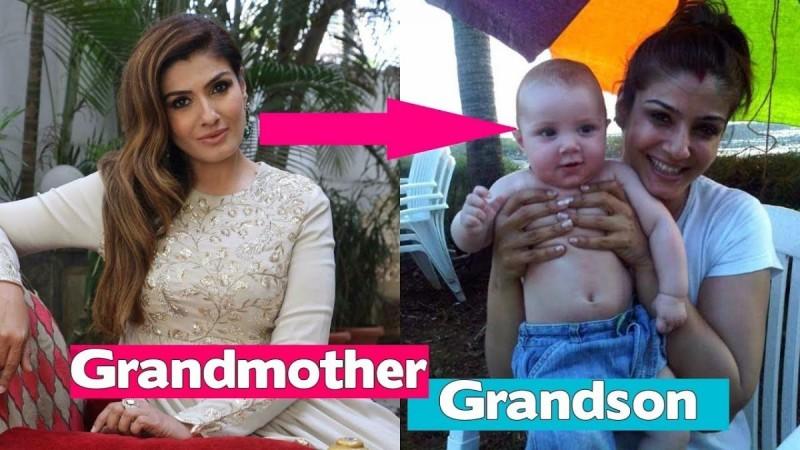 Raveena had a huge crush on Rishi Kapoor:

Raveena had a crush on Rishi Kapoor, and she revealed the fact during the promotions of Bombay Velvet as she worked with Ranbir Kapoor in this film. 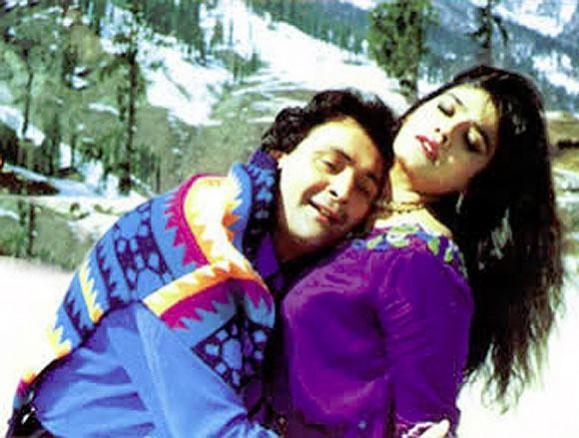 In the '90s and early 2000s, Raveena Tandon turned heads with crop tops in Akhiyon Se Goli Maare, and she became a style icon. Her denim jackets in Andaz Apna Apna was every girl's go-to buy outfit.

Her yellow saree wherein she looked sensuous and elegant.

Raveena set the screen ablaze with her sensuous and elegant look in yellow chiffon saree in the song Tip Tip Barsa Pani. Her fashion was just not limited to movies; every time the lady stepped out and was snapped by the paps, she won them over with her sartorial picks.

Raveena looks classy and elegant in this Indian outfit 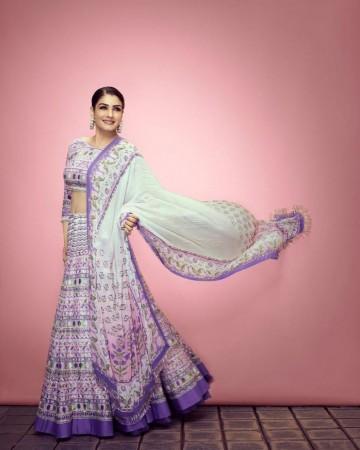 Bling it on! Raveena is surely raising the temperature in this pic, what say folks? 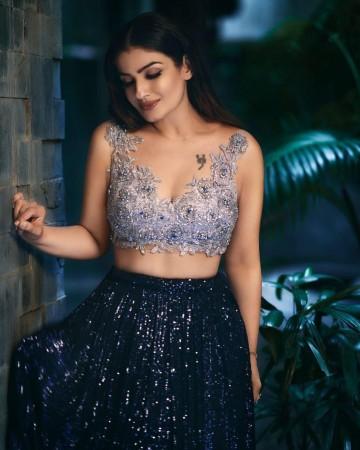 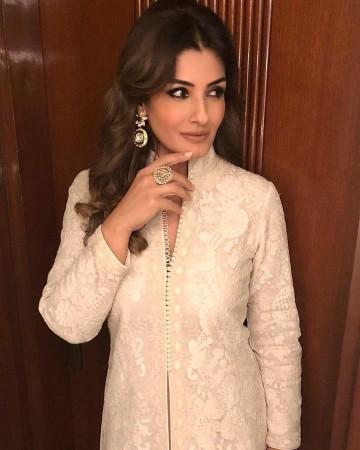 Raveena's sharp and poised look is fading away our Monday blues!! 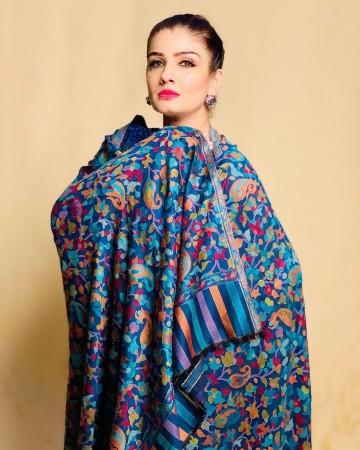 Birthday delight for Raveena's fans on her birthday

On the occasion of Raveena Tandon's birthday, the makers of Yash's KGF: Chapter 2 have released the first look of the actress as Ramika Sen. One can see in the first poster of the actress, Raveena is wearing a simple cotton red saree and in an intense look as she is ready to the law in her hands.

This is how Raveena is celebrating her big day! 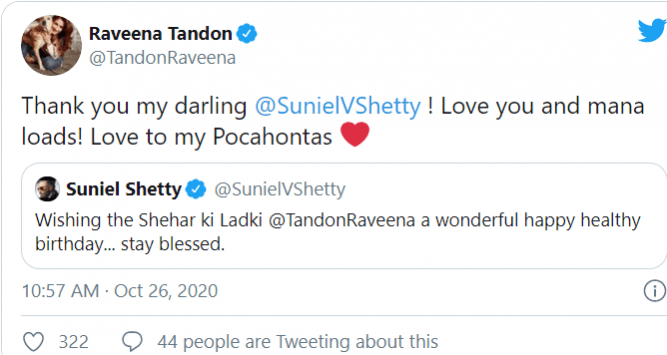 I feel blessed: Raveena thanks fans

Zidane Pro 1-0 with Sevilla: a well-Deserved win. Real Madrid have character
Guardiola has played 700 games in his career as a coach: 507 wins, 111 draws and 82 losses
De Bruyne has 14 assists in 2020. Most of all in the Premier League
19-year-old midfielder Sevikyan made his debut for Levante in La Liga. He is a pupil of Lokomotiv
Barca Director Amor: Messi gave a lot to the club, and the club gave a lot to Leo. I hope he finishes his career here
Dele Ayenugba: they didn't believe in African goalkeepers in Europe, but now a Senegalese is playing in Chelsea, and a Cameroonian is playing in Ajax
Bavaria has watched the midfielder, Inter Aguma. He was included in the list of the best born in 2002
Source https://www.ibtimes.co.in/happy-birthday-raveena-tandon-10-unknown-facts-about-ravishing-mast-mast-girl-bollywood-829697

Covid-19 cases are surging around the country. See where the hot spots are.

Lopez: We've quit ringing the bells each night, but frontline workers are still risking their lives

A Tale of One Chicken

America is going from an outsider president to the ultimate insider

Student loan payments suspended through the end of January 2021

Trump's another surgical strike on H-1B visas; how Indians bear the brunt [details]

The Warner Bros. streaming plan might be convenient now, but it'll cost us later

'Parents are desperate.' Zoom Santas are cashing in

A few hours of flu-like symptoms? 'Absolutely' worth it for this woman who was in a Covid-19 vaccine trial

No matter how many times Donald Trump loses, Republicans won’t admit the truth

Gonzaga vs. Baylor prediction, line: Take Bears in No. 1 vs. No. 2 battle

A primer on presidential family pardons

What's the science behind L.A.'s new restrictions? We asked the experts

‘Rising Up at Night,’ ‘Feathers of a Father’ Win Marrakech’s Atlas Workshops Awards

Analysis: America is going from an outsider president to the ultimate insider

'He Will Be A Happier Elephant': Vet Describes What It Was Like To Rescue Kaavan

Lockdowns are depressing and economically devastating. But California might not have a choice

The Volkswagen ID.4: Is this the car that makes electrics go mainstream?

Is ‘Natural Immunity’ From Covid Better Than a Vaccine?

Review: '76 Days' takes an emotional look inside Wuhan hospitals during the COVID-19 lockdown

Home of the Week: A jagged, striking structure in Santa Monica

10 Holiday Gifts for the Person Who Has Everything

Help! My Friend Advertises Her Business as “Latina-Owned.” She’s Not Hispanic.