HDFC Bank issued a statement confirming the issue has since been resolved.

Customers of HDFC Bank have been facing issues with the bank's mobile banking application during the day.

In a tweet, the bank has said that it is looking into the matter on priority and urged the customers to use net banking to complete their transactions.

"We are experiencing some issues on the MobileBanking App. We are looking into this on priority and will update shortly. Customers are requested to please use NetBanking to complete their transaction. Regret the inconvenience caused. Thank you," the bank said in tweet.

Several users took to social media to complain regarding the issues faced on the app. 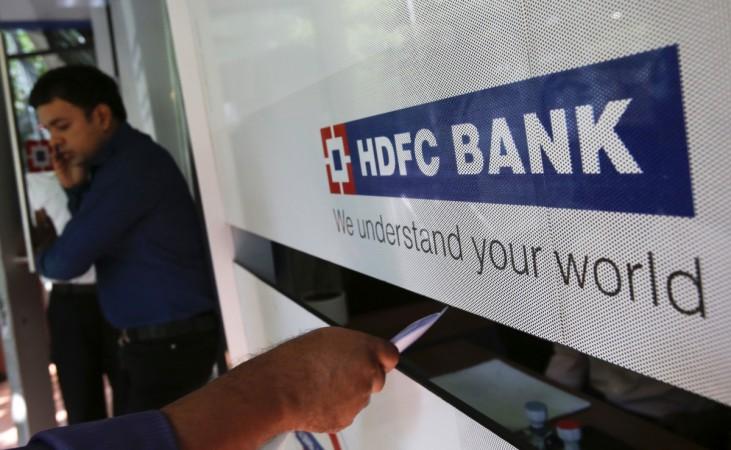 According to 'Downdetector', the issues surged around 10.45 a.m. and people are still facing problems.

This is yet another glitch after customers faced issues in net banking and mobile app in March.

In November last year, a major outage occurred in the bank's internet banking and payment system due to a power failure in the primary data centre, following which the Reserve Bank of India (RBI) in December asked the bank to temporarily stop all launches of the digital business generating activities and sourcing of new credit card customers.

In February, the RBI appointed an external professional IT firm to carry out a special audit of the entire IT infrastructure of HDFC Bank following the outage.

Hurricane season to be busier than first thought

Protesters gather at Indian crematorium where girl, 9, raped and murdered

Amazon delays return to office to 2022 due to COVID

Barcelona says Messi will not stay with the club

Dr. Tom Price: In infrastructure push, Congress is throwing patients under the bus

As China Cracks Down, Hong Kong Residents In The U.S. Have Been Given Temporary Haven

A24, Square Peg to Develop Adrian Tomine’s ‘The Loneliness of the Long-Distance Cartoonist’ as TV Series (EXCLUSIVE)

The Afghan Friends We Leave Behind

Hungary’s Leader Is Everything American Authoritarians Wish Trump Was

Vogue shot its September cover at the office

The World Has Been On Fire For the Past Month. Here’s What It Looks Like

Blac Chyna claims she was hacked after ‘transphobic’ tweet about Tyga

Pennsylvania woman killed by dogs she was taking care of for roommate, police say

How to Prevent a Toxic Post-Pandemic Workplace

Man claiming to be Jesus stabs three in Pittsburgh