Most anticipated movies of 2020

The Fast & Furious movie saga is finally coming to an end. Universal Pictures is all set to end Vin Diesel-starrer Fast & Furious saga, but all the spin-offs and standalone movies will remain under production.

The final two films in the action-thriller instalment would get Justin Lin as a director, who is currently busy with the post-production of F9. 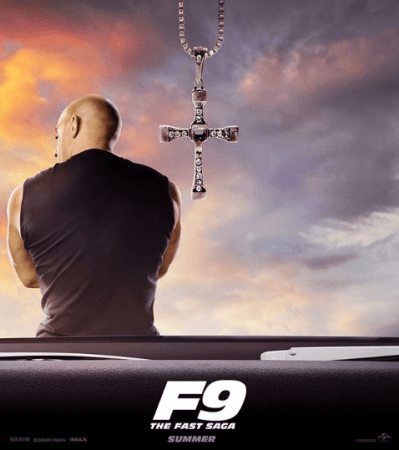 It is yet to be reported as when the pre-production and filming of the final two movies in the Fast & Furious saga will begin. As per Variety, the two movies would indeed have a massive storyline and follow all our favourite Fast & Furious movie characters' lives.

The Variety report has confirmed that the core storyline following Vin Diesel's "Toretto and his family of fellow car-enthusiasts-turned-thieves-turned-physics-defying-superheroes will conclude after Lin directs the 11th instalment." Still, the spin-off movies like Hobbs & Shaw and others will remain in development.

Just like the Marvel Cinematic Universe has its ardent fans, there are millions of fans who love the Fast & Furious movie saga to the core. Following the news that the movie franchise is finally coming to an end, several fans took to their social media handles to pay their tribute to the saga.

#FastAndFurious I am hearing they are ending it and fast11 will be the last of it. I don't believe because I remember they said 10 first and now one more and yes it's gonna take at least six years to release next 3 so chill.

The Fast and the Furious or Fast & Furious movie centred on a series of action-thriller films that follow illegal street racing, heists, and spies who work for the police department.

The first film in the saga was released in 2001, which started the original trilogy that mostly focused on illegal street racing. The series was later revived with the 2009 release, Fast & Furious, where the story entered the world of heists and spying -- it was later followed by four more sequels.

The latest movie in The Fast Saga, titled F9, was initially planned to release earlier this year. However, the studio pushed the date for Memorial Day 2021 weekend due to the ongoing Coronavirus pandemic.

Hertha celebrated the victory with empty stands: they applauded, talked, Guendouzi even threw a t-shirt
Tuchel does not intend to renew his contract with PSG. He will become a free agent in the summer
Massimiliano Allegri: I Want to work in the Premier League. The League is progressing thanks to foreign coaches
Branislav Ivanovich: Abramovich is one of the most important people in my career. Not just the owner, but a friend
Zlatan Ibrahimovic: Jordan's Chicago is a perfect example of the character of the winners. I'm not Michael, but I also demand a lot
For the first time, Ronaldo does not Interfere with Juventus. This season will be his best in Italy, but Torino risk repeating real's problems
Serginho Dest: I Hope to play with Messi for another season. Everyone wants him to stay
Source https://www.ibtimes.co.in/heartbreaking-vin-diesels-fast-furious-film-saga-end-f10-f11-829536

Gearing Up For a Big Launch Day? 5 Strategies to Execute It Stress-Free