Here are the topics for tonight's debate 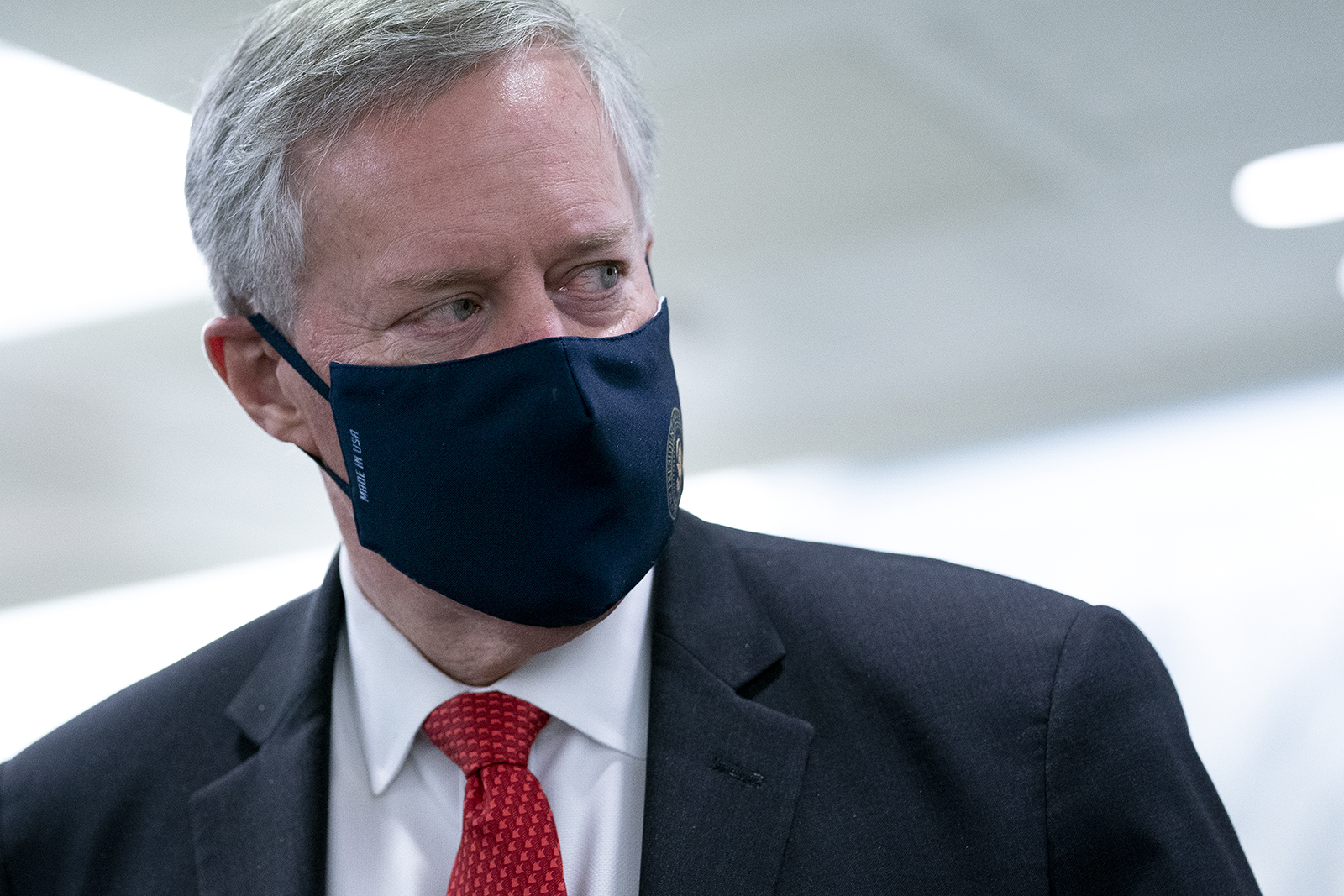 After a Covid-19 outbreak at the White House, Chief of Staff Mark Meadows says wearing masks “is not the panacea” to make sure the virus doesn’t spread.

“Will it help in confined spaces? Certainly, it helps,” he told CNN's Wolf Blitzer. “But we also need to understand that wearing a mask — if we could say, ‘we mandate masks and everybody can go back to work,’ then that would be something to consider. But even the doctors, even Dr. Fauci would say that that is not something that would protect all Americans.”

Meadows was also asked if he alongside Trump's family and guests will wear masks this time in the debate hall after some from Trump's entourage failed to do so during the first presidential debate.

“That's part of the rules this time. It was not mandatory last time,” he said. “It’s mandatory for anyone in the audience to wear a mask. So, we'll comply with that.”

“We’ve all been tested,” he added.

Both President Trump and Joe Biden’s campaigns agreed that the plexiglass that was once up in the Nashville debate hall was not needed and should be taken down, Frank Fahrenkopf, head of the debate commission, tells CNN.

Fahrenkopf told CNN earlier today that the plexiglass was up at the recommendation of the medical advisers on the ground.

Fahrenkopf said this afternoon, the advisers said they believed the barriers “would be helpful under the circumstances” but changed their minds once they “found out the President was tested today and tested negative” and had gone days without any signs of coronavirus.

The medical advisers also called Dr. Anthony Fauci and the public health expert “agreed that the plexiglass wouldn’t do anything,” Fahrenkopf said.

It is now unlikely that plexiglass dividers will be present for tonight’s debate, Commission senior adviser Peter Eyre tells the pool in Nashville.

Circumstances on the ground have changed, he said. There was no further explanation given.

The dividers had been visible earlier on the stage but have now been removed, according to the pool.

Masks are required for everyone at all times and anyone who doesn’t oblige will be asked to leave. Also, everyone within the perimeter, and therefore any debate-related area, will be tested, the commission says.

Earlier Thursday, Frank Fahrenkopf, chairman of the commission on Presidential Debates, had said the large plexiglass barriers between the two podiums at the Curb Event Center in Nashville would remain in place for the debate at the recommendation of medical advisers from The Cleveland Clinic.

Tonight was supposed to be the third and final presidential debate — but instead, it's the second and final one.

Last year,  before we even knew who would be the Democratic presidential nominee, the Commission on Presidential Debates scheduled three debates for Sept. 29, Oct. 15 and Oct 22.

But last week, the commission canceled the Oct. 22 debate between President Trump and Joe Biden after the President declined to do a virtual debate despite concerns over his Covid-19 diagnosis, organizers said.

Instead of meeting on the same debate stage and directly taking on each other, Biden and Trump held individual, competing town halls.

How the last week's debate fell apart: Ahead of the scheduled second debate, the Commission on Presidential Debates announced it was shifting to a virtual debate due to concerns about coronavirus, particularly after Trump's positive diagnosis with the virus.

Shortly after, the President announced he would not participate in a virtual debate. The Trump campaign then proposed delaying the the town hall debate a week, and pushing the third and final debate a week as well. Biden's campaign rejected that proposal, and in the meantime, Biden booked a town hall on ABC.

After Trump released letters from his doctor clearing him to resume public activity, his campaign pushed for the in-person debate to be reinstated.

The commission officially canceled the debate just days before it was set to be held. NBC on then announced it would hold a town hall with Trump at the same time as Biden's ABC event. 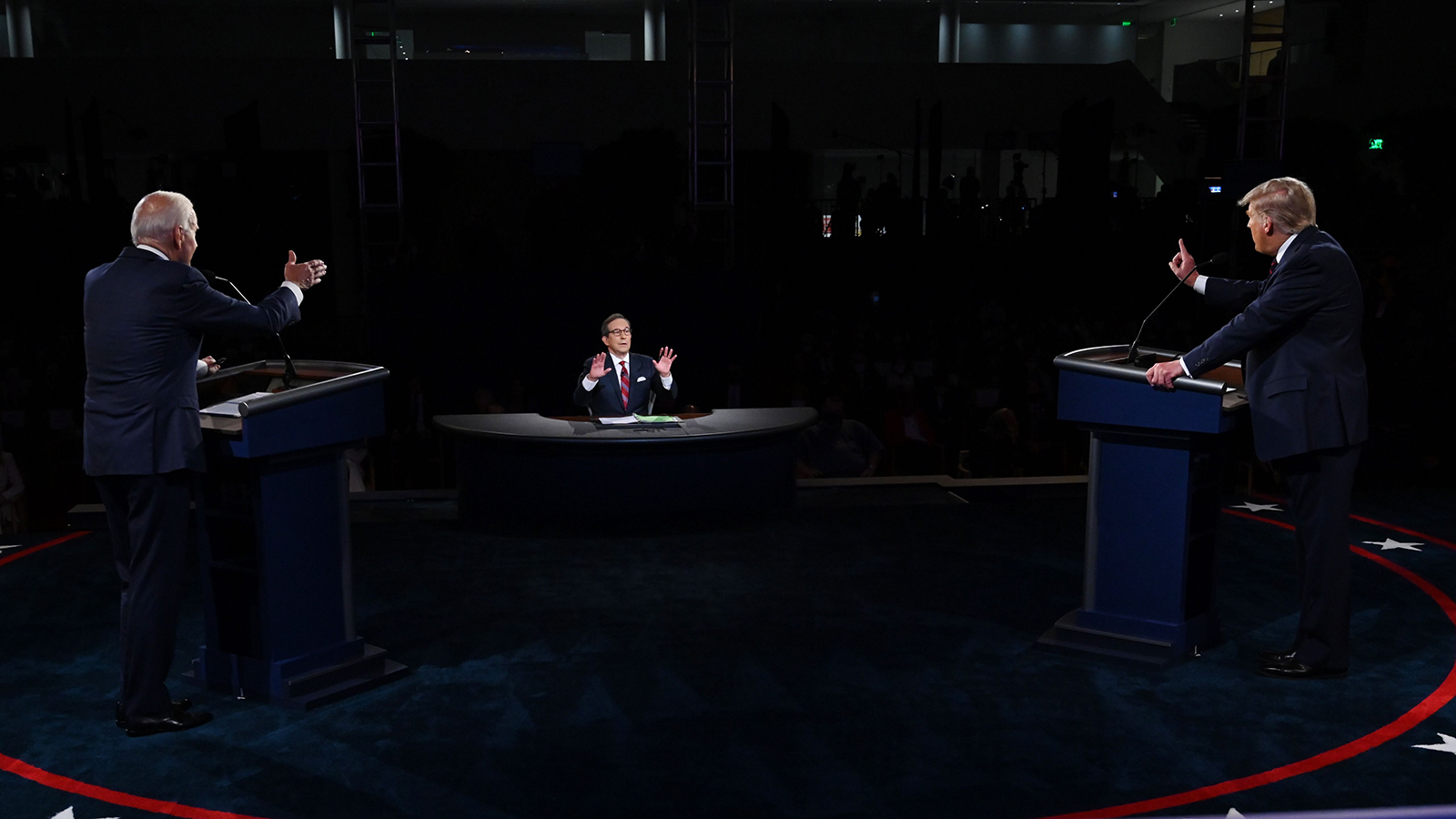 Former Vice President Joe Biden and President Trump will have their microphones muted during parts of tonight's debate.

The Commission on Presidential Debates announced the decision on Monday after members discussed potential rule changes to the debate format.

They decided that the changes were needed because of how the first debate between Biden and Trump devolved into chaos, with the President frequently interrupting the former vice president.

The muting will work like this: At the start of each of the six segments of the debate, each candidate will be given two minutes to answer an initial question. During that portion, the opposing candidate's microphone will be muted.

"Under the agreed upon debate rules, each candidate is to have two minutes of uninterrupted time to make remarks at the beginning of each 15 minute segment of the debate. These remarks are to be followed by a period of open discussion," the commission said in a statement. "Both campaigns this week again reaffirmed their agreement to the two-minute, uninterrupted rule."

The statement continued: "The Commission is announcing today that in order to enforce this agreed upon rule, the only candidate whose microphone will be open during these two-minute periods is the candidate who has the floor under the rules. For the balance of each segment, which by design is intended to be dedicated to open discussion, both candidates' microphones will be open."

Both microphones will be unmuted after each candidate delivers their two-minute answer. 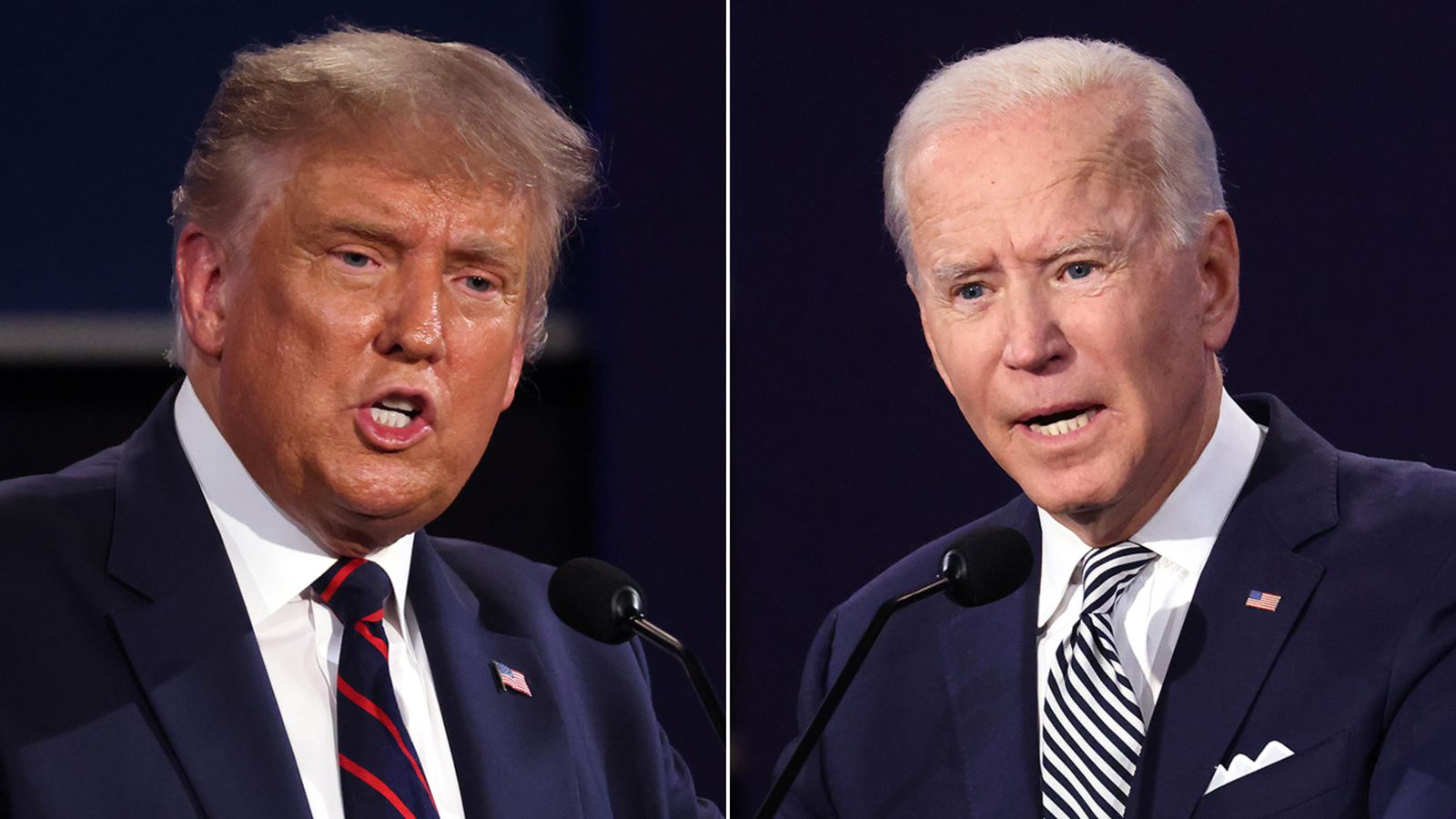 The Commission on Presidential debates announced last week six topics for the second and final debate between President Trump and Democratic nominee Joe Biden set to take place next week.

The format for tonight's debate is the same as the first debate: Each segment will last about 15 minutes, and the candidates will have two minutes to respond after the moderator, NBC's Kristen Welker, opens each segment with a question.

The commission announced earlier this week that the microphone of the other candidate will be muted for those first two minutes of initial response.

Welker will then use the rest of the time in the segment to facilitate further discussion on the topic.

Atalanta Director: everything is fine with Miranchuk, there are no symptoms of coronavirus
Kovid mocks the Latvian championship: the team got only 8 people (but still did not finish the match)
Gerard Pique: We all hope that Messi will stay at Barca
Agent of coronavirus from the Beginning: I feel fine. A test is a test
Barcelona has reached an agreement in principle with the players to reduce salaries. The club will save 122 million euros
Barca presidential candidate farre: We need to get Neymar back. He also wants to move
Maradona's son said goodbye to his father: You will never die, because I will love you until my last breath
Source https://edition.cnn.com/politics/live-news/presidential-debate-coverage-fact-check-10-22-20/index.html

China fulfills a dream to end poverty. Not all poor people are feeling better off