India wants peace but no guarantee of outcome of China talks

After a series of alleged construction scams came to light, the Indian Army has decided to indulge CBI's investigation to clean the house. The Army has already handed over its first case, involving an Army Married Accommodation Project (MAP) in Meerut, UP, to the CBI, but there will likely be more such cases for the central agency to probe.

The Meerut project, with sanctioned costs of Rs 6,033 crore and Rs 13,682 crore for Phase I and Phase II to provide housing for military personnel, involves shoddy construction, which led to the demolition of the buildings. It was found that a window grille in the multi-story building had simply been pasted with an adhesive, but that wasn't the only detail that raised the alarm.

The decision to crack down on the construction scams was triggered by Chief of Defence Staff (CDS) General Bipin Rawat's latter to three armed forces chiefs in September. He had mentioned in the letter that the delayed payments, wrongdoings in Military Engineer Services (MES) procedures, and other wrong practices were "extremely embarrassing" when the Chief Vigilance Commissioner (CVC) had brought them to his notice, India Today reported. 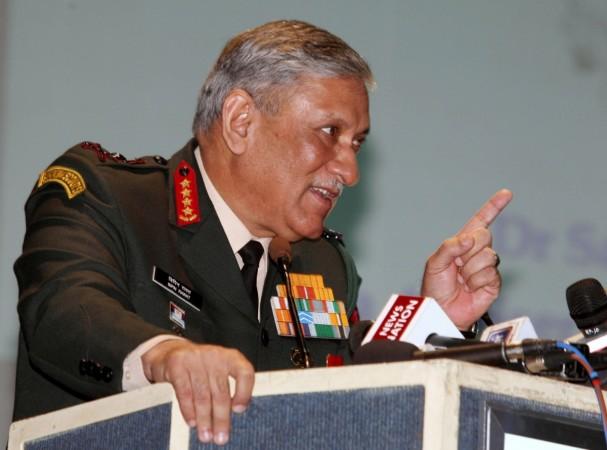 Army chief General Bipin Singh Rawat has ordered that retired generals will no longer have access to these assistants.IANS

Other construction projects with red flags

The Meerut case is just one of many, which goes on to show the deep-rooted problem within the MES. Rawat pointed out the Kolkata's Army buildings had started to tilt due to the poor quality construction. He also described the MAP project in Delhi's Salaria Officers' Enclave as war zone, in which not one person has been punished despite a detailed inquiry.

Weeks after Rawat's scathing letter, the government ordered the demolition of Rs 125 crore Army building in Rajasthan's Bikaner district. The decision was made after it was found that the entire project was unsafe for storing ammunition and occupation by the personnel. Other cases that have come under the radar include a fake bill reported during departmental inquiries into MES construction projects at several locations including- Leh, Bengaluru, Guwahati and Ahmednagar, the report added.

India Today reported that the Army is making a list of activities that it wants the CBI to investigate. A detailed investigation is underway into the practices by the MES, fudged bills, favouritism and suspicious requirements for certain parties.

Klopp on firmino: the Team is an orchestra, and Bobby plays 12 instruments in It. He is important to us
Antonio Conte: I Don't think Real Madrid can cry about their losses. It's funny that the media write about their problems with the squad
Lewandowski on the cancellation Of the Golden ball: it's not that important. Such prizes are something extra
Salah can play with Atalanta. He became ill with the coronavirus
Klopp on injured: no News. I have no idea who will play for Atalanta. Why should we give them information?
Barcelona are thinking about signing Garay due to Pique's injury
Pepe apologized for the red in the match with Leeds: there is no excuse for My behavior. I am deeply sorry
Source https://www.ibtimes.co.in/indian-armys-massive-crackdown-construction-scams-mes-under-cbi-scanner-829852