Neha Kakkar and Rohanpreet's wedding rumours are doing the rounds since a long time now but seems like Aditya Narayan has doubts about Neha's marriage to Rohanpreet as he wonders is it possible for someone to meet and marry a person in a month's time?

Ever since Neha Kakkar and Rohanpreet's Roka ceremony video was put up by Neha on her social media handle, fans can't stop gushing about the duo. Going by the PDA on social media Neha and Rohan's love couldn't be under wraps and the couple finally disclosed their relationship status and admitted to tying the knot on October 26. 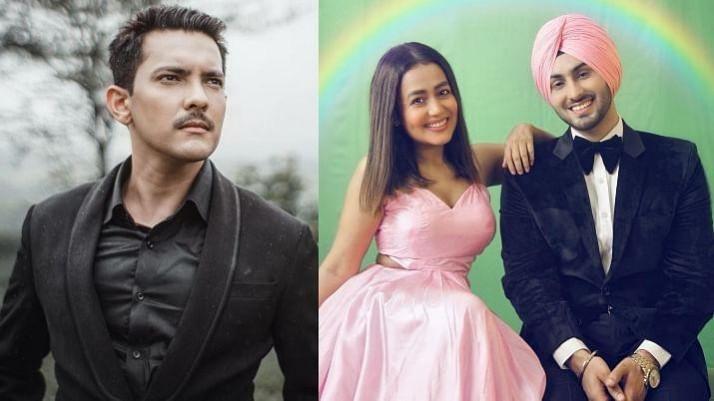 But looks like Aditya Narayan, Neha's close friend isn't convinced over Neha's marriage to Rohanpreet and wonders if it is possible for someone to meet and get married within a month. In an interview with Bollywood Hungama, Aditya said, "Is she really getting married? I haven't received the so-called wedding invitation.

It's all very strange because she met this guy for the first time when they shot a video together a few weeks ago. Is it possible for someone to meet and marry in a month? Neha is no giddy headed teenager. Significantly neither Neha Kakkar nor her alleged groom-to-be has made any statement about the supposed wedding. All I can say is, I do hope it's actually happening. Otherwise, why have the two parties in the supposed wedding alliance slowed rumours and unconfirmed reports to go this far?"

The confusion among fans still prevails going by Neha and Aditya's marriage that took place on the Indian Idol stage for publicity. Keeping the past in mind, fans still think that Neha's marriage to Rohan is another publicity gimmick. Well, we are waiting for Neha to react to the same.

Braithwaite has scored 4 (3+1) points in Barca's last 2 games. He had not scored in 13 games before
Sami Khedira: If I could move to a Premier League club, I would be happy
Lokomotiv-Salzburg match in the Champions League will be served by the Turkish team of referees
Philippe Coutinho: I am forever grateful for the chance to play for Liverpool in the Premier League. Now focused on Barca
Mijatovic on Real Madrid's loss: Zidane must improve. The team didn't know Alaves' strengths
Frank Lampard: I Respect Mourinho. There will be no results like his if you are not a talented coach
Coutinho on Bayern: Winning the Champions League has always been my big goal. Now I want to take it with Barca
Source https://www.ibtimes.co.in/it-strange-aditya-narayan-doubts-neha-kakkars-marriage-boyfriend-rohanpreet-829541

This best-selling $30 smokeless indoor grill is on sale for just one more day: 'Little grill with big grill results!'

Faith takes the forefront as Georgia Senate runoffs heat up

Cost of Tokyo Olympic delay put at about $2 billion: reports

The worsening pandemic raises the stakes for Biden's economic program

Vietnamese immigrant families hash out political differences, even without a common Thanksgiving table

Rachel Campos-Duffy: Start Advent off right with a Christ-centered craft for kids

Column: 'Why won't Black folks trust us' on COVID-19? These doctors and nurses have answers

How to Rescue Someone From a Conspiracy Theory

Dear Care and Feeding: Was It Wrong of Me to Explain to My Daughter the True Meaning of “WAP”?

Nigeria Buries Scores of Farmers Killed by Militants, Some Beheaded

Collins urges voters to turn out in Georgia runoffs