Honor Blackman, the actress best known as Pussy Galore in the 1964 James Bond film “Goldfinger” has died at age 94.

Blackman's family said in a statement to Fox News Monday that she died peacefully of natural causes at her home in the southeastern England town of Lewes.

Her family noted that she was an "adored mother and grandmother” and a 'hugely prolific creative talent."

CRUISING DURING THE CORONAVIRUS OUTBREAK: SHOULD I CANCEL MY CRUISE? WHAT PRECAUTIONS SHOULD I TAKE?

“It’s with great sadness that we have to announce the death of Honor Blackman aged 94. She died peacefully of natural causes at her home in Lewes, Sussex, surrounded by her family. She was much loved and will be greatly missed by her two children Barnaby and Lottie, and grandchildren Daisy, Oscar, Olive and Toby,” the statement reads. “As well as being a much-adored mother and grandmother, Honor was an actor of hugely prolific creative talent; with an extraordinary combination of beauty, brains and physical prowess, along with her unique voice and a dedicated work ethic, she achieved an unparalleled iconic status in the world of film and entertainment and with absolute commitment to her craft and total professionalism in all her endeavours she contributed to some of the great films and theatre productions of our times.” 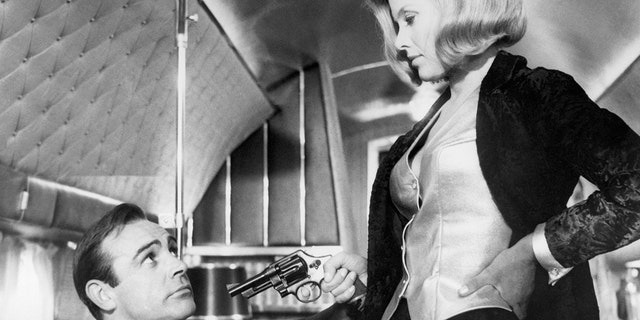 In addition to her role alongside Sean Connery’s James Bond, Blackman is also known for her role as Cathy Gale in the 1960s TV show, “The Avengers.” According to The Hollywood Reporter, she actually left the TV show after two seasons in order to take on the big screen role as Pussy Galore. Her character was effectively replaced by “Game of Thrones” actress Diana Rigg as Emma Peel.

CORONAVIRUS OUTBREAK: HOW TO TRAVEL WITH PETS

In “Goldfinger,” Blackman made an impression from the start. When introduced to Sean Connery's Bond, he replies, “I must be dreaming.”

Her family's statement highlighted other roles such as Hera in “Jason and the Argonauts” and Laura West in the 1990s sitcom “The Upper Hand.” In addition to her on-screen work, Blackman also had success on stage in productions that included “The Sound of Music,” “My Fair Lady” and “Cabaret.” 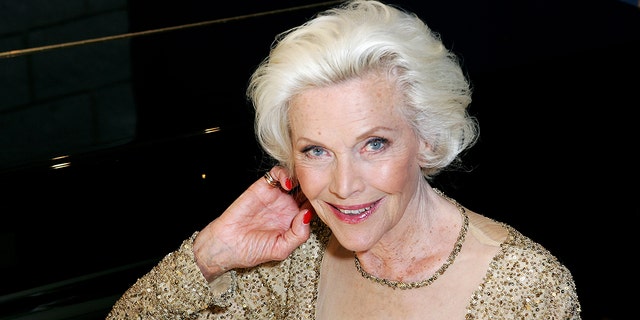 "In recent years Honor was touring and performing in her show ‘Honor Blackman as herself’ at various venue across the UK. In conversation with her colleague and friend Richard Digby Day she looked back over her astonishing life, her beginnings, her family, her rise to stardom with her usual sense of humour and perspective," the statement added.

Blackman is survived by two children and four grandchildren.

I believe in Zlatan. Ibrahimovic asked about Milan's chances of winning the Scudetto
Man City have yet to offer Aguero and Fernandinho contract extensions
Frank Lampard: Chelsea do not have Hazard, who accounted for 50% of goals and assists, and Diego Costa with 30 goals for the season
Let See ten Mangalica and we win the Champions League. The Milan newcomer was a nightmare for Messi, quarreled with Pep and was a favorite of Allegri
Real Madrid can sign Aguero, Giroud or Milik after Jovic's departure
Chelsea spent the most in Europe on transfers in 2020. Manchester United - 2nd, Man City-3rd
Zlatan has scored every year since 1999. Yesterday he scored the first goals in 2021
Source https://www.foxnews.com/entertainment/james-bond-honor-blackman-pussy-galore-dead-94

How fast do you cancel streaming services? It's a problem for Hollywood

Trump leaves America at its most divided since the Civil War

Waiting for a Bull Moose

When the National Security Debate Becomes a Culture War

Jared Porter of the Mets Accused of Harassing Female Reporter

Trump's legacy will take years to purge from the American psyche

Analysis: Trump's legacy will take years to purge from the American psyche

12 slain, dumped on road in rural dispute in southern Mexico

Rescuers in phone contact with workers trapped in China mine

With Trump's exit, the Fox News presidency will come to an end

Hannity: Democrats' 'deprogramming' rhetoric the opposite of Biden's calls for 'unity'

Phil Spector: When a Musical Hero Is a Moral Monster

China and WHO acted too slowly to contain Covid-19, says independent panel

The inequities of PPP: Megachurches receive money ahead of small businesses