Trump’s son-in-law Jared Kushner is receiving some backlash after an appearance on Fox News where he made a statement about the Black community.

During an interview with Fox & Friends on Monday the senior advisor to Trump implied Black people choose not to be successful.

“The thing we’ve seen in the Black community, which is mostly Democratic,” said Kushner, “is that President Trump’s policies are the policies that can help people break out of the problems that they’re complaining about, but he can’t want them to be successful more than they want to be successful.”

In fairness, Jared Kushner's definition of success is using his dad's name to buy an old office building nobody wants to lease space in and then using the power of his access to the Presidency to get a bailout from corrupt emirs in the Persian Gulf.

One user said: “In fairness, Jared Kushner’s definition of success is using his dad’s name to buy an old office building nobody wants to lease space in and then using the power of his access to the Presidency to get a bailout from corrupt emirs in the Persian Gulf.”

worth noting that “they just don’t want to work” has been in the racist’s bag of rhetorical tricks since the moment the ink was dry on the thirteenth amendment https://t.co/lrIJJA4fyU

Jared Kushner's explanation of "Black problems" is almost quaint. He is espousing what were mainstream GOP beliefs about race and African Americans until Obama got into office and a chunk of the party went full white nationalist #JaredKushner

Jared Kushner speaks as if Black people are lazy complainers who don't want to be successful. This blatant DISRESPECT shows he has NO understanding of the Black community and its challenges that have spanned centuries. You can't "fix" these problems from this level of ego. pic.twitter.com/fmILMVbrzY

Kushner also said that those who mourned and/or posted about Floyd’s death were ‘virtue signaling’ and doing more to polarize the country.

Jared Kushner says if you cried or expressed your public condolences after the killing of George Floyd you were probably just ‘virtue signaling’ and were doing ‘more to polarize the country.’ pic.twitter.com/opGlYjHs4r

After the clip aired, White House Press Secretary Kayleigh McEnany released a statement obtained by NBC, where she says internet trolls blew the statement out of proportion. 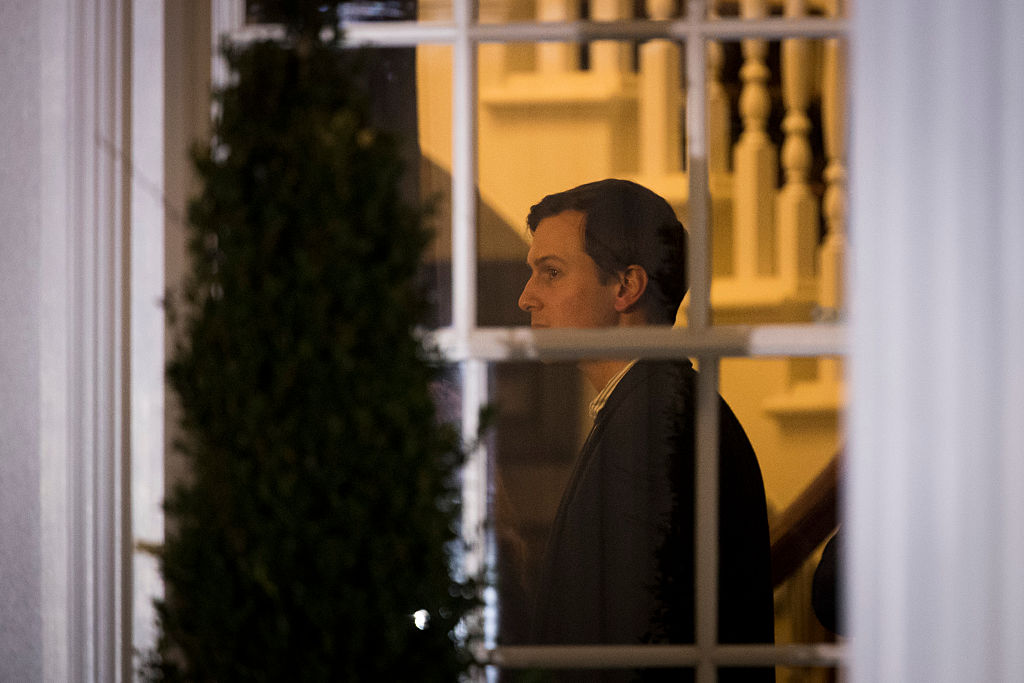 “It’s disgusting to see internet trolls taking Senior Advisor Jared Kushner out of context as they try to distract from President Trump’s undeniable record of accomplishment for the Black community,” she said. “From criminal justice reform and record HBCU funding to record low Black unemployment and record high income increases, there is simply no disputing that President Trump accomplished what Democrats merely talked about. Those who have worked with President Trump have seen success on these joint objectives, unlike with previous failed Democrat politicians.”

In fact, as The Associated Press reported in June, Trump has greatly exaggerated his impact on the economy for African-Americans. Employment figures for African-Americans were up in 2019, but the report says but mostly due to the efforts of the Obama administration. And African American median income was actually greater when Obama was in office.

Griezmann on the match with Argentina at the 2018 world Cup: Offered Deschamps 4-4-2 and personal custody of Messi. He listened
Ex-inter defender Maicon may move to Sona from Serie D
IFAB about playing with your hand: Not every touch of the ball is a violation. The final decision rests with the referee
Griezmann on leaving Atletico: I needed a change. The decision was very difficult
Barcelona was the name of Masserano to substitute for injured Pique. Javier refused (Eduardo Inda)
Inter want to sign Giroud in January
ISCO agent: he wants to try to play in another League
Source https://thegrio.com/2020/10/26/jared-kushner-implies-black-people-dont-want-to-be-successful/

After two COVID-19 exposures, Newsom and his family will quarantine until Dec. 5

China Launches a Mission to Bring Back Material From the Moon