Months after releasing the first trailer, Netflix has given fans another glimpse at their upcoming film, The Harder They Fall, and this sneak peek features a brand new song from Jay-Z and Kid Cudi.

Netflix’s upcoming action flick, from the mind of Jeymes Samuel, is set to debut next month at BFI London Film Festival on Oct. 6. Weeks later, the film will be available for audiences all over the world when it debuts in theaters and makes its way to Netflix streaming. In preparation for its debut, this week Netflix has dropped a second trailer for the movie, this time around previewing some new music from Kid Cudi and Jay-Z. 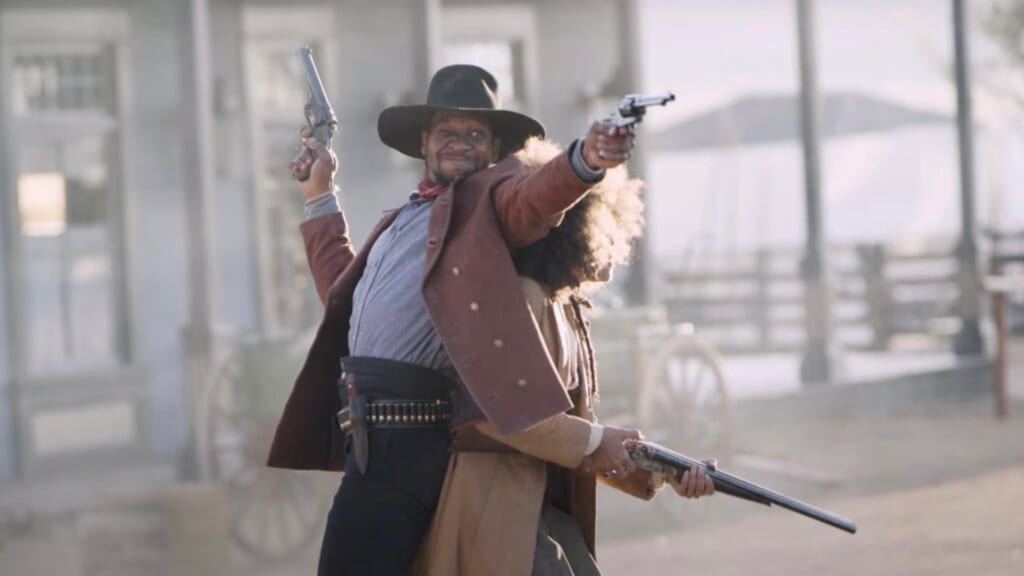 A scene from the highly-anticipated all-Black Western, “The Harder They Fall,” starring Jonathan Majors. (Netflix)

Netflix has described The Harder They Fall as a “new school Western,” and it serves as the directorial debut of Samuel. Co-written by Samuel and Boaz Yakin, the film seems to mix some Hollywood mainstays like Idris Elba and Regina King, with some of the biggest stars in “Young Hollywood”, with Jonathan Majors and LaKeith Stanfield. The all-Black cast also includes Delroy Lindo, Danielle Deadwyler, Edi Gathegi, RJ Cyler, and Deon Cole.

The “99 Problems” rapper and mogul is an official producer of The Harder They Fall, theGrio previously reported. While the official tracklist of the film soundtrack has yet to be released, by the looks of the second trailer, fans are in for some smash songs when the film finally drops. James Lassiter and Lawrence Bender are also producers on the film alongside Samuel and Jay-Z.

In the trailer, the reported song with Jay and Cudi begins in its second half, with plenty of action-packed scenes accompanying the pulsating track. Featuring epic horns and an impassioned verse from Jay, the song is sure to be hit when the film is finally released. 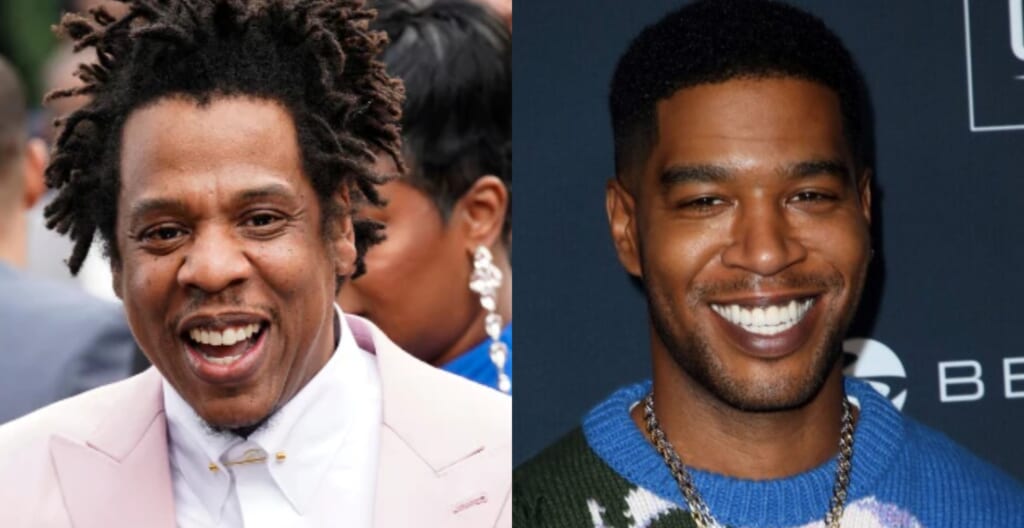 The film’s official synopsis per Netflix reads: “When outlaw Nat Love (Jonathan Majors) discovers that his enemy Rufus Buck (Idris Elba) is being released from prison, he rounds up his gang to track Rufus down and seek revenge. Those riding with him in this assured, righteously new school Western include his former love Stagecoach Mary (Zazie Beetz), his right and left hand men — hot-tempered Bill Pickett (Edi Gathegi) and fast drawing Jim Beckwourth (R.J. Cyler) — and a surprising adversary-turned-ally.  Rufus Buck has his own fearsome crew, including ‘Treacherous’ Trudy Smith (Regina King) and Cherokee Bill (LaKeith Stanfield), and they are not a group that knows how to lose.”