Jill Duggar Dillard and her family shot to stardom after their reality TV show, "19 Kids and Counting," on TLC became a success.

The series followed the conservative, religious Duggar family as they navigated life with a burgeoning brood of children. It ran from 2010 to 2015 and then Dillard and her younger sister, Jessa, 27, were featured on a spinoff series called "Counting On."

The now 29-year-old revealed to People magazine she allegedly didn't receive compensation from her family for appearing on the shows until she hired an attorney in 2017 to fight for what she was owed.

"That's when we got an attorney involved and finally recovered some of the money," Dillard claimed. "It was a process."

Dillard's husband, Derick, 31, said in a video on YouTube that the amount paid out still wasn't enough. "It probably ended up being a little more than minimum wage," he alleged. "But we were able to recover at least something."

The Dillard family has since distanced themselves from the Duggar clan and she confessed the family strife has been "difficult" but she hopes to reconcile one day soon.

"I never expected this to happen or for it to get to this point," Dillard said. "But I'm realizing I can't put a timeline on healing. I love my family and they love me. I really just have to follow God's lead and take it one day at a time."

She also revealed to People how being part of the show limited the couple's other potential job opportunities and projects they wanted to work on. "Our control to choose what jobs we were allowed to accept and even where we were allowed to live was taken away from us," Dillard claimed. 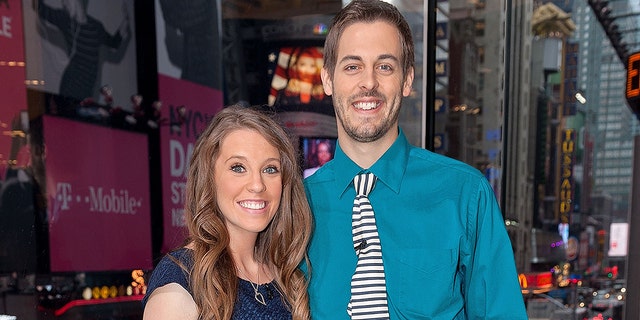 Jill Duggar Dillard has been married to Derick Dillard since 2014. (Getty)

Derick said that the roadblocks they faced were overwhelming. "The first few years of our marriage, we spent time and money working towards opportunities only to hit a dead end when we'd be told, 'Well, you're not allowed to do that,'" he alleged.

Dillard's parents, Jim Bob and Michelle, 55, told People in a statement: "Every family has differences of opinion and perspective at times, but families work things out. We all love Jill, Derick, and their boys very much. It is our prayer that our relationship is healed and fully restored quickly!"

Gasperini on the nomination for the best coach of the year award: If we beat Liverpool, maybe I'll get a few votes
Julian Nagelsmann: Leipzig want to give PSG that final feeling they are talking about
Tuchel Pro Champions League: Match with Leipzig - the final of our group
Antoine Griezmann: it's Time to put everything in its place. I've had enough
West Brom goalkeeper on Brunu's penalty: you should not jump before the kick
Brugge coach on the match with Borussia: If you only defend, you have a better chance of losing
Mason mount: Chelsea's Goal is to always be No. 1 in all competitions and take trophies
Source https://www.foxnews.com/entertainment/jill-duggar-dillard-never-paid-reality-tv-shows?utm_source=feedburner&utm_medium=feed&utm_campaign=Feed%3A+foxnews%2Fentertainment+%28Internal+-+Entertainment+-+Mixed%29

This is the single closest House race in the country

Is this house under a convent in Israel the boyhood home of Jesus?

How safe is it to go to indoor movie theaters during the COVID-19 pandemic?

Giant wind turbine collapses in northern Sweden; no one hurt

New this week: 'Saved by the Bell,' Miley Cyrus & McCarthy

Bruce, the last ‘Jaws’ shark, docks at the Academy Museum

Analysis: Trump finally found someone with a too-crazy conspiracy theory about the election