Team Europe opened the Laver Cup with three victories in four Friday matches, but after the one match they lost, Alexander Zverev told Team World captain McEnroe that his squad wouldn’t win another point in the event.

Zverev and doubles partner Matteo Berrettini dropped their evening doubles match — 6-4, 6-7 (2-7), 1-10 — to Team World’s John Isner and Denis Shapovalov. And though McEnroe later acknowledged that Zverev was joking, according to the New York Times, he said he wanted to use it as “bulletin-board material.” Zverev won the gold medal in singles at the Tokyo Olympics and reached the semifinals of the 2021 U.S. Open before losing to Novak Djokovic.

“F–k this guy … He said that’s the last point we’re going to win,” McEnroe told his players during a team huddle. Isner also said “F–k him.

Reilly Opelka then added that “(Zverev) also said he’s innocent” in what was seemingly a reference to domestic violence allegations against Zverev made by his ex-girlfriend.

The allegations were made by former tennis player Olya Sharypova last year, and Zverev has repeatedly denied them while saying last month that he planned to take legal action over those accusations.

Zverev’s boast proved to be accurate, though.

Over the final two days of the Laver Cup, Team World never earned another point, falling to Team Europe, 14-1, for its fourth straight loss in the event’s four-year history. Team Europe didn’t have its traditional stars like Roger Federer, Rafael Nadal or Novak Djokovic, but Team World still lost every match besides the doubles victory against Zverev and Berrettini on the opening day. All six European players ranked in the top 10, while Team World’s highest-ranked player was Canada’s Felix Auger-Aliassime at No. 11. 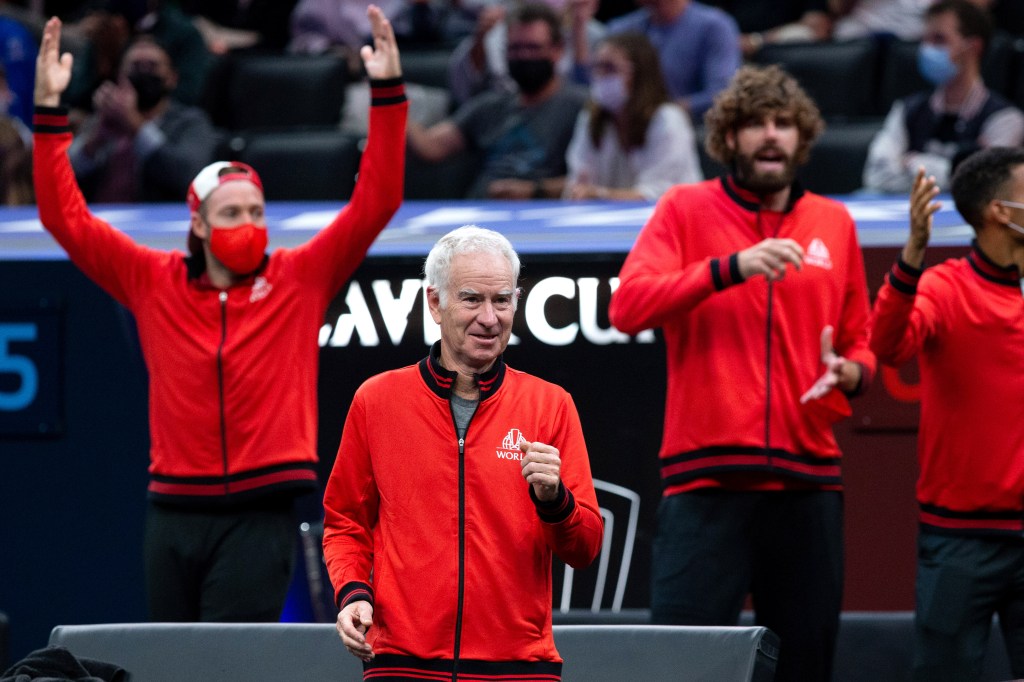 The clinching points on Sunday came from a victory in Zverev’s second doubles match of the weekend. This time, he paired with Andrey Rublev and defeated Shapovalov and Opelka 6-2, 6-7 (4-7), 10-3 to bring Team Europe’s weekend point total from 11 to 14. The value of match points increased by one point each day — with each victory worth two tallies on Saturday and three on the final day — and the win from Zverev and Rublev stretched Team Europe’s lead to a point that even Team World victories in the final three singles matches couldn’t erase.

Team World needed to win all four matches that day to have a chance, but the final three didn’t occur after they dropped the first one on Sunday.