EXCLUSIVE: Josh Duggar is living in a secluded area in his home state of Arkansas as he awaits his upcoming child pornography trial, an eyewitness with knowledge of the area reveals to Fox News.

The former television star has been living at a home with the Reber family, who were described in court as "family friends" of the Duggars. The Rebers agreed to house Duggar ahead of his currently scheduled July 6 trial date. As Fox News previously reported, the first trial date in Duggar's trial is now up in the air as his attorneys recently requested the trial be delayed until February 2022. A judge has yet to approve or deny his request.

Photos obtained by Fox News show the property in which Duggar is currently housed with his custodians is off the beaten path in the hills of Washington County, Ark. The population in the town where he is currently residing is home to just 1,071 citizens.

An eyewitness tells Fox News that the home in which Duggar is living in with a married couple and their 22-year-old daughter had "absolutely no activity" this past Sunday, which was Father's Day. 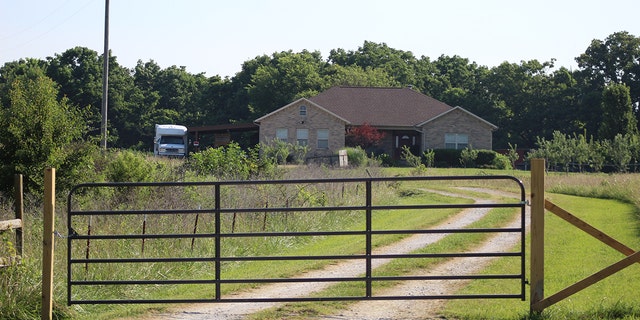 The Arkansas property where Josh Duggar is being housed ahead of his child pornography trial is in a small town that has a little over 1,000 citizens, a source tells Fox News. (Nic Davidson)

"The area where the home is located is indeed desolate," the source added. "Very few cars passed through the neighborhood on Sunday."

The eyewitness tells Fox News that the property where Duggar is hiding away ahead of his trial appears "hidden," instilling an "uneasy" feeling to passersby.

"I feel that before Josh's scandal the property was better taken care of than it is now," said the onlooker. "But I understand that a 24/7 babysitter of an adult probably doesn't have the time to keep a very manicured lawn."

On Father's Day, the former "19 Kids and Counting" star could not be seen from the public's view of the property, "making it all the more eerie on what was otherwise a beautiful, sunny Sunday in the Ozarks." 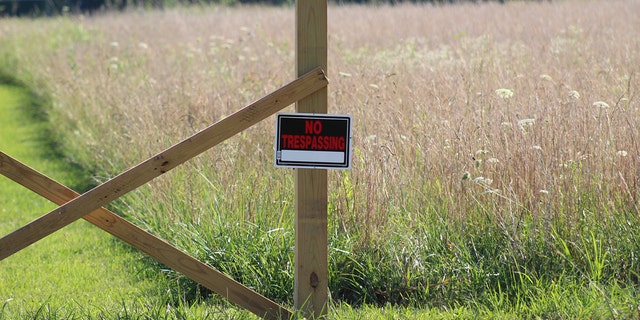 A no trespassing sign is spotted outside of the Reber family home, likely due to Duggar's stay at the property. (Nic Davidson)

Photos show a gate at the foot of the property just before the driveway along with a no trespassing sign attached to a wooden pole.

The property Duggar now calls home also was spotted to have its windows "tightly covered" with blinds, said the source.

A second no trespassing sign was spotted on the left-hand side of the house.

"The home just looked closed up," the witness said. "It appears oppressive. There's just this heaviness when you go past it."

"The area is very isolated so it's obvious Josh doesn't have access to a lot of people," said the source.

Back on May 6, Magistrate Judge Christy Comstock ordered Duggar, 33, confined to the home of the Duggar's family friends. He is prohibited from any Internet-accessible devices during his release pending his July 6 trial. 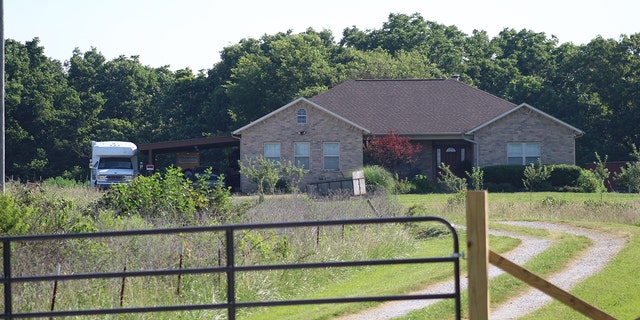 "I have full confidence in the United States Marshal Service to find you if you decide not to comply with these conditions of release, so don’t make me regret this decision," Comstock said after a four-hour hearing conducted over Zoom.

"You won’t, your honor, thank you very much," responded Duggar.

He was arrested by U.S. Marshals on April 29 in Arkansas. One day later, he was indicted on federal child pornography charges and pleaded not guilty.

Duggar starred on TLC’s "19 Kids and Counting" until it was pulled from the network in 2015 following revelations that he had molested four of his sisters and a babysitter. His parents said he had confessed to the fondling and apologized.

Duggar previously apologized for a pornography addiction and cheating on his wife, Anna. Josh and Anna Duggar have been married since 2008 and share six children with a seventh on the way.

Federal prosecutors cited Duggar’s admitted molestation as a sign that he was a danger to the community.

"He has shown the court he has a history dating back 20 years that shows a sexual attraction to children and the deviousness of his activity," Assistant U.S. Attorney Carly Marshall said.

Comstock said that, during his release, Duggar could have contact with his children only with his wife present. But the judge said Duggar could not be around any other minors, including other family members. 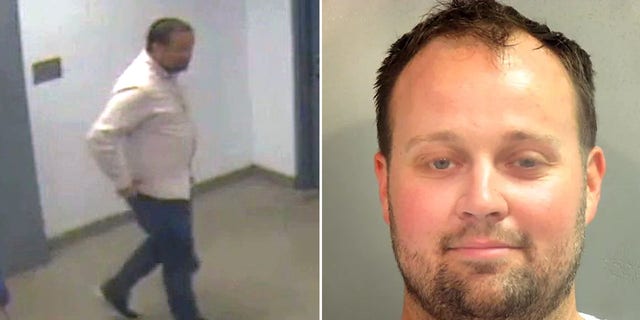 Federal authorities said they began investigating after a Little Rock police detective found child pornography files were being shared by a computer investigators traced to Duggar. A federal Homeland Security agent testified pornographic images depicting the sexual abuse of children, including toddlers, had been downloaded in May 2019 by a computer at a car dealership Duggar owned.

Faulkner said the images downloaded were among "top five of the worst of the worst that I’ve ever had to examine."

Duggar’s attorneys had argued that he wasn’t a danger to the community and has not tried to flee since authorities began their investigation two years ago.

Josh Duggar and his wife Anna (left) have six children with one on the way. (Kris Connor/Getty Images)

On Monday, the government filed a response to Duggar's request to postpone his trial until February 2022. U.S. attorneys in the case communicated in their filing that the government is not opposed to moving it approximately three months back but does not want to see it take until next year to move along.

"Comes now the United States of America by and through Dustin Roberts, Assistant United States Attorney for the Western District of Arkansas, for its Response to the Defendant's Motion to Continue Trial until February of 2022 and states that the United States does not oppose a reasonable continuance of approximately three months to allow a defense hired expert to review the digital evidence in this case and provide a subsequent opinion, however a continuance as requested until February of 2022 would result in unnecessary delay," the documents state.

Ed Woodward: We are moving in the right direction with Sulscher. Manchester United plays in the best traditions of the club
Ole Gunnar Solskjaer: Manchester United wants to take the biggest and best trophies. We are ready for the next step
Sulscher has signed a contract with Manchester United until 2024. There is an option to extend it for another season
Tottenham have loaned goalkeeper Atalanta Gollini with a buyout option
Liverpool offered 100 million euros for Chiesa. Juventus refused (La Repubblica)
Tottenham will sell Alderweireld to Qatar's Al-Duhail for 15.2 million euros
This club helped a young child to dream. Thanks. A farewell letter to Dortmund from Sancho