Putting speculation to rest, Karnataka Chief Minister B.S. Yediyurappa on Friday said he would expand the cabinet after the twin Assembly by-elections on November 3 in the southern state.

"Cabinet expansion will take place after Assembly by-elections in Bengaluru's RR Nagar (Rajarajeshwarinagar) segment in Bengaluru and Sira segment in Tumakuru district on November 3 and their results on November 10," Yediyurappa told reporters here. 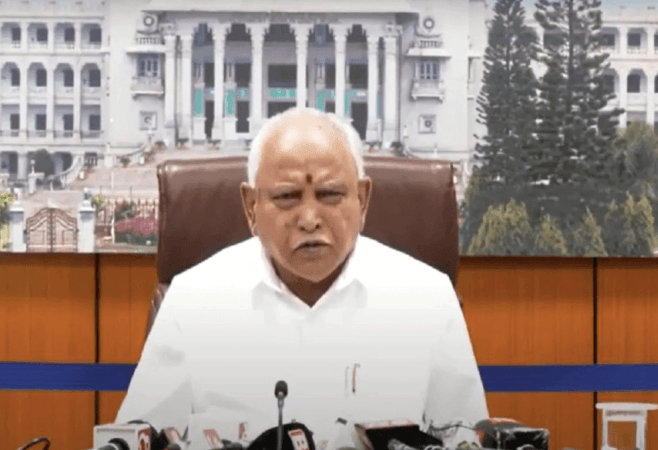 The Chief Minister plans to visit New Delhi after November 10 to discuss the cabinet expansion-cum-reshuffle with the ruling BJP's high command, including the party's national president J.P. Nadda.

"I will finalise the list of legislators to be made ministers in consultation with the party high command, Nadda and other central leaders, including Union Home Minister Amit Shah," said Yediyurappa.

Though the 34-member ministry has 6 vacancies to be filled in the third cabinet expansion of the 15-month-old government, a dozen lawmakers are vying for the coveted posts.

Although the party's newly appointed national general secretary C.T. Ravi resigned as the state tourism minister under the 'one-man, one-post norm' on October 4, the Chief Minister is yet to relieve him of the post.

"If Ravi's resignation is accepted, Yediyurappa will have one more cabinet post to fill in addition to 6 vacant and reshuffle portfolios of the 27 Ministers, including 3 Deputy Chief Ministers," a party official told IANS here.

On October 12 the Chief Minister entrusted Medical Education Minister K. Sudhakar with the Health ministry to fight the raging Covid pandemic, shifting B. Sriramulu to the Social Welfare department, which was with Deputy Chief Minister Govid Karjol. Yedyiurappa also divested Sriramulu of the Backward Classes department and kept it with him, ostensibly for the ensuing cabinet expansion.

The cabinet was last expanded on February 6

The cabinet was last expanded on February 6 when 10 legislators, who defected from the Congress and the Janata Dal-Secular (JD-S), were inducted after they won in the December 5 by-elections, caused by their resignations in July, 2019, which led to the fall of the 14-month JDS-Congress coalition government on July 23, 2019 and the return of the BJP government on July 26, 2019.

The by-election in RR Nagar constituency has also been caused by the resignation of Munirathna from the seat in July 2019, who is re-contesting as a Bharatiya Janata Party (BJP) candidate. The by-election in Sira is due to the death of its JD-S member B. Satyanarayana on August 4.

Munirathna, if elected, will be one of the aspirants for the cabinet posts along with Congress defectors M.T.B. Nagaraj and R. Shankar who were elected to the state legislative Council in the June 22 biennial polls. 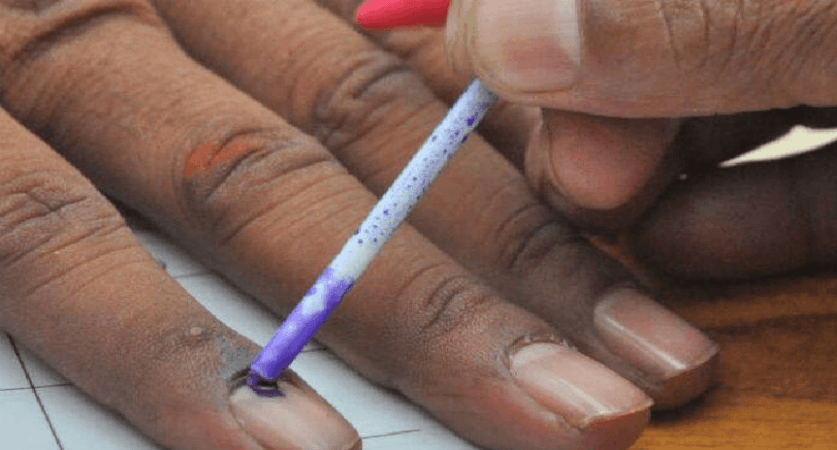 As Nagaraj and Vishwanath lost in the December 5 by-elections from Hoskote in Bengaluru Rural district and Hunsur in Mysuru district, they were made members of the Council to reward them with a cabinet post, as the other defectors were on February 6 in the second cabinet expansion.

Shankar, who too defected from the Congress and joined the BJP in November, was not given a ticket to contest in the by-election from Ranebennur in Haveri district but was assured of being made a Council member for a cabinet post. Nagaraj and Shankar were cabinet ministers in the JDS-Congress coalition government.

Though the Supreme Court in November 2019 upheld the disqualification of the 17 defectors from the Congress and the JD-S by the former assembly speaker (K.R. Ramesh Kumar) under the anti-defection law, it allowed them to re-contest in the assembly by-elections.

The first cabinet expansion, in which 17 Ministers were inducted took place on August 20, 2019. Yediyurappa was sworn-in as BJP chief minister for the third time on July 26, 2019. The Chief Minister will campaign in RR Nagar and Sira on Saturday to drum up support for the party candidates - Munirathna and Raju Gowda.

Van Persie about meeting Maradona: he kissed my left foot and said it was the same as his
Bale doesn't need to prove anything. His presence inspires the Tottenham players. Davis on the midfielder
Pochettino and Raul can replace Zidane at Real Madrid. The club does not want to dismiss the Frenchman yet
Stefano Pioli: Milan need to take the Celtic game seriously. They always play well
Atalanta captain Gomez did not follow Gasperini's instructions in the match against Midtjylland. He was replaced at half-time
We have a big battle ahead of us. Conor and Sergio Ramos agreed to a fight
Tuchel on the match with Manchester United: Victory is mandatory. Coming to England for her is a big challenge
Source https://www.ibtimes.co.in/karnataka-cm-yediyurappa-hints-expanding-cabinet-after-assembly-by-elections-829835

Mitch McConnell’s Relief Offer Is Actually Worse Than Doing Nothing

Prosecutor: No charges in buggy crash that killed Amish kids

Keke Palmer Sounds Off on Her Mystery Man Kissing Video

Can Trump Pre-emptively Pardon Allies or Himself? Clemency Power, Explained

From High Stakes to High Speed

Review: Reorienting the crime drama in 'I'm Your Woman'

What Happened When Other Countries Prosecuted Former Leaders?

This winter, the Vox Book Club is reading about lesbian necromancers in space

Britain OKs Pfizer vaccine and will begin shots within days

In the ACC, even without fans, there’s no place like home

Can ‘Wonder Woman 1984’ Lasso a Hit for the International Box Office?

Who Has Trump Pardoned So Far?

Illinois reports 238 COVID-19 deaths, the most in a single day since the pandemic began

Jazz Standard, One Of New York's Top Clubs, Closes Due To Pandemic

GOP chairman: Defense bill to include renaming Confederate bases, but not Section 230 repeal

Like Everyone Else, Mackenzie Davis and Charlize Theron Discuss Happiest Season

Talk Of 'Preemptive' Pardons By Trump Raises Questions: What Can He Do?

Visa to launch credit card that offers bitcoin as a reward

North Lawndale school consolidation proposal that split the neighborhood is now on hold: ‘We took a stand as a community’

Obama: Democrats should ditch ‘defund the police’ and give Ocasio-Cortez a bigger platform.

CNN has been ‘overwhelmingly biased’ against Trump: Joe Concha

New rule cracks down on emotional support animals on planes

Black women don't get much startup funding. These founders are trying to change that

Is ‘Ammonite’ Based on a True Story?

Arizona’s Kelly to be sworn into Senate, narrowing GOP edge

Coronavirus in Illinois updates: 9,757 new confirmed and probable COVID-19 cases and 238 additional deaths reported, the highest daily death toll since the start of the pandemic

See the ‘Jersey Shore’ cast then and now

'I have lot of anger which is needed, don't have temper': Salman Khan

To See and Be Seen: These Dancers Make Disability Visible

Meghan Markle opened up about her painful miscarriage for this reason, says pal

Review: A brilliant turn from Aubrey Plaza in ‘Black Bear’

Phoenix cop accused of sexually assaulting 3 women while on duty

George Clooney reveals hope for America's future after its 'great deal' of failures: 'You can't give up'

Waiting for passengers, American puts Boeing Max in the air