The supermodel, 24, heated up Instagram on Saturday to show off her sexy costume -- a nod to Pamela Anderson's character Barb Wire in the 1996 movie of the same name.

In a series of pictures, Jenner dons a platinum blonde wig and is wearing thigh-high black boots and a plunging leather corset.

She also added a political twist as Halloween is just days away from the 2020 presidential election, writing in her caption, "GO VOTE!!!"

In the pics, Jenner's backside is shown in a revealing photo of her on a motorcycle. She's also holding a flag that says "VOTE."'

Another sultry pic shows the "Keeping up with the Kardashians" star staring off to the side with her mouth open. She's holding another black flag that says "VOTE" in white letters.

KHLOE KARDASHIAN RESPONDS TO BACKLASH OVER KIM KARDASHIAN'S BIRTHDAY PARTY: ‘I GET IT’ 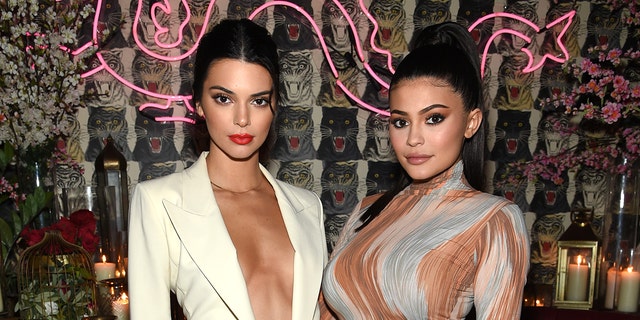 (L-R) Model Kendall Jenner and Founder, Kylie Cosmetics Kylie Jenner attend an intimate dinner hosted by The Business of Fashion to celebrate its latest special print edition 'The Age of Influence' at Peachy's/Chinese Tuxedo on May 8, 2018 in New York City.  (Dimitrios Kambouris/Getty Image)

Others were stunned by Jenner's look.

"So we're just gonna sit here and pretend like this isn't the most insane thing of all time?" Hailey Bieber commented.

Her other sisters Kylie Jenner and Kourtney Kardashian wrote, "yesssss" and "WOW" respectively.

Jenner's photo received nearly 1.8 million likes on Instagram within an hour of it being posted.

Gerard Pique: We all hope that Messi will stay at Barca
Agent of coronavirus from the Beginning: I feel fine. A test is a test
Barcelona has reached an agreement in principle with the players to reduce salaries. The club will save 122 million euros
Barca presidential candidate farre: We need to get Neymar back. He also wants to move
Maradona's son said goodbye to his father: You will never die, because I will love you until my last breath
Jose Mourinho: Chelsea have an amazing squad. Can play Mendy or the most expensive goalkeeper in the history of the Premier League
Andrea Pirlo: Ronaldo is a bit tired after so many games. We agreed that he will rest
Source https://www.foxnews.com/entertainment/kendall-jenner-pamela-anderson-barb-wire-halloween?utm_source=feedburner&utm_medium=feed&utm_campaign=Feed%3A+foxnews%2Fentertainment+%28Internal+-+Entertainment+-+Mixed%29