(CNN)The House Oversight and Reform Committee announced Thursday it is launching an investigation into fossil fuel industry disinformation on the climate crisis. The committee invited the heads of six oil companies and major lobbying groups to testify in front of the committee next month.

The announcement comes after reports the fossil fuel industry has participated in campaigns aimed at creating confusion about the cause of the climate crisis, or sowing skepticism in the science. An undercover video released this summer appeared to show an ExxonMobil lobbyist admitting the company fought climate policy and the science behind it.

Lawmakers are planning a high-profile hearing on October 28 to try to get oil company CEOs to admit they spread disinformation about climate change, Khanna told CNN.

The investigation has been taking place already for two months, Khanna said, and ExxonMobil has so far complied with the committee by producing "some very concerning documents."

Representatives from all six companies and lobbying groups told CNN they had received the letter.

Josh Hicks, a spokesperson for BP, told CNN the company's "ambition is to reach net zero by 2050 or sooner and to help the world get there. We are actively advocating for policies such as carbon pricing and regulating methane that will support the energy transition, the Paris climate agreement and a net zero world."

In the letters to industry executives, the committee requested the companies and organizations to produce by September 30 related documents going back to 2015, specifically detailing any efforts to undercut climate science and policy.

"They need to have answers for what climate disinformation is still going on with their companies -- are they giving money to think tanks to try to influence studies?" Khanna told CNN. "Finally, they need to commit to stopping all of that."

In a letter to ExxonMobil CEO Darren Woods, lawmakers wrote they are deeply concerned the fossil fuel industry has "reaped massive profits for decades while contributing to climate change that is devastating American communities, costing taxpayers billions of dollars, and ravaging the natural world." 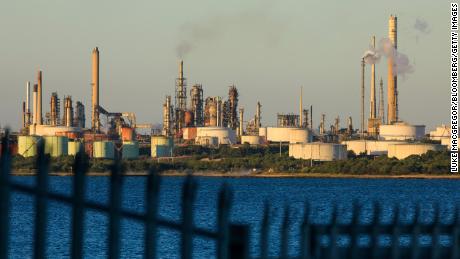 "We are also concerned that to protect those profits, the industry has reportedly led a coordinated effort to spread disinformation to mislead the public and prevent crucial action to address climate change," the letter reads.

He said the purpose of the hearing is not to try to "embarrass" fossil fuel executives, but to get them to admit disinformation and commit to stopping it in the future.

"It will help our climate agenda if the fossil fuel industry and lobbyists know they're under a magnifying glass," Khanna said. "It's to try to get the climate disinformation to stop so we can have legislation pass the House and Senate to tackle the climate crisis."

Zlatan was the second after Totti in 40 years to make an assist in a Serie A match, starting with the 2004/05 season
Ole Gunnar Sulscher: De Gea is among the best goalkeepers in the world. He's holding his tail with a gun again, it's a pleasure to work with him
Guardiola on 3-1 with Brighton: It would have been over with another opponent after 3-0, but not with this
Barcelona wants to sign Olmo, but does not plan to pay 60 million euros for him in the winter. Leipzig intends to keep the player
Carragher did not include Ronaldo in the united team of Manchester United and Liverpool players
Newcastle doesn't mind if fans wear clothes imitating Saudi Arabia. The club asked not to do this 3 days ago
Patrice Evra: Suarez said he hit me because I'm black

'Inside Job' showrunner thought a shadow government would be scary. Reality was scarier