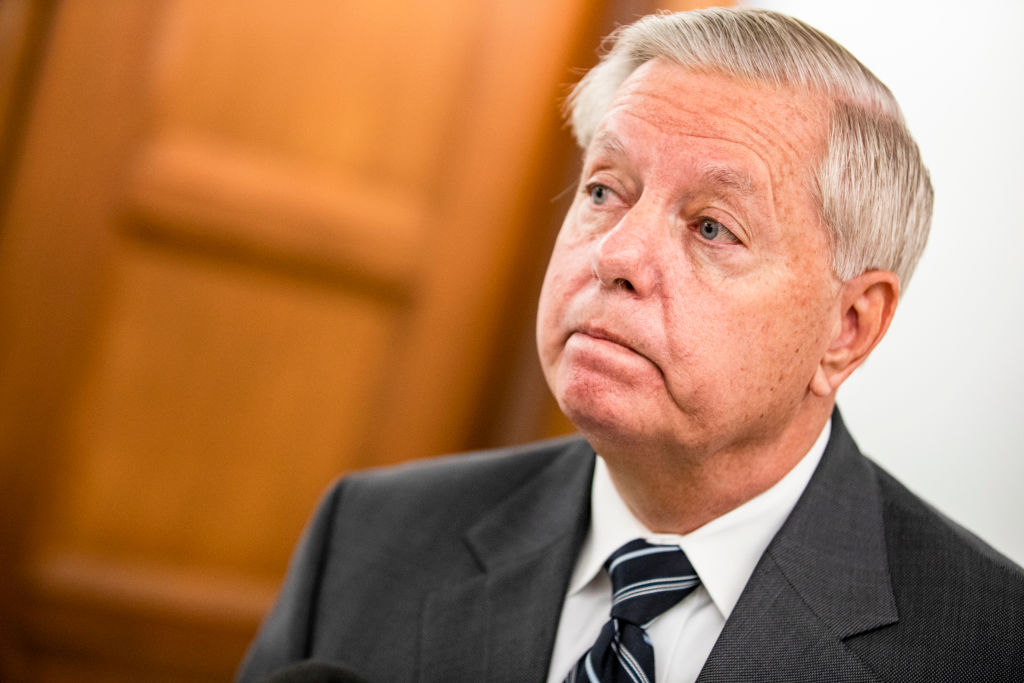 Committee Chairman Lindsey Graham (R-SC) makes a statement after voting in the Judiciary Committee to move the nomination of Judge Amy Coney Barrett to the Supreme Court out of committee and on to the Senate for a full vote on October 22, 2020 in Washington, DC. (Photo by Samuel Corum/Getty Images)

During an interview with The Hill, Graham questioned the source of Harrison’s funding.

“Where’s all this money coming from ActBlue coming from? How easy would it be to just have a bunch of pre-paid credit cards?” he asked The Hill.

ActBlue is a nonprofit technology company founded in 2004. The platform provides online fundraising software to assist Democratic candidates, such as Harrison, and liberal groups gain financial contributions from small-dollar donors, The Hill reported.

“Some of these shadowy figures out there running ads, is there any foreign influence afoot?” Graham asked The Hill. “Where is all this money coming from? You don’t have to report it if it’s below $200.”

He added, “When this election is over with, I hope there will be a sitting down and finding out, ‘OK, how do we control this?’ It just seems to be an endless spiral.”

REPUBLICAN SENATORS may use their waning political power to force AMY CONEY BARRETT on the AMERICAN PEOPLE–but they WILL pay a price! We must MAKE SURE THEY PAY!!! Support the opponents of Lindsey Graham (Harrison), McConnell (McGrath), McSally (Capt. Kelly), Collins (Gideon).

According to the report, the senator was referencing campaign finance rules however, an ActBlue spokesperson informed The Hill “the group reports even its smallest donations to the Federal Election Commission (FEC), which oversees fundraising for federal campaigns.”

theGrio reported Harrison previously stated he was “getting killed financially” by his opponent when soliciting donations from his supporters.  Harrison’s campaign revealed that the total was the largest-ever by any Senate candidate during a single three-month time frame. He beat out the $38 million raised by Democrat Beto O’Rourke in the final fundraising period in his 2018 race against Sen. Ted Cruz. 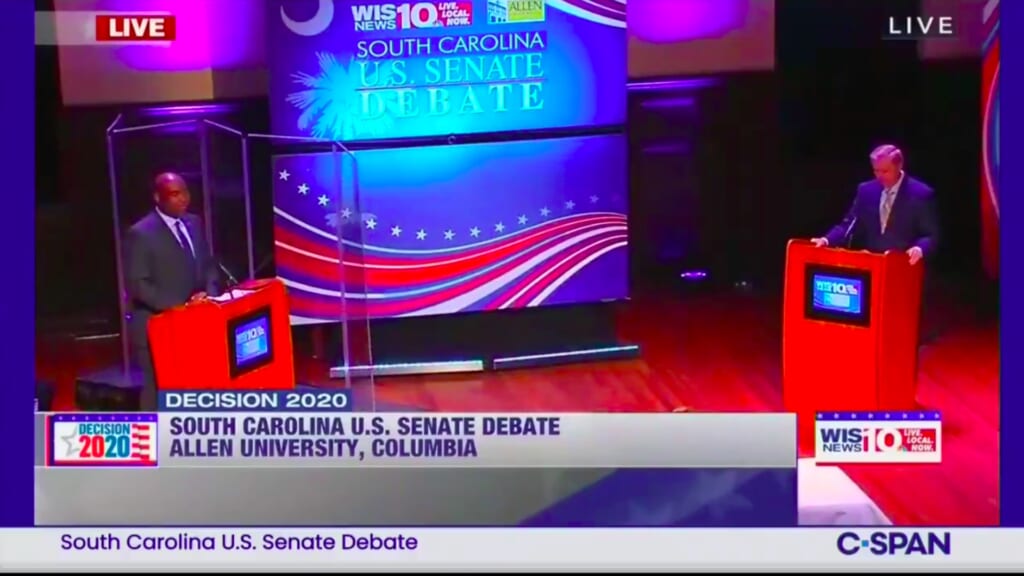 Screenshot of senate debate between Harrison and Graham (via CSPAN)

Graham assumed office on January 7, 2003, in South Carolina. Harrison has served as a Democratic political advisor in the state and is the associate chair and senior counselor for the Democratic National Committee.

The Argentine football Association confirmed the death of Maradona: You are forever in our hearts
Neymar is not even in the top 30 of Europe's best players. I won't buy it. Barca presidential candidate Freisha on the Brazilian
Lineker about Maradona: By far the best player of my generation and arguably the greatest footballer of all time
Taking cocaine was doing my opponents a favor. How sad it is now
Mourinho on The Best: there is an influence of clubs in the media and people who work better behind the scenes
Alderweireld will miss 2-4 weeks, Lamela may return next
Maradona died of cardiac arrest (Clarin)
Source https://thegrio.com/2020/10/23/lindsey-graham-investigation-jaime-harrison-fundraising/

Some Crucial 2020 Election Events Are Coming Up In December