Lizzo is not only using her celebrity but her native Detroit ties to encourage young voters.

Biden for President Michigan released a digital ad featuring the “Truth Hurts” singer on Wednesday that is a plea targeted to students at the University of Michigan. The Grammy award-winning artist, who was born in Detroit, asked them to pull the lever on behalf of Democratic nominee Joe Biden and his running mate Sen. Kamala Harris.

Read More: Lizzo tired of activism centered around being ‘fat and Black’

Lizzo, 32, acknowledged the realities of the pandemic but stressed that voting could still be safely done. 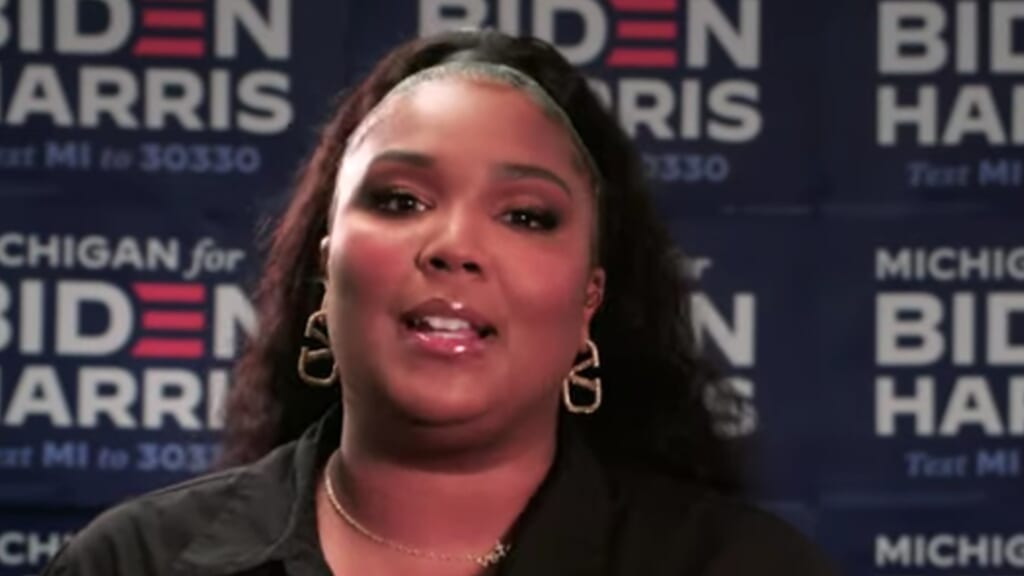 “Hello University of Michigan. It’s Lizzo. I’m here in Detroit urging young people to vote for Joe Biden and Kamala Harris and I need your help. I know the University of Michigan has a stay at home order to keep everyone safe but the order specifically says that students are allowed to go out and register and vote early,” she said in the pitch.

“So don’t wait. Put on your mask and go vote today. There’s even an early voting center at your campus art museum. So for more information, go to iwillvote.com. Go Blue and go vote.”

She also used the occasion to  have an “On the Yard” conversation with Lieutenant Governor Garlin Gilchrist II and young Black voters.

Lizzo has been vocal in her support of the Democratic ticket and was on the campaign trail in the important battleground state of Michigan last week. The superstar spoke at Focus: HOPE telling the crowd of 50 volunteers that she’s been grounded since COVID-19 hit the nation earlier this year, according to CBS News. However, she got on a plane to return home to lend her voice to Biden’s bid to unseat President Donald Trump as commander-in-chief.

“But when I heard about all you guys are doing out here in Detroit, working so hard, getting on a plane was the least I could do to say thank you in person,” she said.

She further thanked the gathered for trying to save “democracy” in the midst of the coronavirus outbreak.

“So, go get your packets, go knock on some doors, and be on the right side of history,” she said.

Van Dijk - best Central defender of 2020, Trent-right, Robertson-left (ESPN)
Massimiliano Allegri: Ronaldo is a top player in terms of mentality. He has a new goal every year
Borussia Dortmund presented a collection with Spongebob as part of a deal with Nickelodeon
Woodward on Manchester United and trophies: there is a lot of work Ahead to achieve the stability needed
Neuer - best goaltender in 2020, Alisson-2nd, Oblak-3rd (ESPN)
Liverpool are Interested in 21-year-old Leipzig defender Konate
Niko Kovac: I'm Waiting for Golovin to return. But it might be better to wait another week or two
Source https://thegrio.com/2020/10/29/lizzo-michigan-vote-biden-harris-digital-ad/

How to Watch the 2020 MTV Movie & TV Awards: Greatest of All Time on TV and Online