Maine kids given flu shots in school without parental consent

Three students at a Maine school were recently given flu shots without consent from their parents, according to media reports.

A spokesperson for Northern Light Health, the health group that administered the vaccinations, said the children were given the shots “without fully executed, or completely documented consent." USA Today reported.

In a statement, the Sanford School Department said Northern Light personnel didn't notice that forms for the vaccine had not been signed by the parents of the three students. In one situation, the form was signed but was crossed out and that student was given the shot anyway. 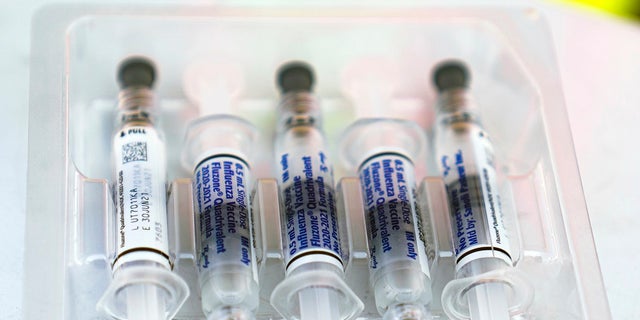 Three Maine school students were recently given flu shots without the consent of their parents. (AP Photo/Damian Dovarganes)

"The situation has caused us to re-assess and re-examine our flu shot process going forward," Superintendent of Schools Mark Nelson said.

In a social media post, one parent said their child had received the shot twice.

“I was upset. I was more than upset," George Kimball, the father of a seventh-grade girl, told WCSH-TV. "[My daughter] had the paper in her hand she asked me if I signed her up for a flu shot and I said no and she says I got one.”

The girl was vaccinated Oct. 22, he said. About 300 students in the school district have received the vaccine, Nelson said.

Flu vaccine permission slips are given to students to bring at the start of each school year. Kimball said NorthernLight apologized and said someone would get in touch with him. He has not yet heard back, according to the newspaper.

Neymar on reuniting with Messi: next year we have to do it
Scott Micromini: I hope Manchester United will win Leipzig and away
Lampard on whether Giroud will start in the Premier League: we'll See. Forward scored 4 goals for Sevilla
Lucescu after 0:3 with Juve: Dynamo is learning, getting experience and should go to the eurovesna
You can't be half-pregnant and half-make the playoffs. Tuchel on PSG's chances in the Champions League
Barcelona first ever Champions League penalty kick in 5 consecutive rounds
Almost pregnant doesn't mean pregnant. This is Tuchel's metaphor about PSG's chances for the Champions League play-offs: we explain their alignment with Manchester United and RB
Source https://www.foxnews.com/us/maine-kids-flu-school?utm_source=feedburner&utm_medium=feed&utm_campaign=Feed%3A+foxnews%2Fnational+%28Internal+-+US+Latest+-+Text%29

CDC Warns of ‘Most Difficult Time’ for US Public Health