Marathi controversy: Kumar Sanu lashes out at son Jaan, says 'What has his mother taught him'

Sara Gurpal is uhappy with her evection

Jaan Sanu would have never thought that a small, unintended comment could land him in such great troubles. In one of the recent episodes, the Bigg Boss 14 contestant, had reacted to Nikki Tamboli and Rahul Vaidya talking in Marathi.

His statement that he gets irritated by listening to it rubbed many outside the house, the wrong way. Shiv Sena leader Pratap Sarnaik and Maharashtra Navnirman Sena leader Ameya Khopkar sought an apology from Colors for airing it and Jaan Kumar Sanu for making the statement. Issuing an apology, Colors wrote, "We have received objections regarding the reference to the Marathi language during the episode broadcasted on 27 October 2020 on Colors channel. We have taken note of these objections and have taken corrective measures of removing the said part from all future broadcasts of the episode.

We hereby apologise if we have inadvertently hurt the feelings of the people of Maharashtra due to the broadcast of the said comment in relation to the Marathi language. We value the audience and the patronage of the Marathi speaking audience and respect all languages of India in the same manner."

Jaan too apologised to the Marathi speaking people and added that his statement was unintentional and he is sorry if he has hurt anybody. 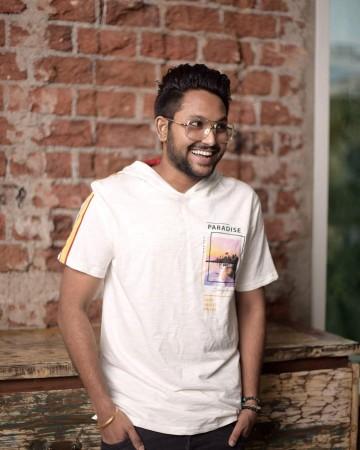 Now, Jaan's father, Kumar Sanu has also come out to seek an apology. In a video, Kumar Sanu has said that he is what he is because of what Mumbai has given him. He added that he is shocked by the statement made by his son. He also said that he and his son have been living separately for the last 27 years. He also questioned his son's upbringing by his mother and said, "Ye unka maa ka kya siksha hai" (what has his mother taught him). Kumar Sanu further said that he respects and loves all languages and can only seek apology for the hurtful statement made by his son.

Neymar on Maradona: You will always remain in our memory. Football is grateful to you
If football was a movie, Diego would be its main character. Showsport readers say goodbye to Maradona
Napoli fans held a fire show in front of the stadium in memory of Maradona
Maradona signed documents about embalming and exhibiting. Family didn't know
Zorc about the future of Holland: We have long-term plans with him
Juve will play with Genoa, Inter against Fiorentina, Milan-Torino and other pairs of the 1/8 final of the Italian Cup
Musa about Sheffield: I want to play at the top level, with all due respect to this club
Source https://www.ibtimes.co.in/marathi-controversy-kumar-sanu-lashes-out-son-jaan-says-what-has-his-mother-taught-him-829822