A 16-year-old boy in Mississippi has been accused of killing another teen, reportedly a friend, over a pair of Nike Jordan sneakers.

Cassius Vaughn Hanzy allegedly fired a gun from a vehicle in Gulfport several times late Saturday after an earlier fight with a 17-year-old boy over the athletic shoes. The unidentified victim eventually died from his injuries. 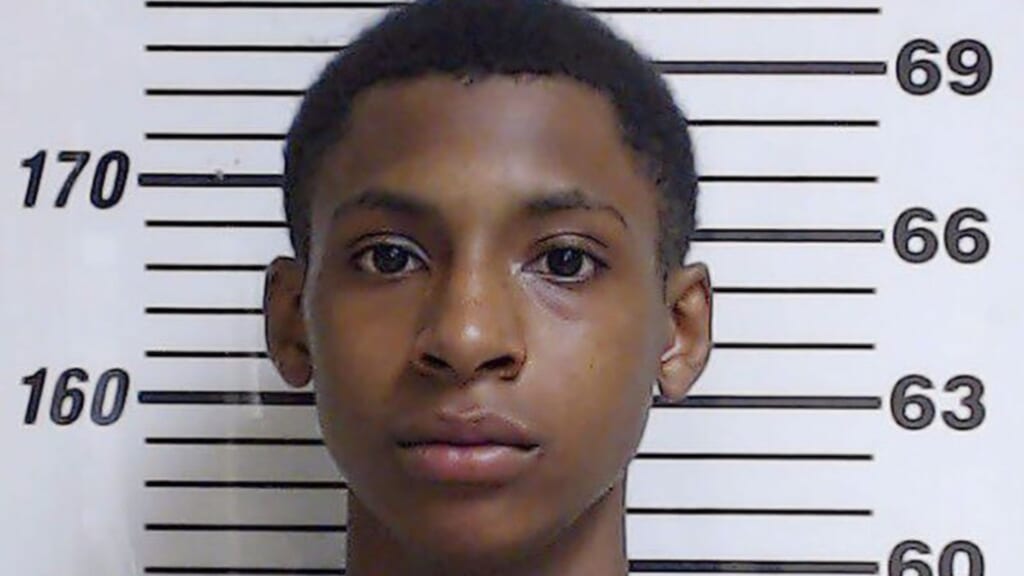 Mississippi youth Cassius Vaughn Hanzy (above), 16, allegedly fired a gun from a car Saturday after an earlier fight with a 17-year-old over Jordan shoes, and the injured victim eventually died. (Gulfport Police Department)

According to a news release, Gulfport Police initially charged Hanzy with one count of a drive-by shooting; the charges will be upgraded due to the victim’s death.

Last year, two 19-year-old boys were arrested in Florida after killing an 18-year-old girl over some Adidas Yeezy sneakers.

Andrea Camps Lacayo and her boyfriend had arranged to meet Adrian Cosby and George Walton to meet the suspects to sell them three pairs of the coveted shoes when they were shot in a robbery; she subsequently died.

At the time, her school, Terra Environmental Research Institute, said the loss of the campus’ dance team captain was “immeasurable.”

Gene Collier of The Pittsburgh Post-Gazette wrote an editorial after Lacayo’s death in which he wondered, “Nearly 50 years after a Nike basketball shoe eclipsed in the public consciousness the humble canvas Converse All-Stars basketball shoe, in which the Boston Celtics won eight consecutive NBA titles (and 11 in 13 years), 35 years after the debut of Air Jordans, we’re still shooting each other over … Sneakers?”

The columnist featured a quote from attorney Jared Goldstein, who told Business Insider, “Violence in sneakers is a big issue. When reselling started becoming popular, there was a lot of violence that was involved. (Before some sellers shifted to digital apps), people would use Craigslist, and they would meet up and be held at gunpoint for sneakers, and that violence continues to this day.”

“We are,” Police Chief Chris Ryle told local media, “but not just in the city, nationwide, there is a rise in crime, and, unfortunately, the violence is gun violence, which is often times resulting in death.”

“We have also partnered with the U.S. Department of Justice and the U.S. Attorney’s office here in Mississippi and have launched Project Eject over the last year, where we target individuals with guns and drugs,” he added. “If we or they are able to make an arrest and charge them with that, they would face federal time, which those prison sentences are more severe, and they have to do more of that sentence than they would at the state level.”

The chief noted that community support before and after crimes are committed is essential to lower the city’s rising violent crime rate.