The mom who fell to her death along with her 2-year-old son at Petco Park may have accidentally lost her balance while fooling around with the tot on a picnic bench next to the railing, a witness says.

The doomed 40-year-old mother and child were with a man in an outdoor dining area at the San Diego Padres baseball stadium for Saturday’s late-afternoon game when the horror unfolded, a woman who saw the tragedy told the local NBC-TV affiliate.

“The man that was with her was standing by the railing as the woman started jumping on the bench of the table closest to the railing, holding the baby in her arms,’’ the witness told the outlet in a written statement.

“She seemed happy — laughing,” the witness said of the still-unidentified mom.

The mother fell off the bench with her son to the floor of the concourse at first — then “about 30 seconds or a minute later, she jumped back up and did it again, facing the man as she jumped with the baby,” the witness said. 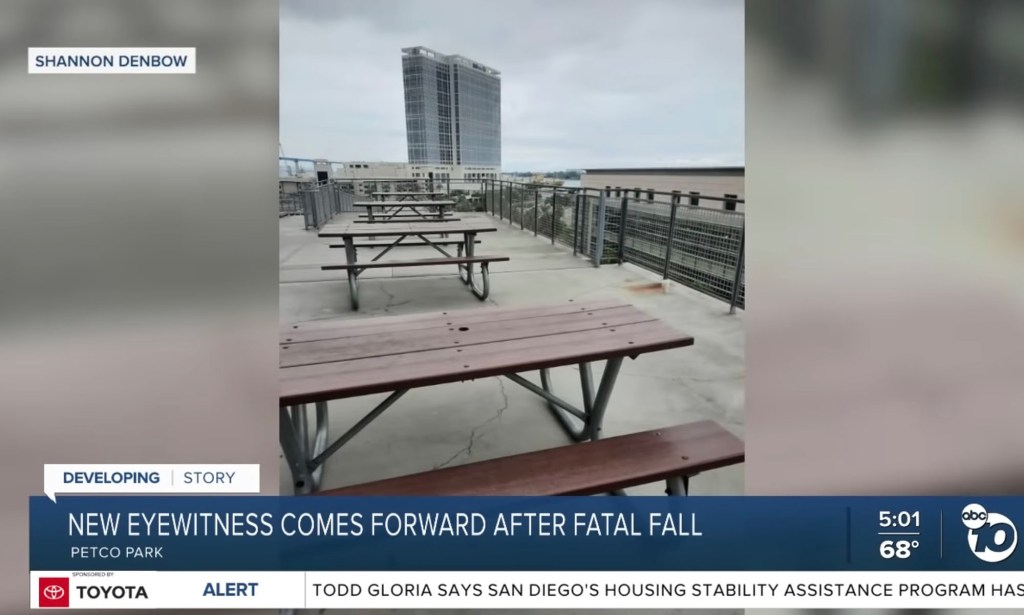 Cops have said the child’s father was at the park at the time of the incident, although it is unclear whether he was the man watching the mom jump with her kid before they fell six stories.

“I remember saying, ‘I can’t believe [the mother’s] doing that again,’ and then she was gone,’’ said the witness, who was sitting with her own son next to the family and later told cops what she saw.

“From my vantage point, looking at her back, it was almost like she rolled over the railing. I told my son, ‘Oh my gosh she went over!’ ” the woman said. 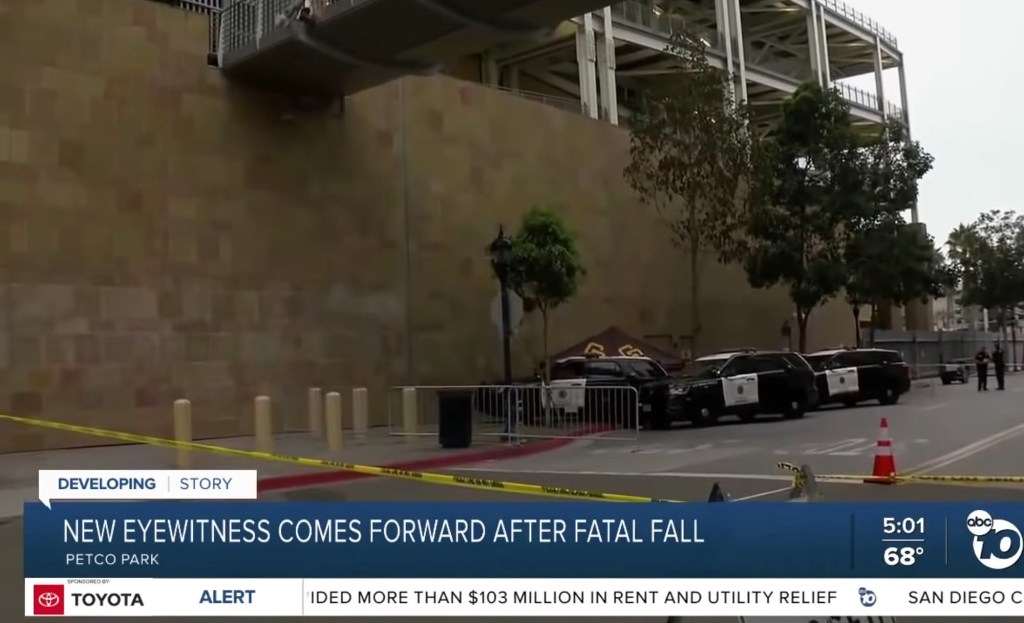 “There were no screams: It was just eerily quiet. Unfortunately, we heard the sound when they hit the ground,” the woman added.

Cops have said they are still investigating the deadly incident, calling it “suspicious” Sunday but adding it’s unclear whether it stemmed from an accidental or intentional act. The dead pair have only been identified as having been from San Diego.

Authorities have urged witnesses to come forward to help fill in the gaps in their probe. 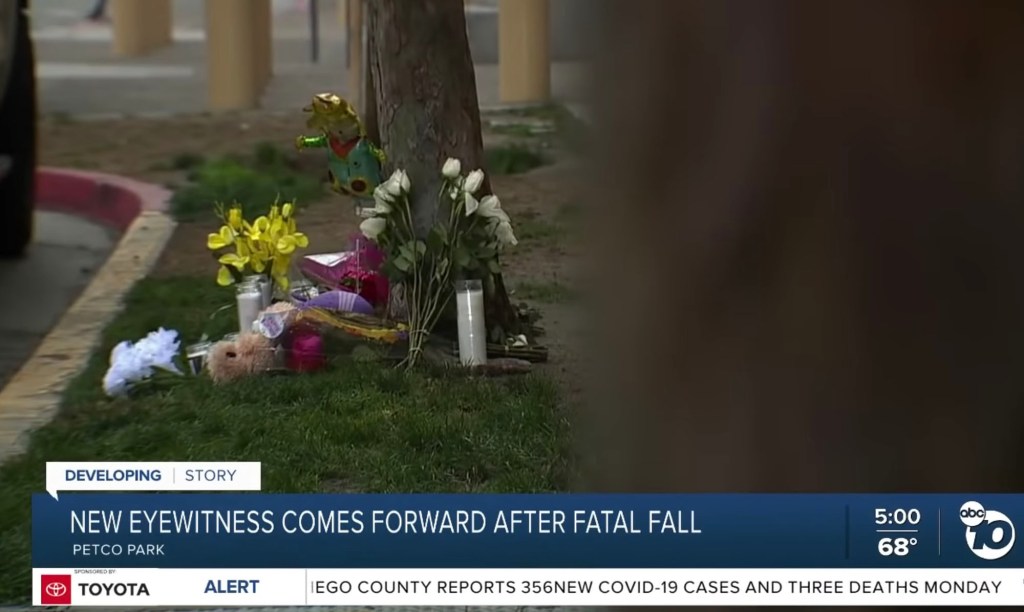