A former defense attorney for California man Scott Peterson accused prosecutors of targeting her ex-client in their push to retry him for the death penalty -- but Fox Nation host and longtime legal analyst Nancy Grace was having none of it.

Peterson, convicted in the Christmas Eve 2002 murder of his pregnant wife, Laci, returned to court for the first time in more than a decade last week, after California's Supreme Court overturned his death sentence citing “significant errors” in the jury selection process.

On Oct. 23, however, prosecutors announced that they would once again seek the death penalty for the 47-year-old, a move that came as little surprise to his former defense attorney.

"I was expecting them to do that. They'd invested a lot of time and energy in getting the conviction and, of course, the death penalty. I was just surprised at the way they did it," Lara Yeretsian, who helped represent Peterson during his initial trial, tells Grace in Fox Nation's new episode titled "Nancy Grace: Wife - Baby Killer Scott Peterson To Face New Jury?" 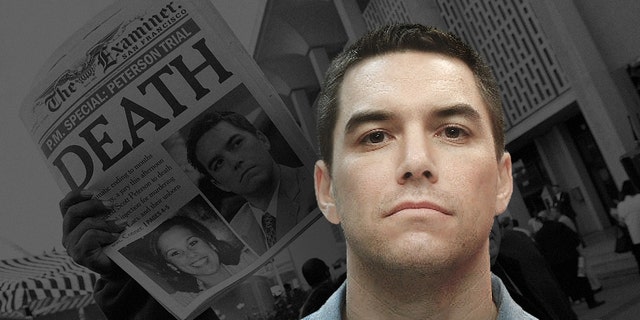 REDWOOD CITY, CA - DECEMBER 13: Edie Alejandre, a carrier for the San Francisco Examiner, hands out copies of the newspaper's special edition which headlines the sentence of death in the Scott Peterson Trial outside the San Mateo County Courthouse December 13, 2004 in Redwood City, California. Peterson was convicted of two counts of murder in the deaths of his wife Laci Peterson and their unborn child. (Photo by Justin Sullivan/Getty Images)

Investigators say Peterson took the bodies of Laci and their unborn son from their Modesto home and dumped them from his fishing boat into San Francisco Bay, where they surfaced months later. Peterson was arrested after Amber Frey, a massage therapist living in Fresno, told police that she and Peterson had begun dating a month before his wife’s death, though he had told her his wife was dead.

Yeretsian said that while she believes Peterson to be "stone-cold innocent," she recognized prosecutors "were going to do everything possible to get Scott, and they're not just not going to walk away" from the overturned death sentence.

Grace, a former prosecutor herself and current host of the Nancy Grace crime stories on Fox Nation, took issue with Yeretsian's analysis.

"Woah, Woah Woah ... hold on," she interjected. "You think the state was out to get Scott?"

"Well, I mean they're prosecutors and if they go after somebody, the idea is that they would put them in prison," Yeretsian argued. "If it's a murder, they'd want him to go away for life, or get the death penalty.

"But," Grace retorted, "when you say they're out to get him ... some people would call this seeking justice.

SCOTT PETERSON: 15 YEARS LATER, A LOOK BACK AT A CASE THAT GRIPPED A NATION

"Of course I think they're out to get him," Yeretsian maintained before arguing that "a defendant, by the way, also deserves justice.

"I think Laci and Connor deserve justice because the people who really perpetrated this crime should be arrested and tried," she asserted, "not the wrong person. "

To watch the full episode of “Nancy Grace: Wife - Baby Killer Scott Peterson To Face New Jury?" and for more from the crime stories series, visit  Fox Nation and sign up today.

Borussia Dortmund presented a collection with Spongebob as part of a deal with Nickelodeon
Woodward on Manchester United and trophies: there is a lot of work Ahead to achieve the stability needed
Neuer - best goaltender in 2020, Alisson-2nd, Oblak-3rd (ESPN)
Liverpool are Interested in 21-year-old Leipzig defender Konate
Niko Kovac: I'm Waiting for Golovin to return. But it might be better to wait another week or two
Suarez's Italian language examiners were suspended for 8 months. An investigation is underway against the Director of Juve Paratici
Zinedine Zidane: I Never felt untouchable at Real Madrid. Criticism is normal
Source https://www.foxnews.com/media/nancy-grace-scott-peterson-death-penalty-lara-yeretsian

Chicago-area vaccination sites will be at hospitals, clinics, pharmacies — but also drive-thrus at schools, parks and maybe Six Flags

Developer had big plans for land polluted by the steel industry on Chicago’s Southeast Side. Instead, he flipped the property for millions, and now taxpayers likely will pay for the cleanup.

3 gunmen, weapons drawn, confronted retired Chicago firefighter. He pulled out a revolver and was shot dead.