One of the scariest moments of LaMarcus Aldridge’s life led to a realization.

“That night was so dramatic for me,” Aldridge said Monday. “I was like, ‘I’m definitely done.’ ”

During an April 10 game against the Lakers, the most reliable thing there is — a heartbeat — felt off. Aldridge has a history of cardiac issues, and a team of doctors around the country had given him a “checklist” of things to do to get his heart feeling right again.

None worked. He returned to his Los Angeles hotel room with a heartbeat that continued to be irregular and chest tightness.

“It was a combination of things that I’d never experienced,” the 36-year-old Aldridge said. “It was an overwhelming 24 hours of new experiences with a heart condition. … It was a very scary night for me.”

He was hospitalized, and after further conversations with doctors he retired after just five games with the Nets, going out as a seven-time All-Star with nearly 20,000 career points.

And yet, there he was at media day at Barclays Center wearing a Nets jersey and ready for a 16th NBA season, set to battle with Blake Griffin for a starting center role on a team with championship expectations. 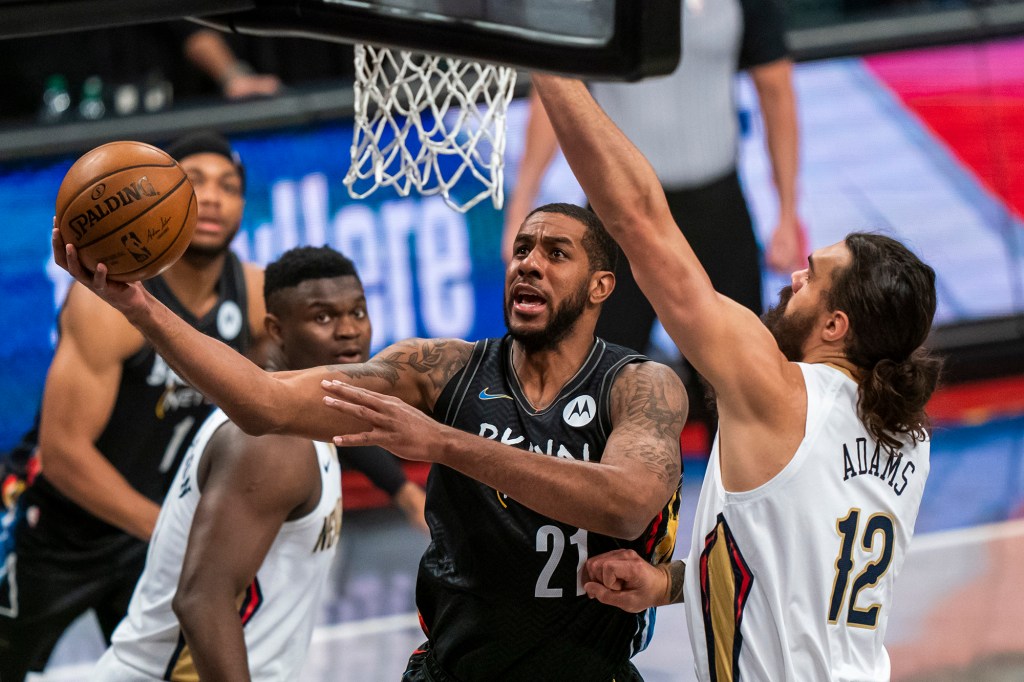 After the incident, he returned to Texas, where he had been treated for a minor heart arrhythmia in 2017 while with the Spurs. He was studied with a first goal of “trying to feel comfortable with everyday life.”

And then he got on a treadmill and began taking steps, literally and metaphorically. As he progressed, plans of joining NBA TV and getting further into real estate were being pushed out of his mind.

Aldridge was cleared to play again Sept. 2 and talked with another team in his brief free agency, but there isn’t another team that gives him as clear an avenue to a championship ring that he does not own. He picked the Nets after San Antonio bought him out last year, and he picked them again.

Still, there was one more hurdle to clear. Sean Marks tried to talk him out of it.

“I said, ‘Why? You don’t need this. Why would you come back?’ ” the Nets’ general manager said recently. “[But] I think it’s important to see the conviction.”

“He did try to sway me,” Aldridge said. “Sean’s a great guy, a very understanding guy.”

The Nets doctors took a look at the big man, too, and gave the green light. Aldridge is back on a team overflowing with All-Stars. and a team that added sharp-shooter Patty Mills, whom he played with in Portland and San Antonio — “I can’t get rid of the guy,” Mills said with a smile.

Neither can the NBA.

“After everything I did over the last five months to get back,” Aldridge said, “I’m going to go out on my own terms.”

Carragher about Ronaldo outside the united Manchester United and Liverpool team: Greenwood became a superstar, we had to find a place for him
Laporta on Messi's departure: Barcelona is above the players. I could not pawn the TV rights for 50 years
Guardiola believes that there will always be dissatisfied players: They are paid to play football, and I say that they will not play. How can they be happy?
Zlatan was the second after Totti in 40 years to make an assist in a Serie A match, starting with the 2004/05 season
Ole Gunnar Sulscher: De Gea is among the best goalkeepers in the world. He's holding his tail with a gun again, it's a pleasure to work with him
Guardiola on 3-1 with Brighton: It would have been over with another opponent after 3-0, but not with this
Barcelona wants to sign Olmo, but does not plan to pay 60 million euros for him in the winter. Leipzig intends to keep the player