Oppo has established a niche in being stylish, no matter what product it launches. Its phones pose a striking appeal and now the same reflects on wearables as Oppo brings the "style" factor to fitness bands. Oppo Band Style, as the name implies, is a stylish alternative to sporty-looking fitness trackers.

Priced at Rs 2,799, Oppo Band Style has a lot of offer relevant to these COVID times. But does it make the cut to break through the competition and convince buyers? Let's find out.

Fitness trackers look very much alike these days, and that's not at all a bad thing. Why fix something that isn't broken. Oppo, with its Band Style, is taking a subtle approach to bringing out a stylish change in the design element to make a sense out of the band's name. 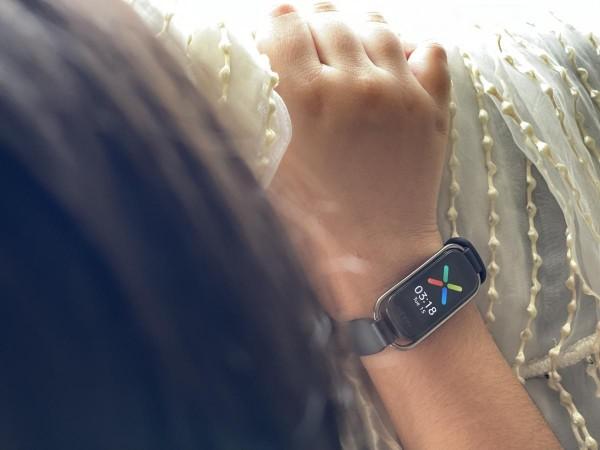 All Oppo did was change the strap style to stand out and it's working. But more than the look factor, this design change is also quite comfortable. The straps comfortably wrap around the wrist and the display sits securely inside an aluminum cradle, which gives the impression that the display is levitating. Oppo also includes a regular strap, which makes it like a traditional fitness tracker. It's nice to have the additional strap, which makes it useful in the long run. Since it was a tad wider than the stylish strap, it will have a liking from male users. But the vanilla variant or the white strap looks more stylish than the black one. 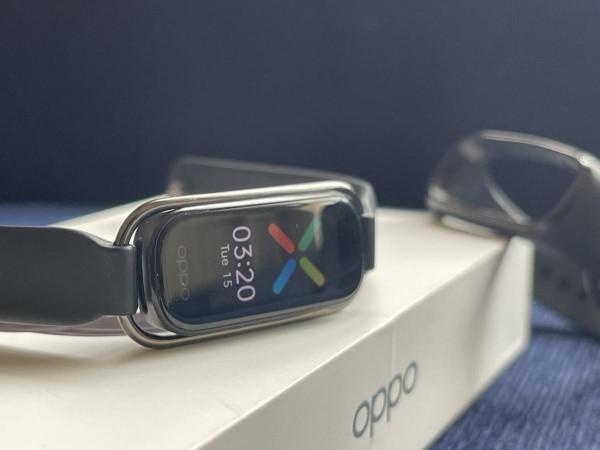 Oppo Band Style features a small 1.1-inch AMOLED display with 2.5D glass on top. The display is responsive and keeps fingerprint smudges at bay. With five levels of brightness, the tracker is easily visible both indoors and outdoors. Features like raise to wake, cover the display with a palm to switch off the screen came in handy during our use. There are also five watch faces, all quite appealing. You can replace the watch faces from the library (there are 40 of them), but you cannot add a sixth one to the tracker. But we found five watch faces to be plenty depending on our use. 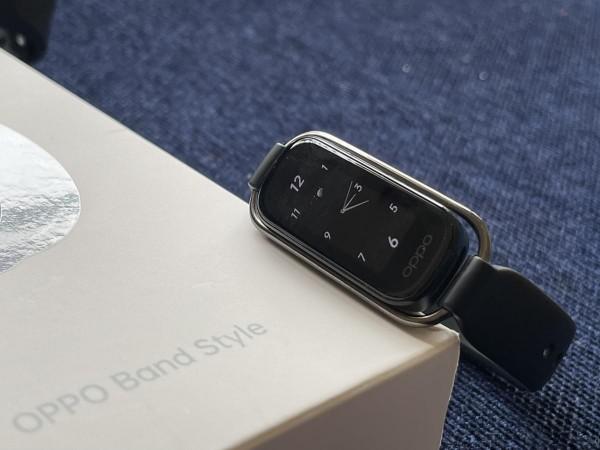 In terms of style and display, the Oppo Band Style has got what it takes. There are no surprises or disappointments in this space.

Oppo Band Style has a simple UI, works by swiping right or left to show messages, daily activity, heart rate, SpO2 and more. With a single tap, you can enter the app. Swiping left on the screen takes you back to the previous screen. Although there are notifications for calls, you cannot accept them, but you'll be able to reject calls from the wrist, which works best in case of driving. During our use, we did not face any issues with the UI, it works as intended. Since tracking is the main part of the device, the Band Style is keeping the basics in check and doesn't go overboard. It tracks heart rate and SpO2, which are quite useful given the current pandemic situation. What we found really useful is tracking oxygen levels even in sleep, if you do not mind draining the battery sooner.

The tracker is also water-resistant up to 5ATM, so swimming or taking a shower without removing the band is made possible.

The Band Style tracks different exercises and there are 12 modes to choose from. Due to the lockdown, the band's tracking capabilities were tested with limitations. It tracks steps, calories burnt with little negligible error. The band also tracks sleep, but the lack of REM indicatory means you do not get detailed statistics as you would in other fitness trackers. 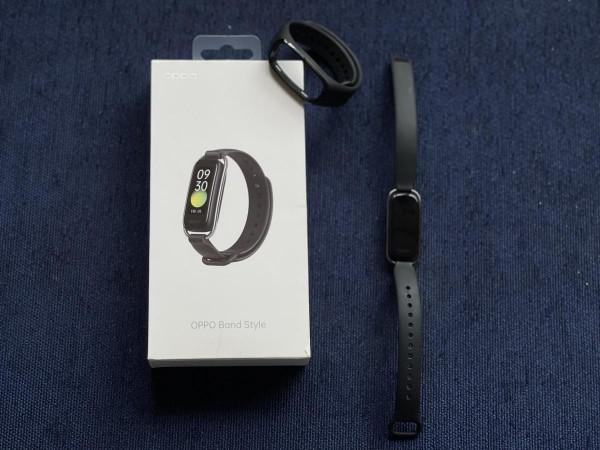 All in all, the Oppo Band Style gets the job done, but doesn't go out of its way in terms of tracking health activities.

Fitness trackers tend to last a lot longer than smartwatches (at least most of them). We have noticed an average of a week's worth of battery life on a single charge. While using all the features integrated in the Band Style in moderation, expect the tracker to last well over five days. But if you turn off heart rate and SpO2 and use it manually, you can reach close to a week's mark. If you put all the features to test for constant monitoring, expect the battery drain in just 4-5 days. 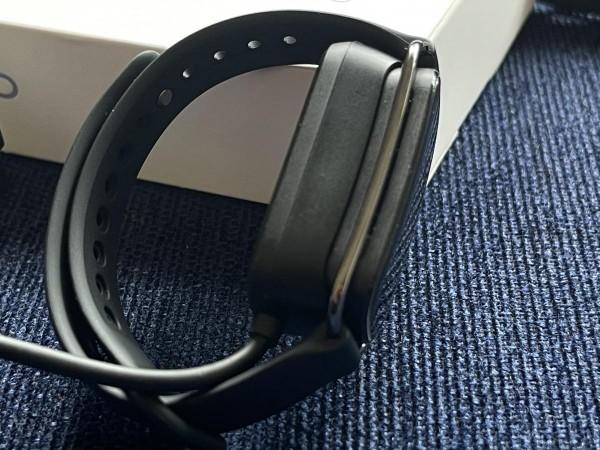 Once drained, the battery will take about an hour to fully charge. The best part about the cradle strap is that you don't have to remove the display to place it on charge.

Oppo Band Style is not the first choice for fitness enthusiasts, but those who want a balance between fitness and style can surely consider it. It looks more polished than many fitness trackers in the market and the affordable pricing makes it a good place to start. Things going for Oppo Band Style are the design, heart rate monitor, SpO2 sensor, decent battery, a spare strap, easy-to-use UI. But also lacks some elements such as REM indicator and GPS. 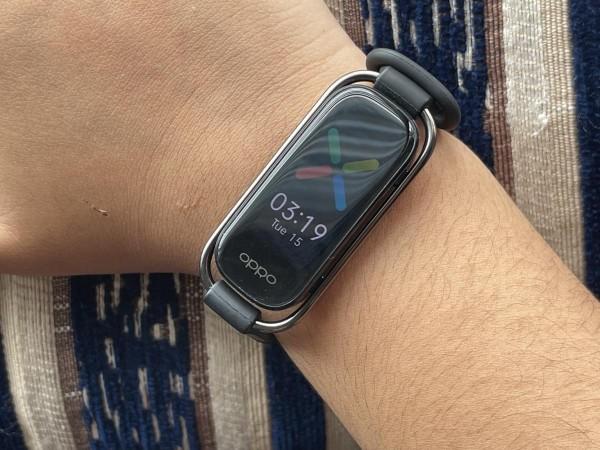 Oppo Band Style checks all the right boxes to remain competitive in the fitness tracker market in India.

The Euro knocked out the English leaders Manchester United: Maguire was hurriedly treated, Rashford refused surgery, Shaw played with a fracture
Liverpool will sell Wilson to Fulham for 14 million euros
Henrikh Mkhitaryan: Mourinho and I have a new chapter, we have settled everything. I stayed, believing in the Roma project
Ed Woodward: We are moving in the right direction with Sulscher. Manchester United plays in the best traditions of the club
Ole Gunnar Solskjaer: Manchester United wants to take the biggest and best trophies. We are ready for the next step
Sulscher has signed a contract with Manchester United until 2024. There is an option to extend it for another season
Tottenham have loaned goalkeeper Atalanta Gollini with a buyout option

Abbreviated Pundit Roundup: Delta is on a roll (and that's not good)

Permanent Residents Who Left The U.S. During The Pandemic Worry They Can't Come Home

Viva Las Vegas! The City's $2 Billion Wedding Industry Is Back

Teens Asked, We Answered: The Truth About COVID-19 Vaccines

Teen Girl Leaders In A Pandemic: Fight For What's Right, Then Groove To BTS

Whatever Happened to the ‘Us vs. Them’ Olympics?

Victor Davis Hanson: How did the Democratic Party of JFK, Bill Clinton turn into a woke neo-Maoist movement?

Dr. Sanjay Gupta: The Olympics' pandemic playbook is put to the test

Who's Mirabai Chanu: Her colourful journey from accidental weightlifter to Olympic medalist is inspiring [Profile]