A case has been registered against cleric Maulana Abdul Aziz, his collaborators, as well as seminary students under the Anti-Terrorism Act (ATA) and different sections of Pakistan Penal Code (PPC) after flags representing the Afghan Taliban, were found hoisted on the rooftop of the Jamia Hafsa seminary in Islamabad, Dawn news reported.

Talking to Dawn, officers of the capital administration and police confirmed that the case was registered after flags representing the Afghan Taliban were found hoisted on the rooftop of the seminary.

The administrator of the seminary, Maulana Aziz, also openly threatened the police with dire consequences by using the name of Afghan Taliban. 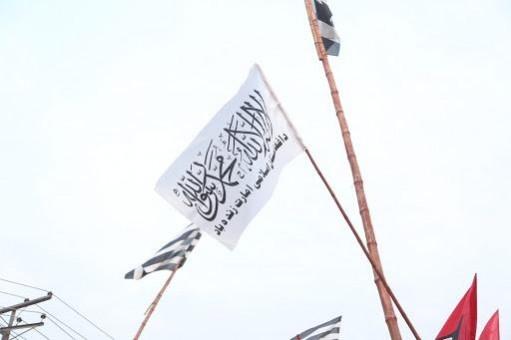 Besides, the seminary students and teachers challenged the police and taunted them with remarks, they added, the report said.

This was the third time since August 21 the Afghan Taliban flags were hoisted on the seminary, which is located adjacent to the Lal Masjid.

Earlier, at least five white flags were found installed on the rooftop of the Jamia.

After receiving information, the district administration sent a police contingent, including anti-riot unit, which cordoned off the seminary.

To counter the presence of the police, a number of seminary students climbed on to the rooftop.

Besides, other students also reached outside the building, they said, adding that the students and teachers challenged the police and taunted them with remarks, the report said.

This created tension in the area but both sides restrained themselves from physical confrontation.

Some people affiliated with the seminary, including Maulana Abdul Aziz, also displayed weapons.

However, hoisting flags of the Afghan Taliban on the building spread terror and insecurity among the local residents, they said.

(With inputs from IANS)

Laporta about Fati: It was necessary to do everything possible for him to stay. Barcelona is the best place for him
Mourinho on 6 missed for the first time in his career: My feelings are not a problem. Such a defeat does not harm me, but the guys
Pellegrini pro 1-6 with Bude-Glimt: Roma deserved a slap in the face. I can only apologize
PSG hope that Ramos will make his debut for the club in November
Roma Mourinho was torn apart in the Arctic Circle - 6:1! Holand's friend has 2+ 3, Jose missed so much for the first time
Henri doesn't think Salah is the best in the world: How can we forget about Lewandowski and Benzema? But in the Premier League, he is the best by a margin
Dani Alves: Barcelona is Barcelona. We hope to win against Real Madrid

Migrants and Refugees Face an Invisible Trauma We Can’t Ignore

Inside Netflix’s Adoption Documentary Found, and One Genealogy Researcher’s Quest to Unite Families

The California ShakeOut is just a drill. Are you ready for a real earthquake?

There Are Seven Ways to See Dune. Which Should You Choose?

What is the metaverse? Meaning explained

Could Live Cuts or Cover Versions Sneak Back Into Grammy Nominations?

Stream It Or Skip It: ‘Insiders’ On Netflix, A Convoluted Spanish ‘Big Brother’ Copycat Where The Housemates Don’t Think They’re Being Filmed

Dodgers vs. Braves prediction: Max Fried will close out LA

CDC guidelines for 2021 holidays: How to celebrate safely

Kansas tries to right passing game against No. 3 Oklahoma

Are newly-engaged ‘RHONJ’ star Teresa Giudice and Luis Ruelas meant to be?

Yes, there’s a ‘Squid Game’ Alarm Clock that shoots you to wake you up

Challenges and opportunities of innovation on the way to digital transformation

No. 4 Alabama wants to keep streak alive vs rival Tennessee

Formula One foothold growing, series here to stay in USA

The Kind of Yucky Reason the Advice on Aspirin Has Shifted

Luke Bryan on why he ‘can’t imagine’ ever slowing down: ‘I’m always happy onstage’

Memorial service in honor of Colin Powell set for Nov. 5

Why can't congressional Democrats deliver more on their promises? It's complicated.

Colorado Passed a Major Police Reform. Will Other States Follow?

Why no tusks? Poaching tips scales of elephant evolution

Is ‘Ron’s Gone Wrong’ on HBO Max or Netflix?