Bill Belichick may have benched his struggling quarterback on Sunday, but he’s continuing to stand behind him.

The New England Patriots head coach already said on Sunday that Cam Newton would continue to be the starting quarterback despite his recent issues. Belichick went even further on Monday during an interview on WEEI’s “Ordway, Merloni & Fauria,” saying that Newton is their best option at quarterback.

Offense needs to be more productive

“I think he's our best player there, so again there are other problems offensively," Belichick said. "There are things we need to do better and that is what we're going to work on. I think we have our best players out there. We just have to find a way to be more productive. We have been at times, but we certainly weren’t yesterday, and we need to see if we can improve that.”

That has to make Newton feel a little better after Jarrett Stidham replaced him after he threw his third interception on Sunday. There are problems, but Belichick is confident they’ll get through them. After suffering the worst home loss of his Patriots career, a 33-6 drubbing by the San Francisco 49ers, there’s really nowhere to go but up.

COVID-19 not an issue

Newton’s struggles have intensified since he came off the reserve/COVID-19 list a few weeks ago. In his last two games, he’s 26-for-40 with 255 yards, five interceptions, and no touchdowns. Not exactly the stellar Cam we’re used to seeing.

Belichick was asked during a Tuesday video conference whether Newton is suffering from the after-effects of COVID-19, and if that could be why he’s been playing so poorly. Belichick dismissed that immediately.

Newton said the same thing on Monday when he was interviewed on WEEI, denying that his play is being affected by COVID-19 or any other injury. 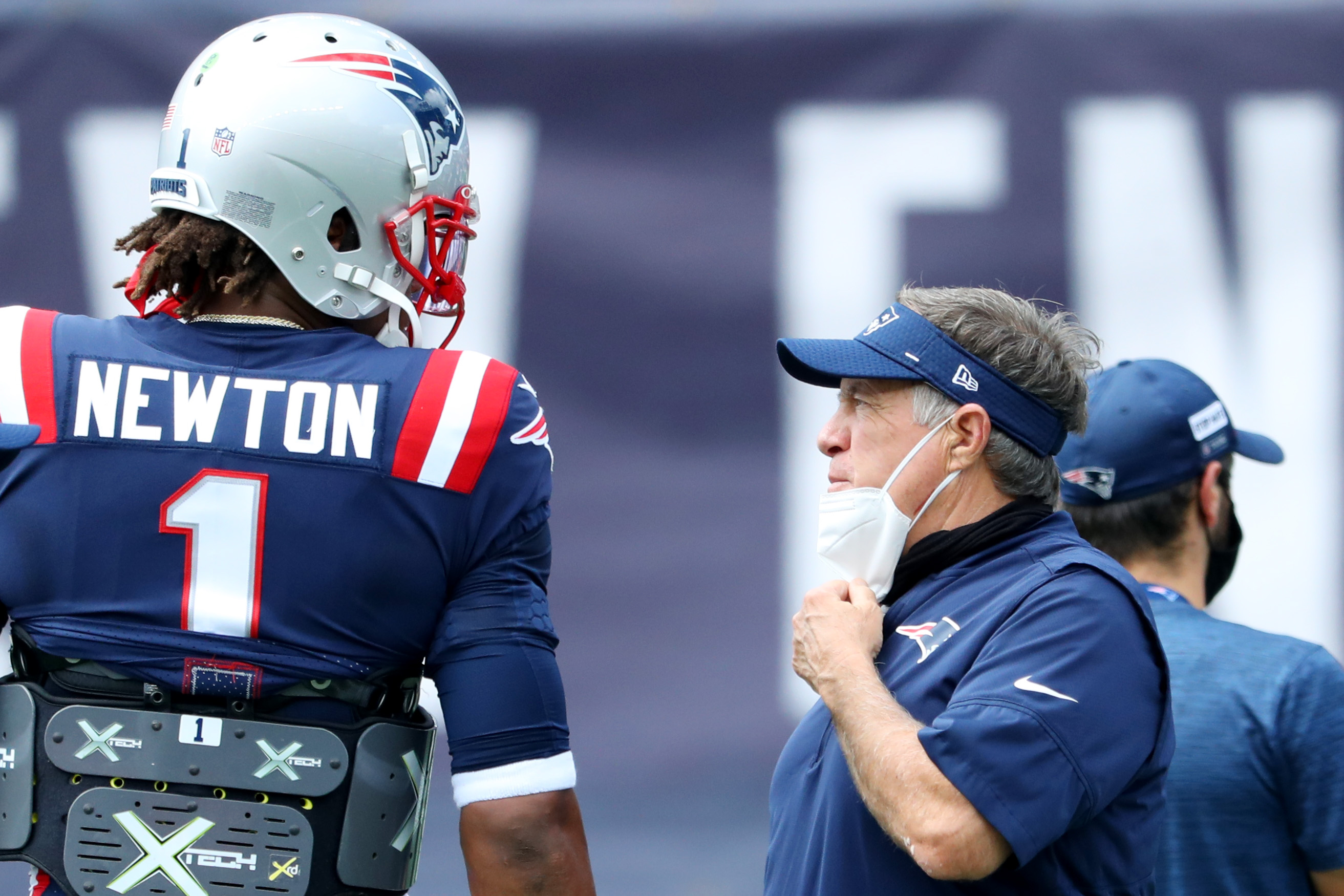 Wilshire about the lack of Ozil in the application of Arsenal: I'm surprised. He can play for any club in the Premier League
What to read about Maradona: how the Church named after Diego appeared, why he admired an unknown football player, how he got involved with drugs
God is dead. Sports media of the world mourn Maradona
Mourinho about Klopp's words about dissatisfaction with the Premier League calendar: He came in 2015, I-in 2004. Nothing changes
Chelsea want to activate the option to extend their contract with Silva. The club is happy with the defender
Zidane adapted perfectly to the losses and outsmarted Conte in everything. Hazard finally lit up in the top match
Nani: the Fans love Bruno. He is not afraid to take risks and only thinks about the success of Manchester United
Source https://www.aol.com/article/news/2020/10/27/patriots-bill-belichick-remains-committed-to-cam-newton-hes-our-best-player-there/24665505/