Tom Brady and Peyton Manning had one of the greatest on-field rivalries in the history of sports.

Manning’s not letting it die just because he’s retired.

Manning, a showman, is probably still on your TV on Sundays as much as Brady is, if not more. And he’s keeping the fires burning with Brady five seasons after his last football game.

Brady is having a remarkable age 43 campaign in his first season with the Tampa Bay Buccaneers. But Manning wants to make sure we’re not getting too carried away with praise and did a segment on his ESPN+ show “Detail” he titled “Do you think Tom was throwing to Gronk?”

In it, he questioned whether Brady actually intended to make a great throw in a Week 6 win over the Green Bay Packers or whether in fact he just got bailed out by Rob Gronkowski.

That is world-class needling executed like only Manning can. And the repeated mention of Brady’s fourth-down gaffe against the Chicago Bears?

“Will we get Tom to admit who he was throwing to? I don’t think so. He wouldn’t admit he didn’t know it was fourth down.”

Just outstanding work all around. 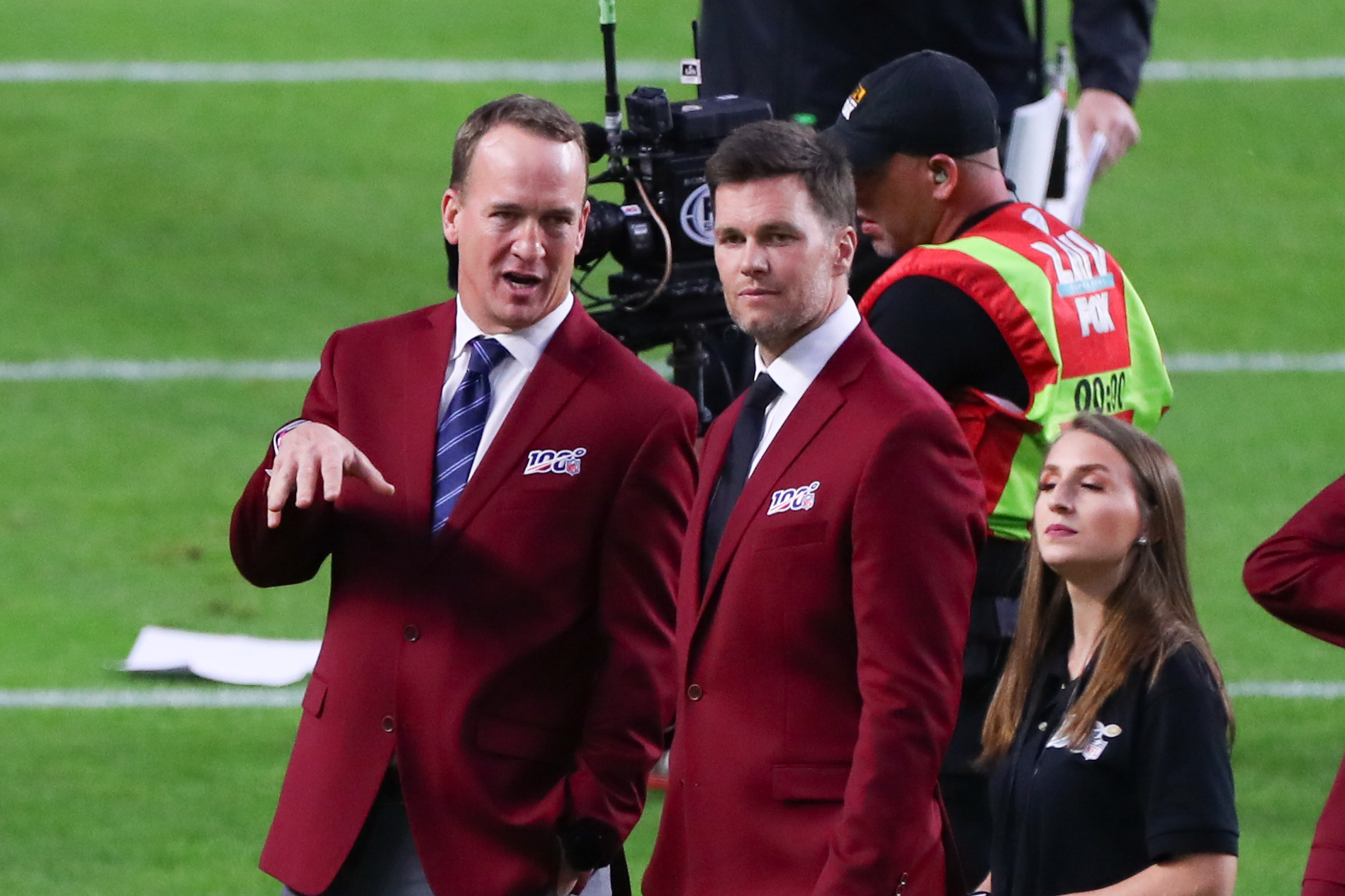 Manning and Brady faced off frequently for the highest of sports stakes in their football primes. They also both have a sense of humor and a good-natured approach to their rivalry.

Manning got the best of Brady in his celebrity golf match in May alongside Tiger Woods and Phil Mickelson. He and the world also got to laugh at Brady splitting his pants.

That — like his game-film breakdown — was a significant win for Manning.

Brady will just have to take solace in his six rings and continued on-field success.

Ole Gunnar Solskjaer: Any decision I make is for the good of Manchester United. The main thing is the result
Mourinho on Tottenham: We don't have the same conditions as some clubs. They create a crazy market
Hazard was injured for the 8th time in 16 months at Real Madrid. He had 12 injuries in 7 years at Chelsea
Frank Lampard: Abramovich is a man who achieves his goals. Without this, it is impossible to achieve his position
Marcelo was actually grabbed by the hair. Clear penalty. Ex-referee Iturralde Gonzalez on the controversial episode in the match of Real Madrid
Gasperini on Atalanta's defeat: the Players are tired. We pay more for national team games than for the Champions League
Neymar on the draw with Bordeaux: PSG played timidly. If we don't win, it will be as difficult in Ligue 1 as in the Champions League
Source https://www.aol.com/article/news/2020/10/29/peyton-manning-relentlessly-needles-tom-brady-in-game-film-takedown/24667664/