When Sanjay Kapoor and Shanaya Kapoor made their appearance as father and daughter in the reality television show Fabulous Lives of Bollywood Wives, everyone got the hint that Shanaya Kapoor was the latest member from the Kapoor clan set to make her debut as an actress.

A quick interaction with Sanjay Kapoor had been arranged with International Business Times at a short notice, where Sanjay Kapoor excitedly wanted to talk about his first role as an on-screen cop. Cops over the ages have come on screen as the Angry Young Man, Singham, or the corrupt man or as the regular man trying to solve a crime.

Sanjay Kapoor's character comes with a supernatural gift. While talking about his latest venture, IBT also dug in to find out if Shanaya will become the Kapoor cousin to join the acting business.

How did you manage to shoot for The Last Hour in the middle of so many lockdown schedules? 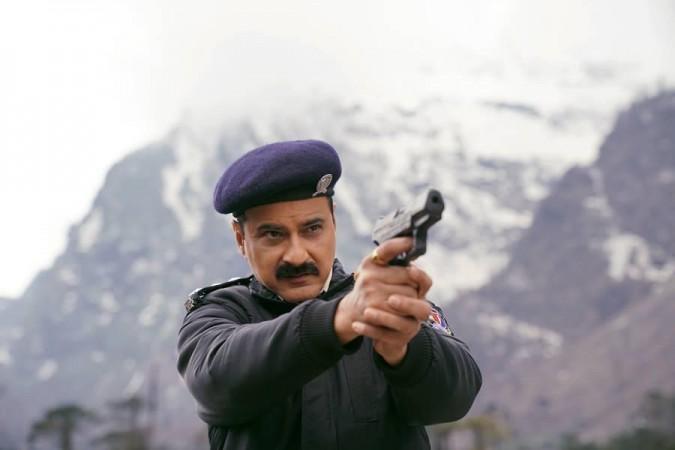 As an actor what kind of genre has been your favourite?

You're right, I have been working as an actor for the last 26 years, I think more than the genres, I like the variety of roles. I have done romantic films, action films, I have done negative roles, like Koi Mere Dil Se Puche, and I did Qayamat, I did fun films like Luck By Chance and Shandaar. Now here I am doing a supernatural crime thriller. What I'm doing for the first time, I'm playing a cop in the film for the first time in my life, in my last 26 years I have never played a cop in my life, so yeah it is an interesting phase for me. It is interesting that I got the chance to do various kinds of roles and I'm still doing different roles.

So, the first time you are playing a cop and you have to encounter supernatural activities. It's not like solving real crime. Would you like to comment on that experience?

Speaking about The Last Hour, it is a supernatural crime thriller. It is basically a crime thriller, Im a cop posted in the northeast, and he has to solve this murder. Although, Im playing a cop, Im a vunlerable character, Im not a supercop, larger than life, extremely like, they can do no wrong. He has a family, insecurities are there, the complexes of family, but side by side he is a cop who needs to solve his murder case, he needs to do his job. He realises that he has a gift, superpower, he gets to know what happens when a human dies, what happens in the last hour by touching. That's how he solves these wierd murders happening in the area.
So basically it is a crime thriller, he has the power, to know what happens in the last hour. 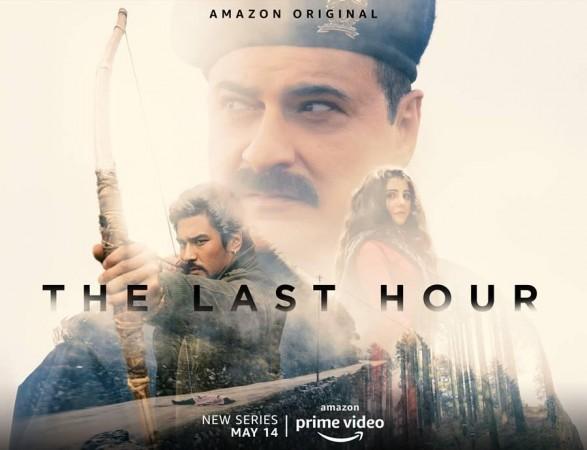 Do you think that horror genres are not taken seriously in India like in Hollywood we treat the work of Stephen King?

Well like I said, this is not a horror genre first of all, so I would not answer this in that kind of a thing. There are no ghosts, chudail. There is a person who has a gift to see what happens when a person dies. So there is a lot of difference between horror and supernatural. We have made it very realistic. So when you are watching it you will believe what is happening and feel the part of the characters. The director has created the ambience, the location is also adding to the eerieness of the show. It has become very believable. We wanted fresh faces because when you cast new faces they leave a better impact than seasoned actors.

Acting has been in your family, will Shanaya Kapoor will soon be joining the show business?

What is she looking for?

Well, she has signed a film. Her journey has just started, when you talk to her I think she will be the best person to answer all the questions about herself. We will stick to Sanjay Kapoor and The Last Hour.

While you have been an established actor, your children take over and become the more prominent stars. How do you see this culture?

Scotland coach Clarke: There were a lot of good moments during the group stage, but no points scored
England are the most boring group winners in history. Two goals were enough! And at the World Cup, the Italians once became the first even with one
Dalic - to the fans after reaching the Euro playoffs: You are our strength, and we will be your pride
Modric became the youngest and oldest goalscorer in Croatia at the Euro
Czech Republic coach Shilgava: We came out of the group and fought with England for the first place. We got what we wanted
Gareth Southgate: England wanted to win the group and continue to play at Wembley-and it succeeded
Luka Modric: When Croatia plays like this, we are dangerous for everyone

Russia says it may fire to hit intruding warships

Learning a Language Can Make You a Better Entrepreneur

UK says it would sail into Crimean waters again, a day after naval confrontation with Russia

The Latest: Infections, deaths continue to soar in Russia

Valerie Biden Owens, the president's sister, has a book deal

As The Pandemic Recedes, Millions Of Workers Are Saying 'I Quit.'

How the Biden Administration Can Make the U.S. a Global Leader on LGBTQ Rights

He tried to commemorate erased history. China detained him, then erased that too

Op-Ed: A year ago, U.S. businesses pledged to change in support of Black Lives Matter. How have they done?

Didn’t hear a tornado siren or alert Sunday? Here’s what to do.

Help! My Wife Wants Me to Stay With Her in the Normie Line Even Though I Have PreCheck.

Ask a Teacher: My Daughter Refers to Her Friend as Her “Secret Bully”

Malaga Industry Awards Go To ‘My Emptiness and I,’ ‘The Barbaric,’ ‘Saudade,’ ‘The Souls’

UK urged to deliver on policies to deal with climate change

How Quickly Should Companies Have to Disclose Data Breaches?

A multi-story building near Miami has partially collapsed, authorities say

The Analysts Buy Into These Top Brands

Angelina Jolie, Jonny Lee Miller Have Been Secretly Dating For Two Years, According To New Report

Bolsonaro should be tried for crimes against humanity, Indigenous leaders say

Here's What to Do When a Market Correction Threatens Your Portfolio

Girl kills village head's husband in UP; Blames it on sexual harassment for over two years

2 men changing punctured tyre on road run over in UP

‘A lot of people are jaded’: Dems despair amid D.C. gridlock

Democrats hurtle toward debt deadline without a clear plan