China's infamous Wuhan Institute of Virology (WIV) lab has docked up some unspecified classified projects and responsibilities under China's state secrets law, reveals a review of the lab's public records and internal guidelines, which stands as a hurdle to the probe into the origins of the Covid-19 pandemic.

The review found that some records mention protocols for disclosing information to foreigners and the sealing of some research reports for up to two decades, the Washington Post reported on Tuesday.

The Wuhan lab has drawn global scrutiny because of its research on bat coronaviruses in the city where the pandemic began. Globally, many experts have, in recent weeks, pushed to determine the lab leak theory, which was earlier dismissed as conspiracy. US President Joe Biden has also recently ordered the intelligence community to redouble efforts to examine how the virus originated, including the lab accident theory. 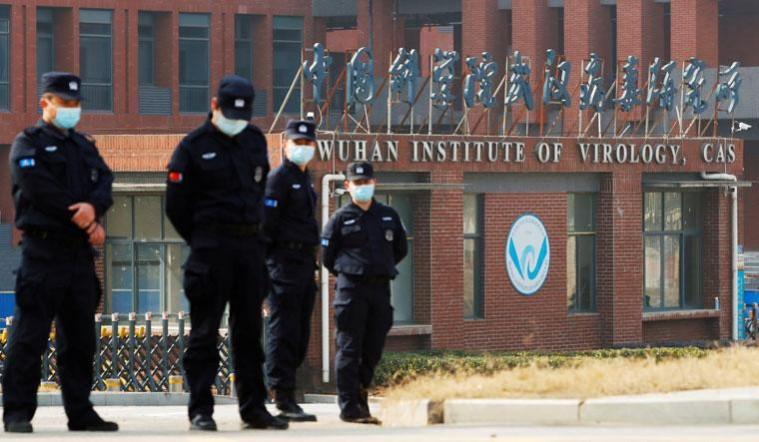 However, the review finds that Wuhan lab was prepared for such an investigation more than a decade ago and had set up systems to handle confidential information.

In May 2019, Tang Kaihong, a local representative of China's National Administration for the Protection of State Secrets, discussed the national security risks of the institute's research and warned of infiltration efforts by foreign spies, according to an account published by the Chinese Academy of Sciences.

According to WIV's guidelines on information disclosure, the institute shares details of its work with the public, with the exception of state secrets, research and work secrets, matters under investigation, and disclosures that would violate the law.

Thus, the topics of the lab's classified projects are unknown. The lab and the National Administration for the Protection of State Secrets did not respond to questions on the matter, the Post said.

Further, the Wuhan researchers have maintained that they did not encounter Covid-19 before the pandemic and that no accidents occurred at the lab. So far, no evidence has emerged to contradict these statements, the Post noted.

Experts doubt that even with the renewed investigations, a lab leak can neither be proved or ruled out.

"We will never know the answer. We either take their word for it, or we send you over with some muscular guys and we draw their blood. Would we tolerate that? No, we would not," Robert Gallo, director of the Institute of Human Virology at the University of Maryland School of Medicine, was quoted as saying.

Ed Woodward: We are moving in the right direction with Sulscher. Manchester United plays in the best traditions of the club
Ole Gunnar Solskjaer: Manchester United wants to take the biggest and best trophies. We are ready for the next step
Sulscher has signed a contract with Manchester United until 2024. There is an option to extend it for another season
Tottenham have loaned goalkeeper Atalanta Gollini with a buyout option
Liverpool offered 100 million euros for Chiesa. Juventus refused (La Repubblica)
Tottenham will sell Alderweireld to Qatar's Al-Duhail for 15.2 million euros
This club helped a young child to dream. Thanks. A farewell letter to Dortmund from Sancho