Two children were reportedly found clinging to their dead mother — who had saved their lives by drinking her own urine so she could breastfeed them after their boat broke apart and they drifted at sea for days.

Mariely Chacón, 40, of Venezuelan, was aboard the Thor on Sept. 3 along with her 6-year-old son, 2-year-old daughter, husband and nanny for a pleasure cruise from Higuerote to Tortuga Island in the Caribbean when disaster struck, Newsweek reported, citing Univision.

During the trip to the uninhabited island, a wave struck the boat and broke its hull apart – forcing the group to spend four days adrift on a lifeboat in the blazing sun.

The desperate mother decided that the only way to save her kids was by consuming her own urine, which allowed her to breastfeed them during the harrowing ordeal, according to the report.

Rescuers finally discovered the survivors, who included the children – identified as Jose David and Maria Beatriz Camblor Chacon — and their nanny, Verónica Martinez, 25, who was found hunkering down in an empty icebox to escape the searing temps. 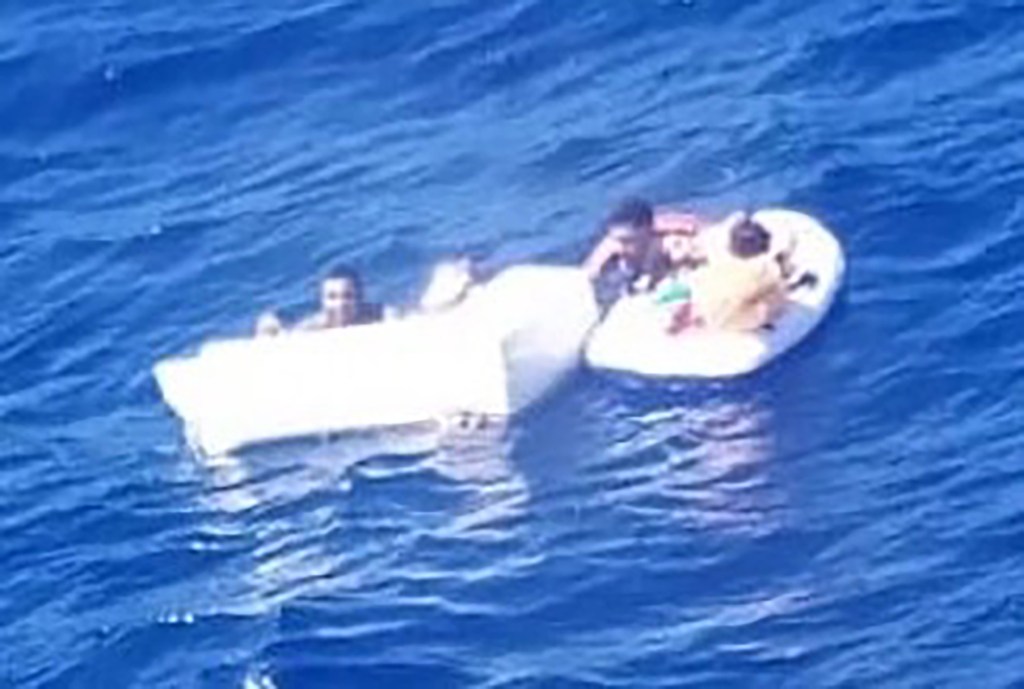 The kids, who were found clinging to their mom’s body, and Martinez were treated for dehydration and first-degree burns, The Sun reported.

Five other people who had been aboard the stricken vessel — including the father, Remis David Camblor — have not been found, according to Newsweek.

Chacón suffered organ failure due to electrolyte depletion caused by dehydration, which was possibly accelerated by her breastfeeding, a forensic medicine source told La República, according to the mag. 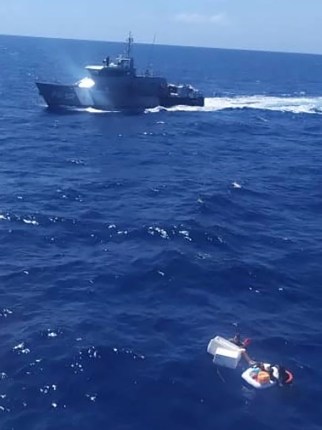 Venezuela’s National Maritime Authority INEA said the lifeboat was spotted at 6:20 p.m. Sept. 6 drifting off the island of La Orchila, The Sun reported. The coast guard vessel AB Carecare reached the craft at 2:10 p.m. the next day, it added.

“The mother who died kept her children alive by breastfeeding them and drinking her own urine,” an INEA spokesman said. “She died three or four hours before the rescue from dehydration after drinking no water for three days.”

The mom’s funeral — which was held in Caracas on Sept. 11 — was broadcast on YouTube.

Another user wrote: “I did not have the privilege of meeting you. Your last days of life speak a lot about what was in your beautiful heart, you are a being of light in eternity.”

Her father, Humberto Chacón, said the fateful voyage was “simply a family trip to entertain the children,” La República reported.

The search continues for the remaining people, who have been identified as Jose Javier Marcano Narvaez, Alejandro Osorio Graterol, Vianney Carolina Dos Santos Morales and Camblor, who was the boat’s skipper, The Sun said.

The INEA official said there is very little chance of finding them.