EXCLUSIVE: SundanceTV is investigating the true-crime genre with a new franchise.

The AMC Networks-owned cabler is launching True Crime Story, which will kick off with two documentary series – It Couldn’t Happen Here and Indefensible.

The move comes on the back of a slew of true-crime docs for the network including The Preppy Murder: Death In Central Park, No One Saw A Thing and Jonestown: Terror In the Jungle. 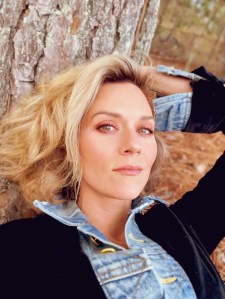 The strand will focus on telling a wide variety of true crime stories from unique perspectives.

It Couldn’t Happen Here is hosted by One Tree Hill star Hilarie Burton Morgan (left). It will put a spotlight on small-town American crime stories that demonstrate how crime impacts these tight-knit communities in unique and surprising ways.

Featuring six, one-hour episodes, the series, which premieres on September 9, will see Burton Morgan travel to small towns to hear the facts of the case from family members and local insiders in an attempt to understand the challenges the community faced investigating the crime, learn the lasting impact the crime has had on the fabric of the town, and ultimately call attention to where justice currently stands.

Indefensible looks into cases where the outcome is shaped by more than what initially meets the eye, and in the process brings something new to the genre. 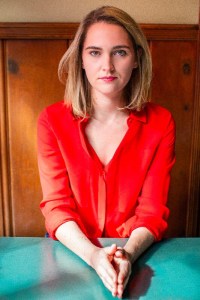 Jena Friedman (right), who was a field producer on The Daily Show and a writer on The Late Show with David Letterman, will host and travel the country to unspool real cases on the ground.

Unlike most true crime shows, this one doesn’t end when the criminal gets locked up. Friedman finds there’s always more to the story and drives to a different outcome beyond the simple whodunnit. She aims to uncover the why and how of the crimes as well as the sometimes dysfunctional criminal justice system. The series will launch on Sundance TV and AMC+ on October 14.

“Some of the most memorable programs on SundanceTV in recent years have focused on true crime stories, as we’ve built the category into an important part of the network’s brand,” said Blake Callaway, general manager of SundanceTV, IFC and BBC America. “Working with Hilarie Burton Morgan and Jena Friedman to bring their talents and points of view to this new franchise is an exciting next step.  We can’t wait to share these two, new series that will offer a unique take on the genre this fall.”

Hilarie Burton Morgan said, “Advocating for small towns has been the primary focus of my adult life, whether it’s fighting for mom and pop shops, or public schools or facilities like Astor Services. I believe deeply in the value of these small communities. Last year, my husband and I were able to team with the AMC family to shed light on a number of the struggles our community was facing during Covid, as we had local friends and neighbors from the Hudson Valley on as guests for our show Friday Night In with the Morgans. Continuing my relationship with the AMC family at SundanceTV and digging deeper into the issues that are specific to small towns is a mission that I’m honored to be part of.”

Jena Friedman added, “Many Americans don’t think about our criminal justice system until they’re in it. I hope this show gives viewers insight into some of the ways in which the system is flawed, so at the very least, they’ll be a little more prepared in the event they ever end up on a jury.”