The Supreme Court on Monday said it will not hear a case out of Pennsylvania related to the 2020 election, a dispute that had lingered while similar election challenges had already been rejected by the justices.

The high court directed a lower court to dismiss the case as moot. 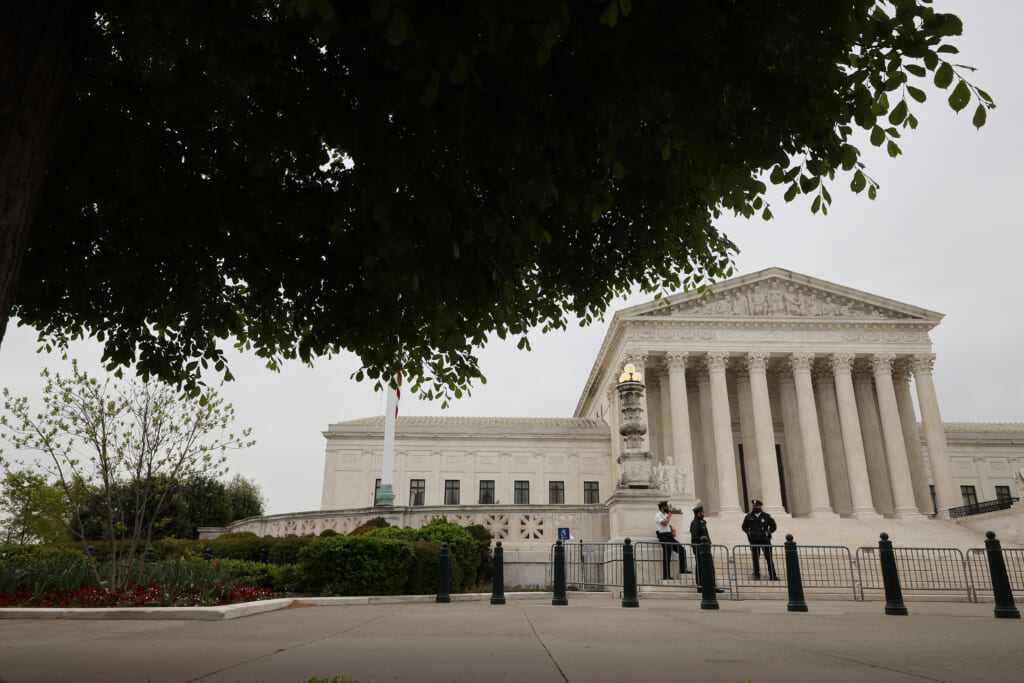 Justices of the United States Supreme Court will meet via teleconference and not at the court building on April 19, 2021 in Washington, DC. (Photo by Chip Somodevilla/Getty Images)

The justices in February, after President Joe Biden’s inauguration, had rejected a handful of cases related to the 2020 election. In the case the court rejected Monday, however, the court had called for additional briefing that was not complete until the end of March.

The case involved a federal court challenge to a Pennsylvania Supreme Court decision requiring election officials to receive and count mailed-in ballots that arrived up to three days after the election. More broadly, however, the case concerned whether state lawmakers or state courts get the last word about the manner in which federal elections are carried out.

The Democratic National Committee was among those that argued the case should be rejected as moot because the 2020 election is over. Those that brought the case said the justices should hear it because the issues involved are important and recurring.

The court had previously rejected other cases that had involved the Pennsylvania Supreme Court’s decision to extend the deadline for mail-in ballots. Three of the court’s conservative justices dissented, saying they would have taken up the cases.

The genesis of the cases were changes Pennsylvania lawmakers made to the state’s election laws in response to the coronavirus pandemic. Despite the changes, lawmakers left in place a Nov. 3 deadline to receive absentee ballots. Democrats sued, and Pennsylvania’s highest court cited the ongoing pandemic and United States Postal Service delays in extending the deadline for mailed-in ballots to be received.

Wanda Murren, the communications director for the Pennsylvania Department of State, said Monday the elections agency is considering what to do about those ballots now, and whether they should be added to the final tally. In all, just over 10,000 ballots were received by elections officials after polls closed on Election Day, Nov. 3, but before 5 p.m. on Friday, Nov. 6.

“We are pleased that yet another court ruling has affirmed the accuracy and integrity of Pennsylvania’s November 2020 election,” Murren said.

More than 600 of the ballots received during those three days had no postmark or an illegible postmark.

The 10,000 ballots would not have altered the outcome of the presidential election in the state, which former President Donald Trump lost by some 80,000 votes.