Now’s the time to get your Quesalupa fix before it’s too late.

Taco Bell will be removing the item from its menus soon, according to a recent report.

A company spokesperson told Thrillist on Wednesday that the Quesalupa would be leaving menus "later this month."

"Fans are encouraged to satisfy their Quesalupa craving before it leaves Taco Bell’s menu later this month," the spokesperson said.

FORMER BURGER KING EMPLOYEE AWARDED $2M AFTER SHE WAS FIRED FOR HAVING A TRACHEA TUBE: LAWSUIT

Though fans of the dish will likely be disappointed, Taco Bell was clear that the Quesalupa would only be available for a limited time when it was added to menus back in March.

The Quesalupa -- a combination of a quesadilla and a chalupa -- originally appeared in 2016 for a limited time. 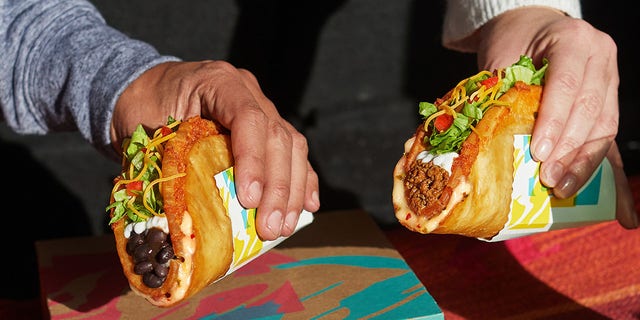 Taco Bell said this week that it will be removing the Quesalupa from its menus "later this month." (Taco Bell)

When it announced the return of the Quesalupa in March, Taco Bell said it had been updated -- with 50% more cheese.

"Behind the scenes in our Test Kitchen, my team is constantly hard at work ideating on how to enhance the food experience for our guests," Liz Matthews, Taco Bell’s global chief food innovation officer, said in a statement at the time. "Our customers raved about the cheese-filled Chalupa shell in its first debut, so when the Quesalupa began its return journey back to our nationwide menus, we knew we needed to perfect that cheesy experience — one that will be consistent for every guest and every bite."

Ahead of the Quesalupa’s removal from Taco Bell menus, the fast-food chain released an animated film about one fan’s cross-country journey to get a Quesalupa in Knoxville, Tennessee, where the item was being tested in October 2020.

Taco Bell posted the clip -- which was made with the help of other Reddit users -- on Twitter Wednesday.