The noise around Saif Ali Khan – Dimple Kapadia's web-series Tandav doesn't seem to be dying down anytime soon. The show received backlash soon after it premiered for hurting religious sentiments. The show was also accused of promoting enmity between different groups on the grounds of religion, race or place of birth. #BanOn Tandav #BoycottTandaav were some of the hashtags that had soon started trending. An FIR was also registered against the makers following which director Ali Abbas Zafar issued unconditional apology through a statement. 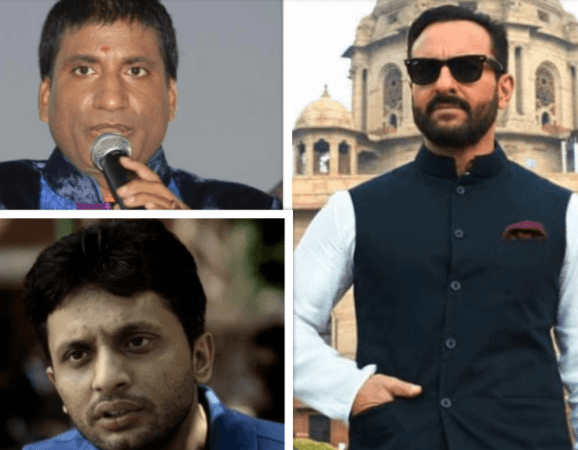 (Shame on you! The makers of such web series making fun of our Hindu Gods and Goddessess. You should be ashamed. If you are brave create comedy on another religion. But you wont do that because you will be beheaded. Everytime in all web series Saif Ali Khan does this. No one is here to stop him, there is no law. Hindus have a big heart, they have been forgiving him. But now the time has come for the Hindus to wake up. There are demands that the scene be removed but that won't solve anything. They should get strictest of punishments).

What's caught everyone's attention is how Raju Srivastav is furious at Saif Ali Khan for disrespecting Gods, however, it was Zeeshan Ayyub who featured in that particular scene. Raju Srivastav's rant has received mixed response from netizens. Many called out his goof-up, though some supported him. Many even dug out his old comedies calling it "crass" and "below-the-belt."

Why testing for Covid-19 is still important

Joe Montana shares thoughts on 49ers quarterback situation: 'They should consider all options'

By slimmest of margins, Senate takes up $1.9T relief bill

Dubois scores in OT to lift Jets past Canadiens, 4-3

Officer was on Floyd's neck for about 9 minutes: Prosecutors