Games became an entertainment lifeline for many people hunkered down at home amid the pandemic, and many board game business owners found success pursuing their passion. But now, the board game industry is feeling the disastrous effects of the ongoing global shipping crisis, with some hurting more because demand has risen so high.

As prices skyrocket for both shipping containers and space onboard overseas cargo ships, shipping delays and freight cost increases are hitting board game publishers, and particularly smaller companies, hard. Despite the fact that consumers are buying games, there’s no way for publishers to get products to their customers, says Maggie Clayton, the director of sales and marketing for Greater Than Games.

“We’ve had a container of our most popular game sitting in China since May of this year,” she tells TIME. “We’ve taken pre-orders for it so all of that product is technically sold—except for the fact that we don’t have the games or the money yet. So we’re in this weird situation where there’s high demand for our products because of the increase in people playing games during the pandemic, but we just can’t get the product over here.”

Due to the need for plastics and other raw materials that are usually sourced overseas, as well as the high costs of manufacturing in the U.S., smaller game companies often have no choice but to order their products abroad. Now, board game creators and publishers are trying everything from negotiating to collective action to keep their businesses afloat.

Hasbro, the company behind classics like Monopoly and Clue, reported a game sales jump of more than 20% in 2020, while market research provider Euromonitor International estimated that the value of the global games and puzzles market increased by nearly $1 billion. At Fireside Games, CEO Anne-Marie De Witt says the company’s most popular game, Castle Panic, (a cooperative tower defense board game) also saw around a 20% sales bump. 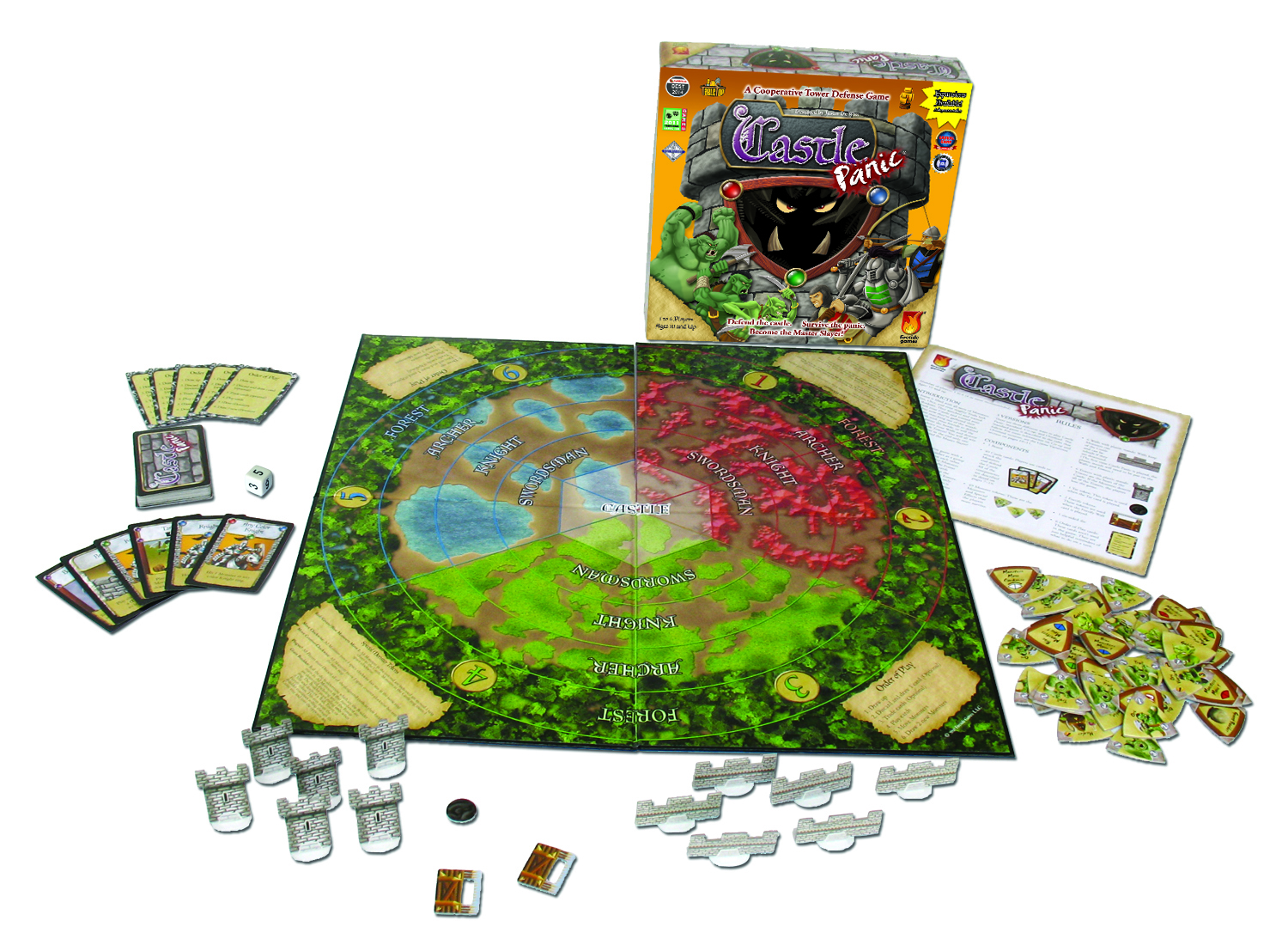 Then the supply crisis hit.

“[W]hile we were still trying to figure out whether we should use traditional metrics to guide us for Q4, if the numbers were artificially inflated by the pandemic, we started hearing about shipping prices rising and rising,” De Witt says. “Then it was like, pencils down. We don’t have time to be precise about what our print rounds need to be. Get some product on a boat.”

"...We're in this weird situation where there's high demand for our products because of the increase in people playing games during the pandemic, but we just can't get the product over here"

While shipping prices had already been climbing prior to the pandemic, they’ve ballooned out of control over the course of the past year. And a rising popularity of games usually means ordering more to keep stock on hand to sell.

Although DUST USA co-owner Gregoire Boisbelaud says game demand was “massively better” than expected in 2020, supply chain bottlenecks have since created huge issues for the company. The company’s popular game DUST 1947 is a tactical miniatures game that incorporates aliens, zombies, “cultists-summoning monsters” and futuristic weaponry, all into an alternate World War II timeline. While DUST USA’s product normally takes five to six weeks to get from China to the company’s Georgia warehouse, Boisbelaud says that hasn’t been the case this year.

“We were supposed to have a shipment from China in February, but it got stuck at the shipping hub for almost a month,” he tells TIME. “It finally left in March and was supposed to arrive in May, but it’s been stuck in port in Seattle since then. So my container is sitting somewhere in a pile of containers. It’s so problematic that we’re probably going to close by the end of the year.”

DUST USA’s issues illustrate how smaller game companies are being forced to make difficult decisions that have the potential to make or break them. While some are choosing to try to absorb the costs associated with the shipping backlog, others have no choice but raise retail prices and, in doing so, risk losing customers.

At Greater Than Games, their most popular product line is Spirit Island, a cooperative strategy game, where players play as spirits with elemental powers. Clayton says they’ve raised the retail price of it by around $10 per copy to account for rising shipping costs. 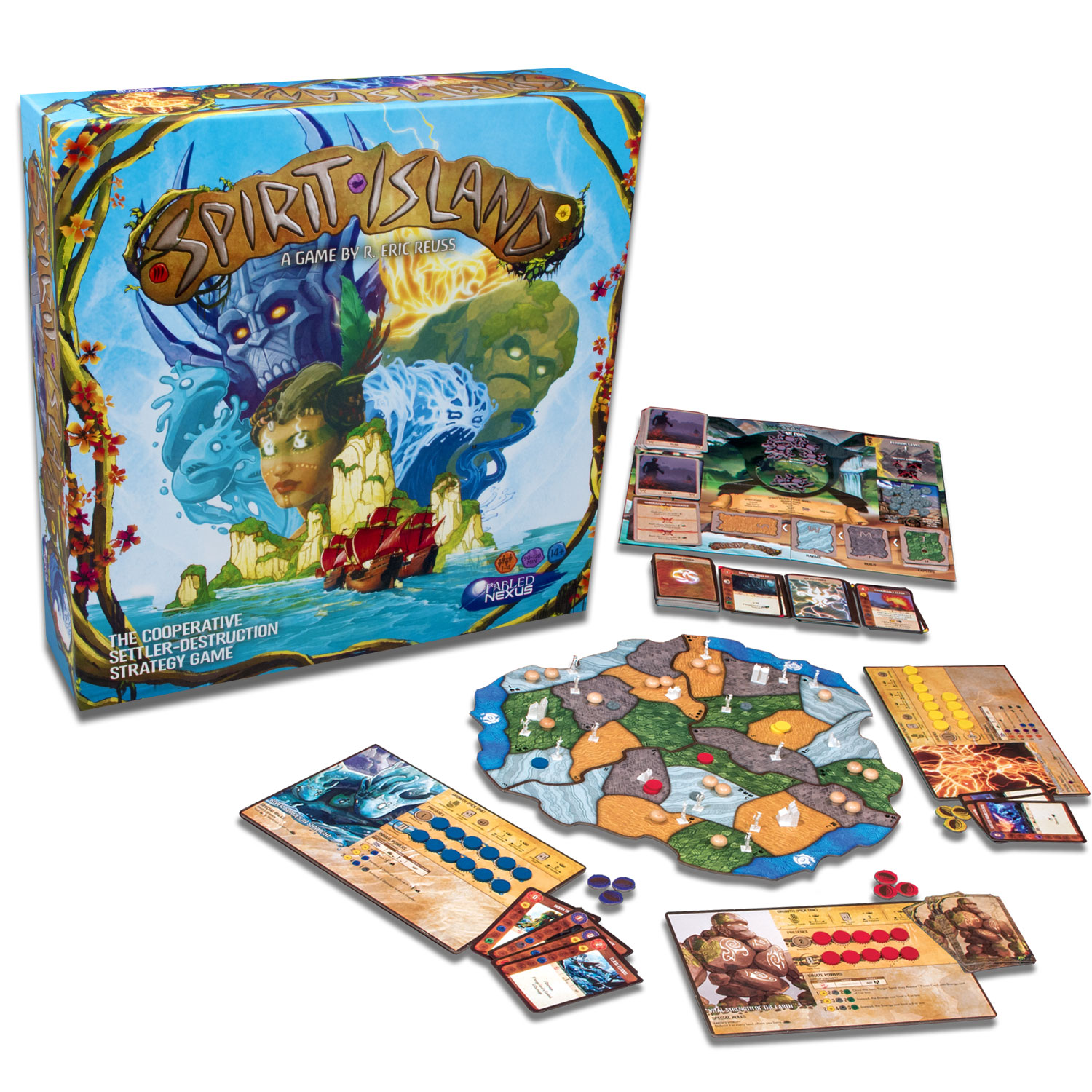 “We’re kind of lucky in the sense that this product is a very heavy strategy game, so a higher price is more acceptable from a consumer standpoint because there’s a lot of components that go into it and the value is still there,” Clayton says. “But as we run into that issue with some of our smaller games, it’s going to be a tougher sell to convince people that a game that feels like it should be $20 is really worth $30.”

Meanwhile, some publishers like Molly Zeff, the co-founder and CEO of Flying Leap Games, have explored creative workarounds to cope with price increases.

Seeing shipping container quotes equalling five to 10 times the cost of manufacturing games like their storytelling-themed Wing It, Zeff says that she formed a collective of 11 other game publishers to try to negotiate lower manufacturing costs. 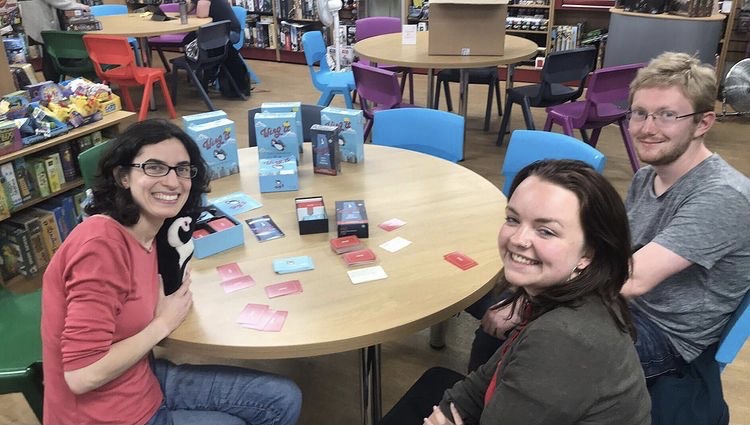 Molly Zeff playing Wing It with two customers at the Fan Boy Three game store in Manchester, England, in 2019.

“I’m very cooperative minded, so I thought, I can give our company more power if I form a collective to help us negotiate,” Zeff says, noting that she contacted over 30 manufactures in 17 countries to ask them about pricing.

Publishers and creators who’ve relied on Kickstarter to crowdfund projects must also factor the games they already owe to backers into their finances. This has created even more issues for publishers whose backers made the decision to fund their project before supply chain hangups were ever an issue.

“There are over 50,000 units of different games, expansions and accessories that we’ve been trying to move for three months,” says Clayton. “This includes our top-selling game Spirit Island and Sentinels of the Multiverse: Definitive Edition, which over 7,000 backers are waiting on.”

Kickstarter plays a huge role in the board game industry, with tabletop games reportedly raising over $146 million on the site in the first half of 2021 alone. More than 1,800 tabletop games have reportedly been funded in 2021 so far, with 28 of these games raising more than $1 million. But in order for smaller companies with crowdfunded products to survive, Zeff says that backers are going to have to be patient.

“Kickstarter is a huge part of this industry,” she says. “So backers of Kickstarters and individual consumers or stores that have pre-ordered will need to realize that they’re going to be waiting on product and that since shipping costs are going up, some of that cost might be passed on to the consumer.”

Read More: This Board Game Designer Isn’t Sorry About Taking a Big Risk

Most of all, Clayton says she wants players to understand that smaller businesses don’t want to have to deal with these obstacles any more than they do.

“Because we’re a smaller business, sometimes it feels more personal when we make a decision like increasing the retail price of a product or not having a product available in certain lines of distribution because some of our fans know us really well,” she says. “It’s a business decision—and not even one that we want to be making. It seems like a big, far off thing when you say global shipping crisis, but all industries are being affected by this in some way, shape, or form.”

The Leadership Brief. Conversations with the most influential leaders in business and tech.