It's Saturday, July 24 -- the official first day of the Tokyo 2020 Summer Olympics. Here's what you need to know.

New Covid-19 cases announced: The global pandemic postponed the Tokyo 2020 Olympics by a year, and even though the Games have now finally started, Covid-19 is still creating difficulties for athletes and organizers.

There have been 127 Covid-19 cases related to the Olympics as of Saturday, with another 17 new infections announced in the previous 24 hours. Although Tokyo 2020 officials haven't revealed which nationalities have been affected, some athletes and teams are making the announcements themselves.

One example is Dutch rower Finn Florijn, whose Olympic dreams were crushed after he tested positive for Covid-19 in Japan on Friday. In a statement released by the Dutch team, Florjin said his Olympic journey was "over in an instant."

"Glimmers of hope": The Olympics Opening Ceremony went without a hitch on Friday night, including a breathtaking drone show, John Lennon's "Imagine" and of course the traditional parade of athletes through the Olympic Stadium.

Amy Bass, a professor of sports studies in the US, said the event offered "glimmers of hope" for what has been a troubled Olympics so far.

The Olympic flame was lit by Japanese tennis star Naomi Osaka, a choice Games organizers said was meant to reflect a "message of diversity and inclusion." In a tweet, Osaka said lighting the Olympic flame was "undoubtedly the greatest athlete achievement and honor I will ever have in my life."

What's on schedule: The opening day of Tokyo 2020 started with a bang, as the first official gold medal of the Games went to Chinese athlete Yang Qian in the women's 10m air rifle.

Plenty of other events are scheduled for Saturday, Friday night US time, including the start of the swimming, table tennis and water polo competitions. Medals for cycling, fencing, judo, taekwondo and weightlifting are also expected to be handed out on Saturday.

The full Olympics schedule can be found here. 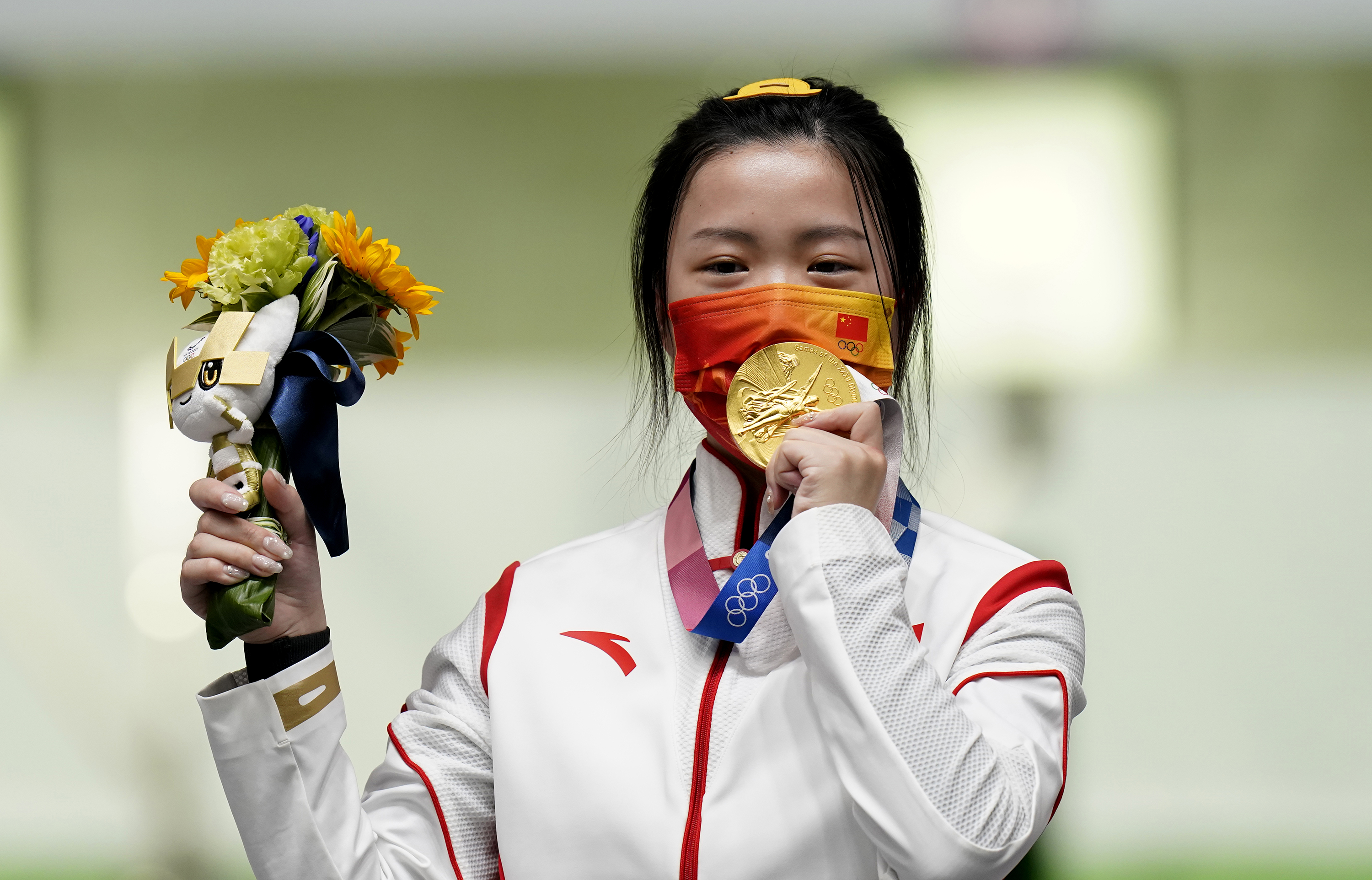 Russian Anastasiia Galashina clinched the silver medal. Russian athletes aren’t competing under their national name at the Olympics due to continuing sanctions over doping. They are officially recognized as members of ROC, an abbreviation of the Russian Olympic Committee. 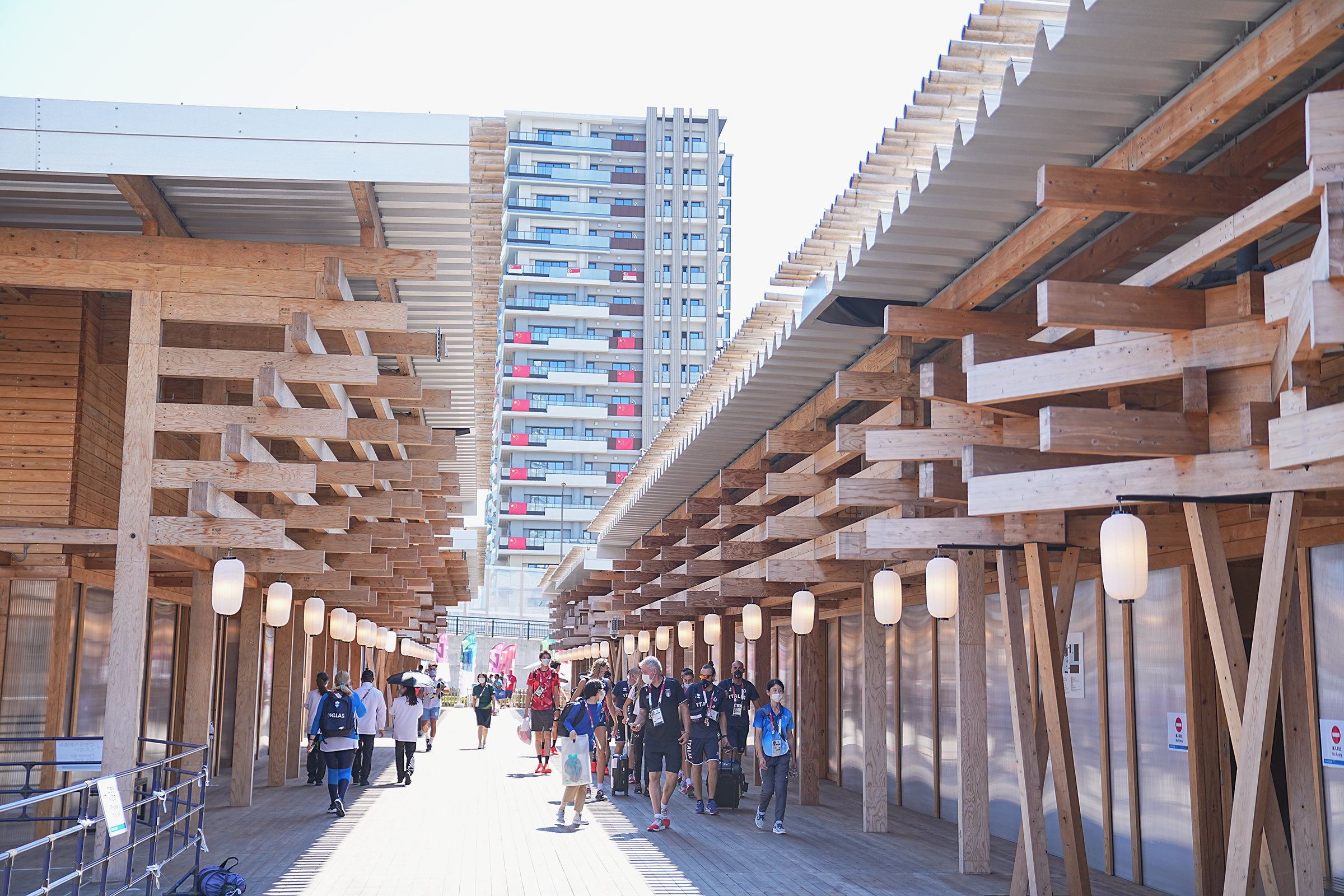 The Tokyo Olympics are officially underway, but concerns surrounding the pandemic still remain.

At least 22 athletes have seen their dreams of competing in the Games dashed after testing positive for Covid-19, forcing them to withdraw from the competition. Some tested positive after they landed in Japan, while some did before coming.

Here's a look at some of the Covid-19 measures implemented at the Olympic Village and Games venues: 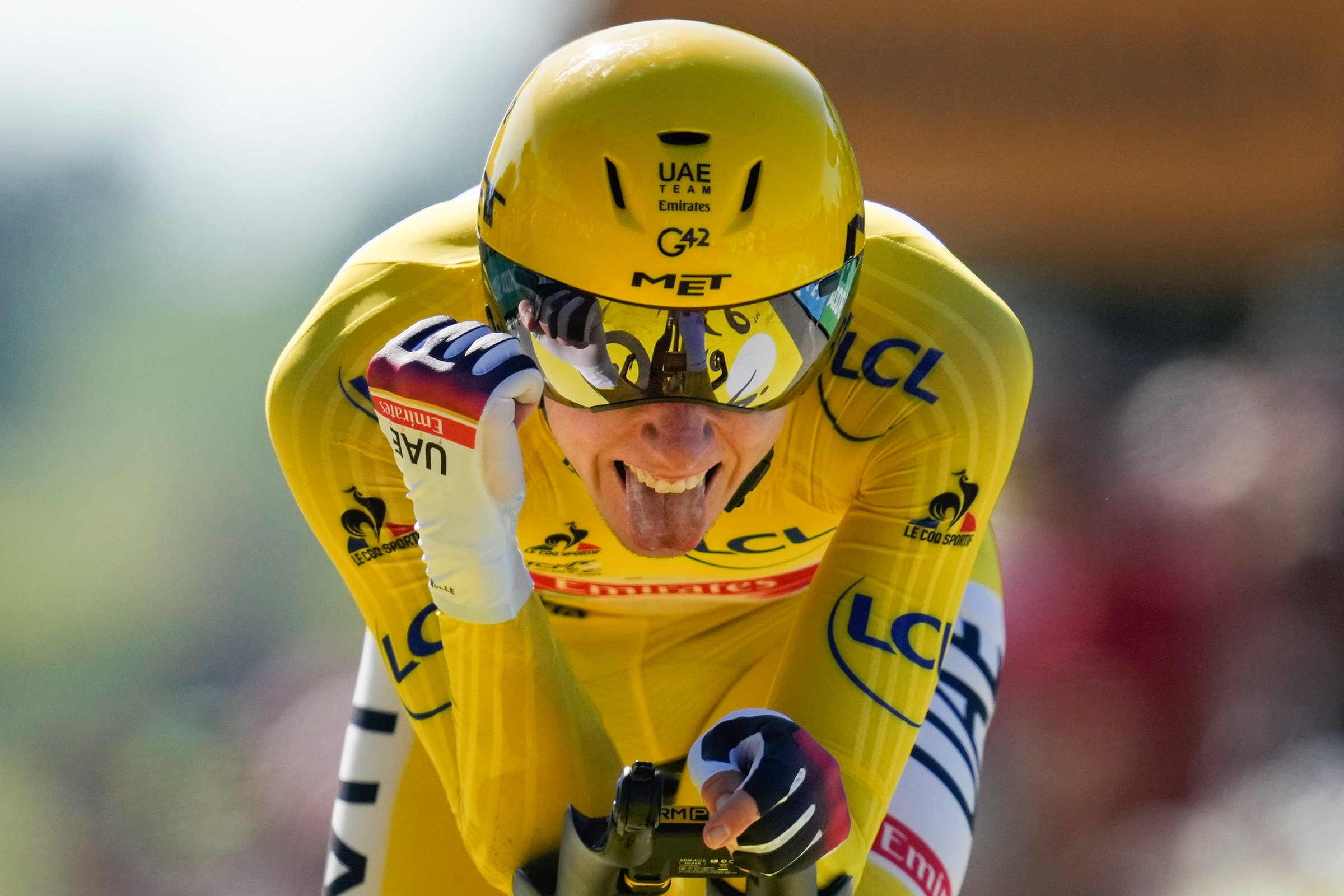 Tadej Pogacar celebrates as he crosses the finish line of the 20th stage of the Tour de France in Saint-Emilion, France, on July 17. (Daniel Cole/AP)

Cyclist Tadej Pogacar is having a stellar 2021.

The 22-year-old Slovenian has just won his second Tour de France and on Saturday will attempt to win the gold medal in the Olympics road race.

He's the first Olympian in CNN’s Athlete of the Day series during the Summer Games. 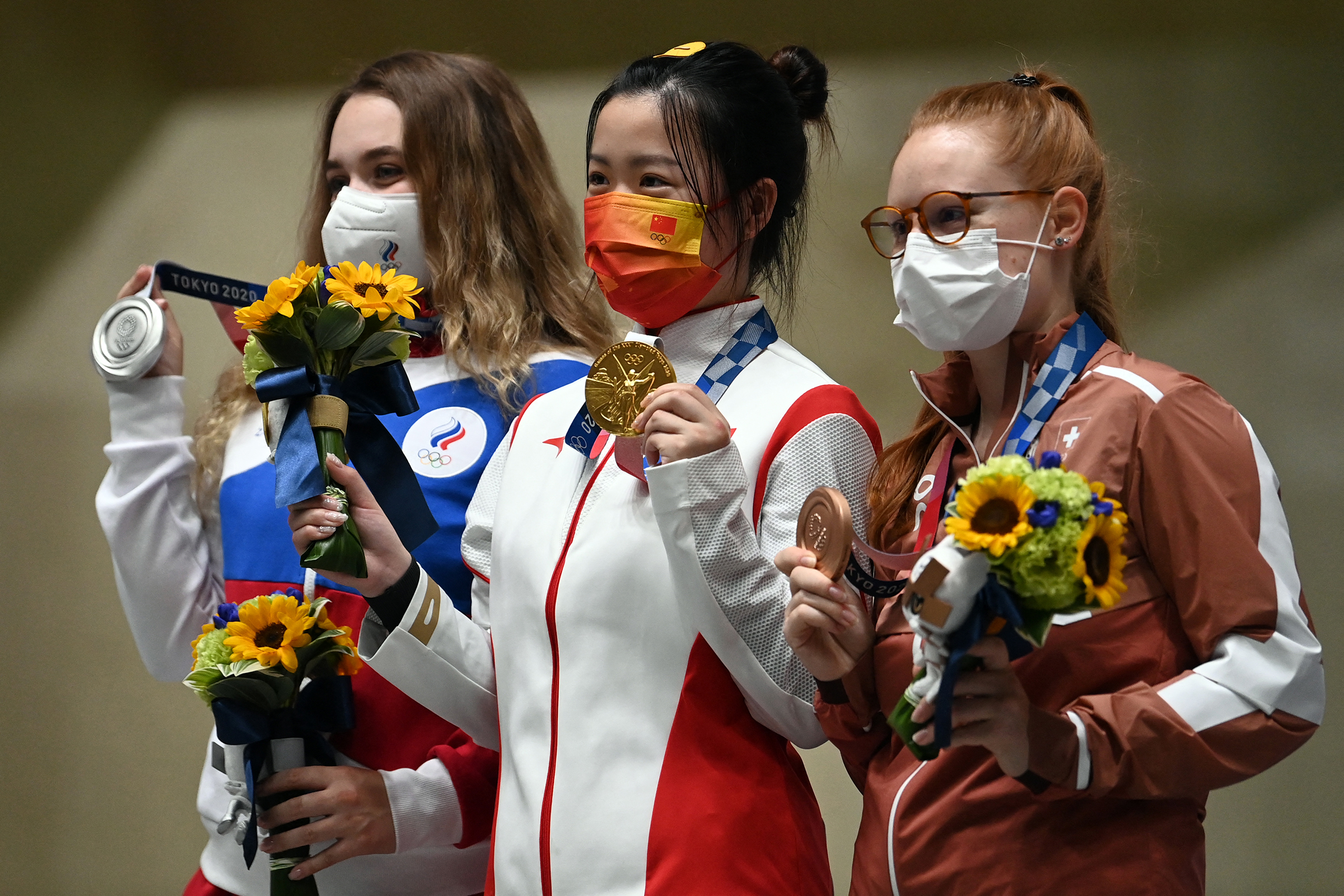 It's the first day of Olympic medal events following yesterday's Opening Ceremony, and there are 11 on the schedule.

Here's a look at the medals on offer:

The Summer Olympics have provided us with many unforgettable moments over the years.

These include record-breaking performances and phenomenal displays of athletic skill. But some also transcended sport.

Five years ago, Jamaican sprinter Usain Bolt looked back at his Olympic competitors during a 100-meter semifinal at Rio 2016.

The effortless ease, the legs and arms working in perfect symmetry and then the cheeky grin. Has an Olympian ever made dominating their chosen sport look so easy?

Bolt won the final a short time later, becoming the first man in history to win the 100 meters at three straight Olympics.

The Jamaican, the world-record holder in the 100 and 200 meters, won eight gold medals during his legendary Olympic career.

Read about more moments and see the photos below: 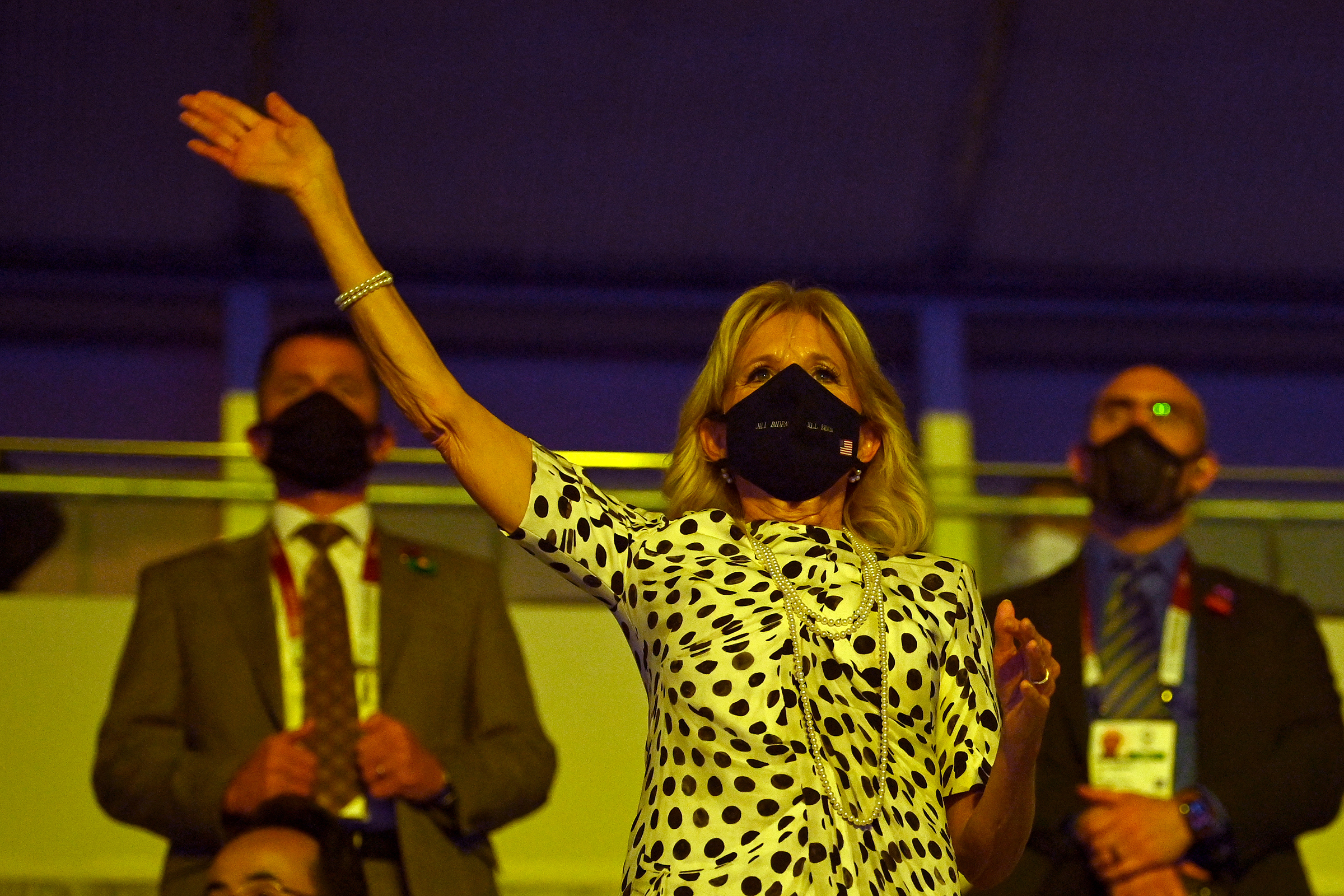 Biden is leading the US delegation at the Games -- her first solo trip abroad as first lady of the United States.

Here's a look at the Team USA games and events she will be attending, according to the White House:

After that match, she’ll depart for Honolulu, where she’ll visit a vaccination clinic and greet military families.

More on the first lady's trip: Biden has had a packed schedule in Japan. Her schedule has included not only the Olympic Games, but at least two diplomatic events, notably meeting with Japanese Prime Minister Yoshihide Suga and Emperor Naruhito. On Friday, she attended the Opening Ceremony that officially kicked off Tokyo 2020.

This is not Biden's first time at the Olympics in support of America's athletes. As second lady in 2010, she and then-Vice President Joe Biden attended the Winter Olympics in Vancouver, Canada.

Alex Ferguson: For a hundred years we have been moaning because of the decisions of the referees. Now the VAR judges are wrong
We start a new Showsport series with Liverpool: we go to every club of the Premier League and tell everything about the city and traditions
Holand gave Suarez's son an autographed T-shirt for his birthday
The Dubai-based company is ready to buy out Barcelona's debt of 1.5 billion euros. The club can be given a delay of 2 to 12 years
Aguero can make his debut for Barca on October 17 - with Valencia at the Camp Nou
Wirtz's father: Florian wants to play an important role in Bayer for 2 years. What will happen next is unknown
Anelka on PSG: Messi must serve Mbappe. Kilian has been at the club for 5 years, and Leo should respect him

Trump told Putin at G20 he would act tough just 'for the cameras', new book reveals

Home heating sticker shock: The cost of natural gas is up 180%